As texting turns 30 this year, our enthusiasm for SMS is on the wane. ANNA PURSGLOVE explains why youngsters wouldn’t dream of doing it – and how your texting style gives away your age

In fact, Gen Z is totally incredulous that the rest of the population is still engaging with something as flawed as the text. You can’t tell if the recipient has read your message, plus texts cost money, the messages don’t save when you change your phone and senders can choose to hide behind an ‘Unknown Caller ID’.

Yet this year marks texting’s 30th birthday. On 3 December 1992, the then 22-year-old British software developer Neil Papworth sent the words ‘Merry Christmas’ to a colleague. The communication was made from a PC because in 1992 phones didn’t have keypads. 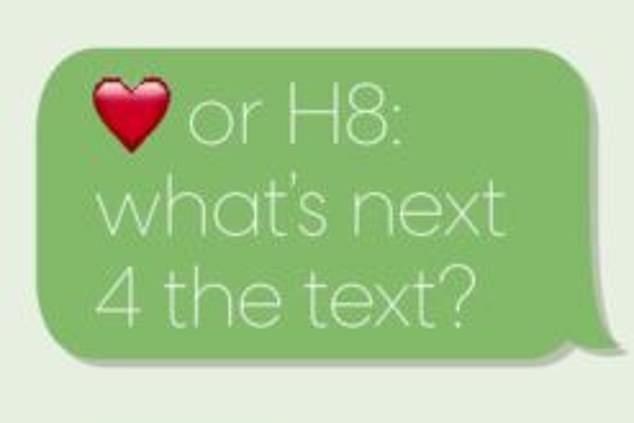 This year, 2022, marks texting’s 30th birthday – on 3 December 1992 it launched. You can now tell how old someone is because of the style of their texting

So what’s next for the text as we celebrate this great (Gr8?) milestone? The initial prognosis doesn’t look good: in 2014, for the first time, the volume of texts started to decline, with SMS messages in the UK falling from 152 billion to 145 billion. More recently, Ofcom reports that around 65 billion messages were sent in 2019, down from just over 74 billion the previous year.

But as it moves into its fourth decade, the text – although no longer the newest nor the most popular kid on the block – is morphing into something of a glamorous matriarch. The Joan Collins of the comms world.

As though to cement this new persona, that first text was sold at auction late last year for around £90,000. (How do you auction a text? As a ‘digital asset’, it’s complicated; suffice to say that you can’t frame it and hang it over the mantelpiece.)

Global grandees, meanwhile, are still texting away – and they’re definitely not apologising for it. In May, America’s First Lady Jill Biden revealed she and the President are heavily into ‘fexting’ (fighting on text). Flotus didn’t reveal the content of their fexts, but it seems likely that someone knows, given that presidential communications (texts included) are preserved for the historical record.

If one of those (‘I h8 u’?) ever comes to light, the auction price is likely to blow Neil Papworth’s ‘Merry Christmas’ message out of the water.

This year, even Buckingham Palace took inspiration from texts, releasing a cute, crown-wearing corgi emoji called PJ to accompany jubilee hashtags. Gen Z was quick to point out that PJ is, technically, a sticker rather than an emoji (because he employs something other than a facial expression) but, hey, they’re trying.

As texting eases into middle age, the burning question is whether it can win round younger generations – after all, Gen Z has managed to save vinyl. We know they love anything that they view as being part of the ‘Y2K’ (year 2000) trend, so maybe there’s hope for the SMS yet.

Meanwhile, the text continues its journey from basic communication tool to nuanced art form, one which can now reveal much about its originator. We’ve yet to hear of a crime solved because a text message gave away the age of the perpetrator, but text analysis must surely take the place of handwriting analysis in a court case soon.

While we wait for the SMS to go retro-cool, here’s our handy guide to deducing the vintage of your sender…

You’ll know if the communication has come from someone born pre-1945 because it probably will be a response to a text sent a year ago. The reason for the delay is that they put the phone in a wardrobe so it wouldn’t run out of charge. 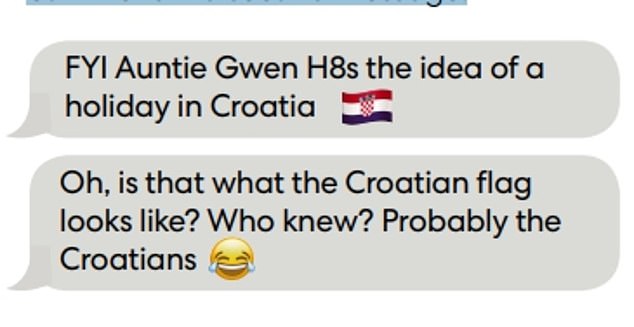 Boomers are fully invested in text speak. So if the message is peppered with ‘Gr8’s, ‘H8’s or ‘B4’s then you’re likely to be looking at a sender in their late 50s or older

Boomers are fully invested in text speak. So if the message is peppered with ‘Gr8’s, ‘H8’s or ‘B4’s then you’re likely to be looking at a sender in their late 50s or older. Similarly, they will have adopted text abbreviations, so a preponderance of FYIs, IDKs, LOLs or IMOs is indicative of a Boomer sender.

Excessive emoji use is also possible although – and this is crucial – it will be in addition to rather than instead of text and will be there because the smartphone inserted it automatically. Given that the emoji has come as a surprise, it will generally require comment in a second message: 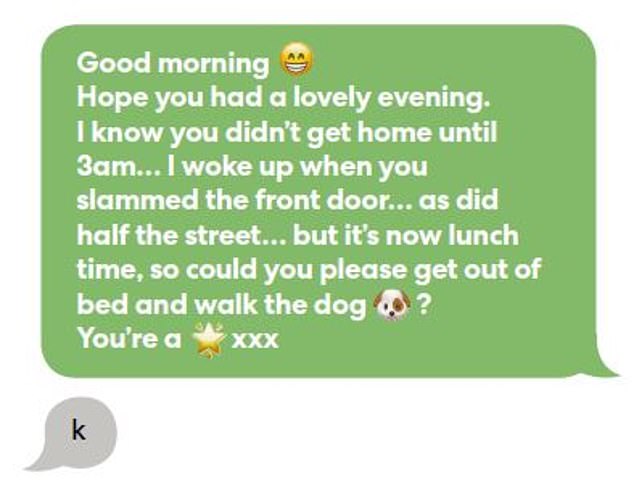 The ellipsis has been identified as a classic Gen X trait although nobody appears entirely sure why this is. Possibly they want to give the impression that they’re too busy running the nation to bother with other punctuation… possibly it’s that their repressed anxiety (overt anxiety, you’ll note, is a millennial trait) means they aren’t confident enough to commit to a solid ending. The full stop is a bit final, while the colon might make them look like a Boomer.

Emoji use is also a Gen X trait, although a message sender of this age group will use them in isolation and may also attempt ironic usage. The latter will be based on something their Gen Z kids told them was cool (such as a skull or coffin emoji to mean ‘died laughing’) but that Gen Z hasn’t used in, like, forever.

Finally, Gen X use kisses. Lots of them. All the time. Relationship to recipient not important.

Millennials never use kisses. It’s passively needy, and this generation wears its neediness on its sleeve.

Emoji usage falls off sharply in this age group too because – again – they don’t need your digital approval, thanks anyway. If you don’t understand that their message was light-hearted (without the inclusion of a laughing face) then that’s your problem.

They’ll use punctuation and capital letters (particularly when dealing with Gen X and Boomers) and they won’t shy away from a full stop when they’re done with you.

The broader point, of course, is that millennials don’t really use text. For them, it’s pretty much always been around so feels old (and expensive). See you on WhatsApp, if you must, but can’t we just move it all over to Instagram and say it with pictures?

If it’s got a capital letter in it then it wasn’t sent by a Gen Z. They don’t use them. Ever. Everyone understands what you mean in lower case, so why bother?

Gen Z only texts when there’s absolutely no other option, and the communication will be characterised by its austerity (no capitals, no punctuation, no emojis, no whole words).

When Gen Z is feeling chatty, you might be treated to an abbreviation (cba: can’t be arsed) but if they can get away with using part of a word or, ideally, a single letter, then so much the better. The explanation for this economy is possibly that texts are so alien to this generation that they haven’t yet realised that you pay per text rather than per character.