4 Dating Behaviors That Mean Someone Is Trying To Cuff, So Get Ready To Cuddle

Bust out the fall brews and fire up your dating apps, fam — because cuffing season is nearly in full swing. That means you could be just one swipe away from having a seasonal partner-in-crime. Some may scoff at the idea of finding a temporary bae, while others are grateful to lock down a little lovin’ for the colder months. But whether you’re in the former or the latter category, know this: there are dating behaviors that mean someone is trying to cuff. And it’s obviously useful to know these signs so that you can assess whether you and your crush are on the same page.

But let’s take a step back and review what all this cuffing business is about, shall we? The term refers to a time of year between October and February when people are more likely to pursue dates and relationships. It makes sense why this phenomenon happens during the fall and winter — after all, having a cold-weather boo means you have someone to chill with when you’re too lazy to go out, and a guaranteed date to all those holiday parties. According to matchmaker and CEO of Exclusive Matchmaking Susan Trombetti, cuffing someone typically falls somewhere in between a casual hookup situation and a serious long-term relationship. In other words, you’ll still post cute photos of your apple picking date on the ‘gram, but you likely won’t be securing plans to go to a wedding together next summer.

Wondering where your date stands? Here are some signs that they’re seeking a snuggle partner for the colder season (and potentially beyond). 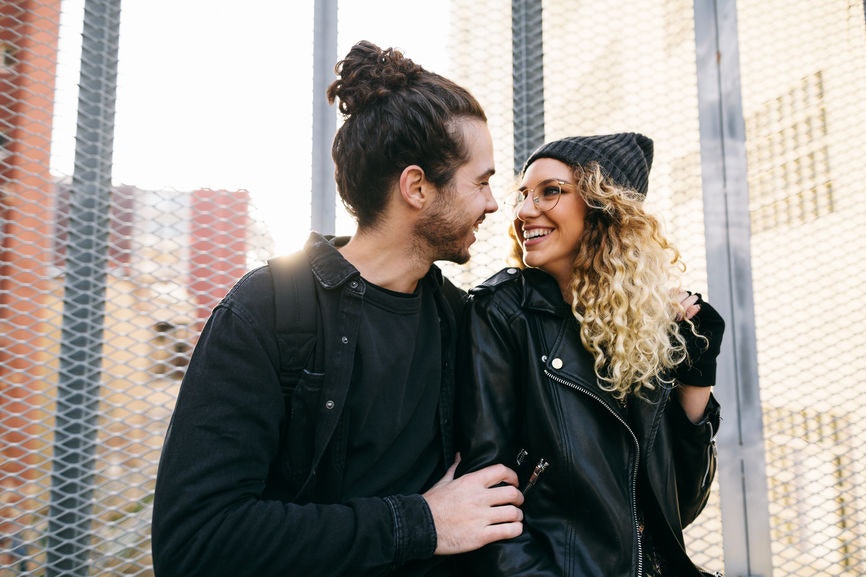 According to Trombetti, if someone is looking to cuff, they may be thinking more about the present than the distant future. As such, you may find that you have a blast on your dates, but may not actually be compatible enough to go the distance. If they don’t seem concerned with the fact that you have mismatched values or goals for the future, then they may just be trying to cuff for the colder season.

“They say some people come into your life for different reasons and seasons,” says Trombetti. “With cuffing, it’s no different, and it’s for two seasons only: fall and winter.”

That’s not to say that a cuffing season relationship definitely can’t last, however. In fact, a 2018 Elite Daily study of 119 people between the ages of 18 and 38 found that more than half of participants’ cuffed relationships lasted for a year or more.

They proactively make regular plans to hang — but they haven’t tried to define the relationship.

A cuffing relationship can feel a bit like a limbo between casual and serious. You’ll likely have regular dates — say, on a weekly basis. But at the same time, your potential boo might not be making moves to put a label on things or introduce you to their family just yet.

As Trombetti puts it, you’ll likely start to feel an increasing level of comfort and contentment with someone who’s trying to cuff you, especially because you’ll likely get the feeling (or they’ll flat out tell you) that they’re not seeing anyone else.

Your dates mainly consist of hibernation. 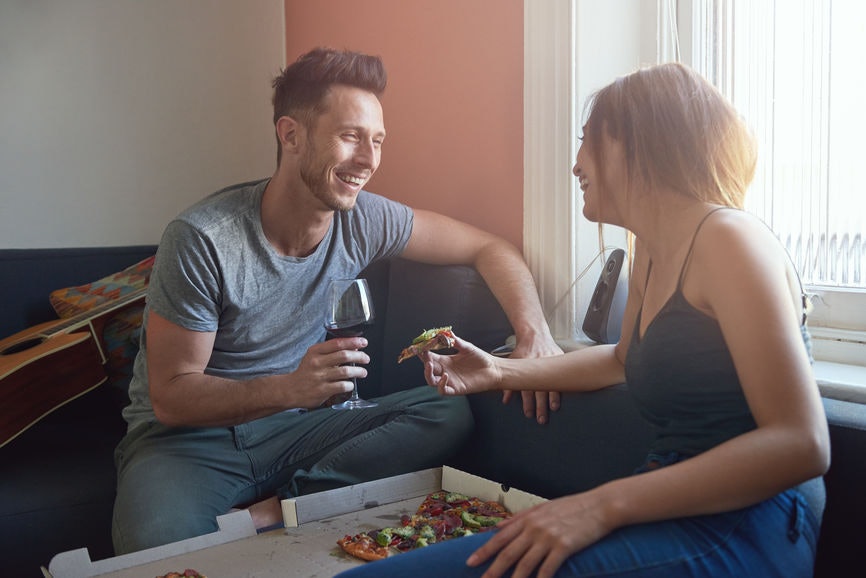 Real talk. How many of your recent dates have involved your couch, a bottle of wine, and a movie? According to Trombetti, if you’re frequently ordering takeout and binge-watching Netflix together on a Friday night (or a Sunday or Monday night), that could mean that you’re being primed for cuffing.

“It feels relaxed with no pressure,” she adds. “After all curling up on the couch with someone is cozy and romantic. Who says they have to be ‘The One’?”

They hint — or flat out tell you — that they’re itching to cuff.

If your new boo says things like, “I hate being single on New Years,” or “I’m so relieved they have a date for my office Christmas party,” those are subtle hints that they’re gearing up to cuff. They might casually mention that they just re-downloaded their dating apps after summer ended. Or, they may be more direct and straight-up tell you what they’re looking for.

“Your cuffing partner might just come out and say that this is what they want,” explains Trombetti. “There is nothing wrong with this, and there are all sorts of relationships nowadays. Not everything is about the finish line.”

Now that you’ve caught on to your date’s intentions, it’s time to figure out whether you’re down to cuff. Remember: What starts out as a seasonal fling can very easily transition into something more serious — if both people are open to it. If that’s what you’re ultimately hoping for, it’s a good idea to maintain open communication with your partner to ensure you’re on the same page. Bottom line? There’s nothing wrong with pursuing a season-long cuddle partner — and provided you have the same romantic goals, there’s no reason why it can’t survive past February. In the meantime, it’s all about taking full advantage of the many cuffing perks — like posting the hell out of your couples Halloween costumes, going on a romantic ice skating date, or sipping cocoa from the comfort of your own abode.