4 Signs Your Mentor Is The Real Deal, As Told Through Zoey Of ‘Zoey’s Extraordinary Playlist’

Life is a lot less confusing if you can find a guide to ferry you through your various predicaments. Whether it’s a college advisor, a great manager, or just a random wise neighbor who has seen it all, we can all use the help of a mentor.

In Zoey’s Extraordinary Playlist, Zoey Clarke (Jane Levy) finds herself hearing the innermost thoughts of people she knows through song, following a bizarre occurrence during a routine brain scan. This is a serious problem for a person like Zoey, who you’re more likely to find listening to civilized talk radio than blasting EDM through her subwoofers. All of a sudden, it feels like her life is flailing, and she is in serious need of guidance.

But amidst all that, Zoey is killing it at work. As one of the only female coders at her company SPRQ Point, she may endure the casually sexist cracks of her male co-workers, but has all the talent to make it. In fact, she’s noticed by her brilliant, mercurial, intimidatingly direct boss Joan (Lauren Graham) — one of the only other women in the programming department — for a big promotion at her company. As Zoey moves up the ladder, she gets closer to Joan, finding a valuable mentor in her, and their relationship helps both of them grow, both personally and professionally.

According to Zoey, here are the various ways that you know your mentor is the real deal like Joan. Make sure to follow their journey Zoey’s Extraordinary Playlist, now streaming with new episodes starting Sunday, February 16th on NBC.

1. They see your inherent talents. 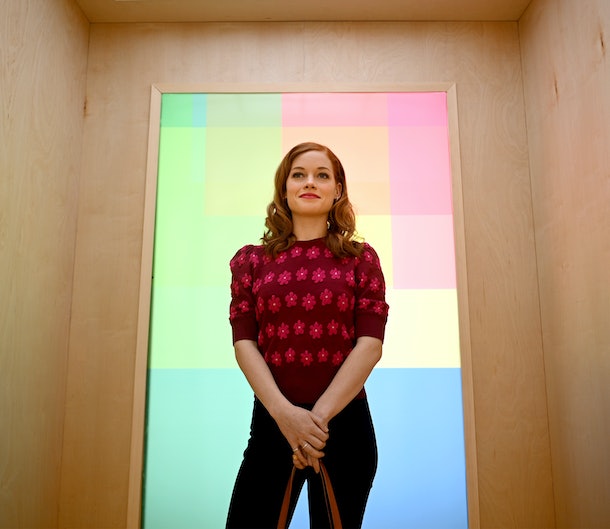 A good mentor can pluck you out of obscurity and groom you to a point where you actually believe in yourself and your talents. But before you run into a person like this, you’ll probably need to put your talents out there a little bit. This is just what Zoey does in her job as a computer programmer at SPRQ Point. Part of her magic is just doing her day-to-day brilliant work, which is what makes her stand out to Joan. Because Joan has taken a shine to our heroine, she lets her know that it’s between her and one other person for a big promotion. The one hitch? She needs to see more of a leadership instinct from her. That bit of information is worth its weight in gold, and it happens to be part of the fuel that lights Zoey’s fire to go for her dream. 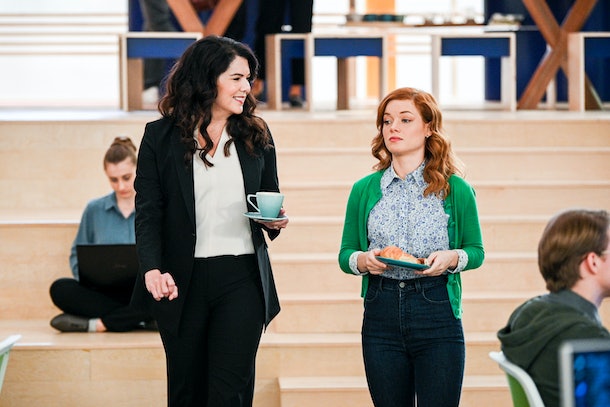 A mentor is there to help you gear up for the difficulties of the real world. That said, you don’t want to follow the advice of someone who is just going to give you vague, superficial assessments of how "you’re doing fine, just keep doing what you’re doing." For instance, Joan is honest about the obvious talent she sees in Zoey. But when she sees her distracted, in the midst of those pesky sonic hallucinations, Joan doesn’t sugarcoat her assessment. "Do you really want this promotion?" she asks her, which is just what Zoey needs to hear to get back to work, and have a brilliant idea that fixes a major bug in her company’s system.

3. They’re ready to help you refine your skills. 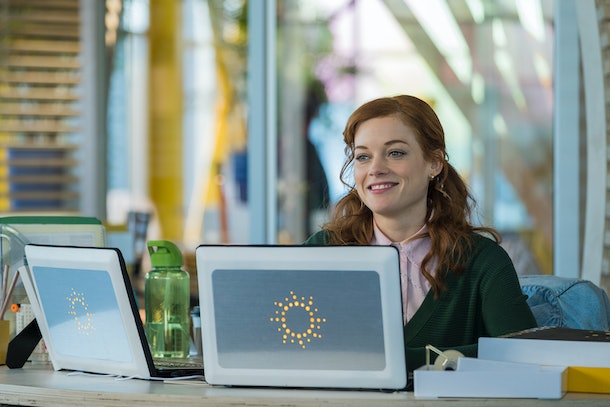 To put it lightly, Zoey totally eats it during her first interview for the big promotion at SPRQ Point. When asked, she can’t verbalize why she’s manager material, and downplays her accomplishments in every way. Joan isn’t happy with the lackluster answers she gets from this promising young woman, but she gives her another chance, teeing Zoey up to nail the interview. Look out, corporate ladder — here comes Zoey!

4. They want to treat you like an equal… eventually.

A great mentor doesn’t want you to stay below them on the ladder forever. The eventual goal is to get you to a place where you can spread your wings and fly. This is definitely the case with Joan and Zoey. Once their relationship changes, the two generationally-different women have their roles reversed. Joan is going through a difficult divorce, and with Zoey’s new ~intiutive~ musical powers, she hears Joan belting out a song expressing her frustration in the office bathroom. Zoey is able to offer her some great advice, and just like that, the student has become the master.

This article is sponsored by Zoey’s Extraordinary Playlist with a new episode on Sunday, February 16th on NBC—and it’ll be streaming the next day.