Delilah’s leaving — for now — but don’t expect her to be gone for good. HL spoke EXCLUSIVELY with DJ Nash about Delilah’s temporary exit, Gary’s guilt, that life-changing phone call for Eddie, and more.

A Million Little Things kicked off season 4 with a number of major changes for the group. Delilah has decided to go back to France, with Danny and Charlie in tow, while Sophie stays behind. Peter is now in the hospital after Gary’s attack, and Gary didn’t work alone. He had help in a major way.

HollywoodLife got EXCLUSIVE scoop from showrunner DJ Nash about whether or not we’ll we Delilah again in the near future. He also weighed in about how long Gary will be able to keep his secret from everyone. He teased that we’ll learn more about the woman who claims to have hit Eddie, and she will have a serious effect on Eddie throughout the rest of the season. 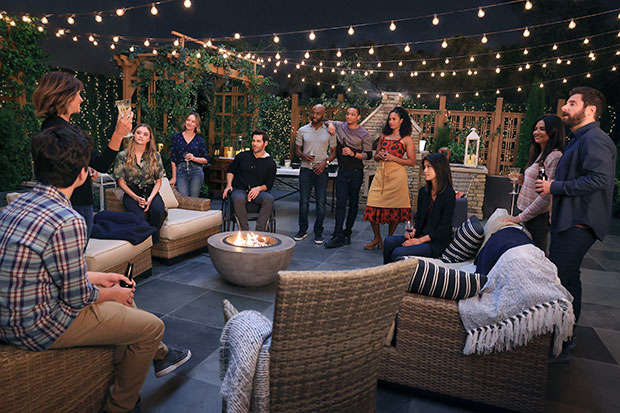 The season 4 premiere ended with Delilah’s goodbye. Is Stephanie Szostak leaving the show? What’s her status with the show?
DJ Nash: Stephanie is amazing. Even though back in the day, we read a bunch of people to play Delilah, I can’t imagine that part being played by anyone else. She’s not leaving the show. Because of the quarantine and because of COVID and everything, she sort of wanted to be home in Connecticut with her family, with her boys, and we totally get that. What we did is we wrote Delilah going to France so that when she was available and when it worked for the story, she could be there. But we also wanted to be aware that this is a group of friends who are so tight and so close, so when we do things like celebrate Maggie’s 30th birthday and other events that we do, it had to also make sense that Delilah wasn’t there. They all seem to show up at the hospital the second someone needs a stitch, so by writing her to be in France, we have the ability to have her fly home whenever we want, but be there whenever Stephanie needs to be in Connecticut.

Eddie is clearly on a mission to find out this woman who says that she hit him. Will we find out the identity of this woman?
DJ Nash: Oh, yeah. It’s coming. It’s so funny because this is my first drama, and a lot of shows will make you wait. I don’t want to make you wait. You will find out very, very soon who this person is, and then there’s a backstory and a story that goes with this person. It’s hopefully very compelling.

This is a life-changing discovery for Eddie and when he finds out who this woman is, how is he going to handle that?
DJ Nash: We did this thing last season where we wondered who it was. He wondered who it was. The audience and Eddie’s experience was very similar, and just when it was off your mind for a second, that’s when she called. Hopefully, that sort of slight of hand worked. In that episode, hopefully, people thought it was another solicitor or prank call, and then it was this woman. For Eddie, it’s going to peel back all the things he tried to resolve without knowing, and I think there’s going to be feelings of anger, sadness, hurt, just a ton of different emotions he feels which will then be further complicated when we learn her backstory.

Gary went after Peter at the end of season 3, but he didn’t work alone. He had help from Layla’s dad. We already see Gary regretting the decision he made. How long is he going to be able to keep this a secret?
DJ Nash: My wife watches the episodes when they air. So we watched the finale together, it’s great for me because I get to see sort of what the reaction is. We watched the finale and she immediately said to me, ‘But nothing happened. The wife came home. He was fine.’ I never tell her ahead of time. She’s like, ‘I need to know. I want to know.’ I’m really excited about this journey that’s happening because something did happen, and it was a pivotal decision that he made. The heartbreaking part of it is that had he received that voicemail from Darcy just an hour before, maybe that decision would be different. I think it was a combination of the guilt was feeling over having pushed Peter to accept Sophie, the guilt, the loss of Delilah moving. As he says to Delilah, ‘I would do anything for the family.’ And he does. The question is, what price does he have to pay for that? And that’s what we’re watching. 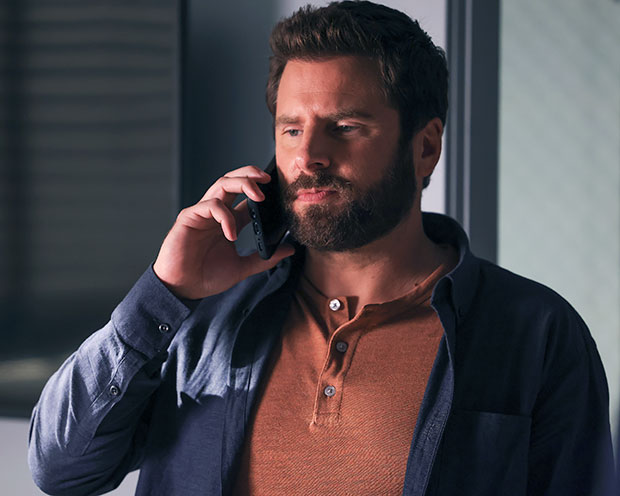 We see Sophie saying that she wished Peter would have heard what she said on the podcast. I know you don’t like to keep secrets, so will Sophie find out what Gary did?
DJ Nash: It’s really interesting. The original story is loosely based on something that happened to a writer in our room. When I had the idea for this bag on the head moment for the finale, I really only needed one person to be okay with it. And that was her. So I called her up and I said, ‘Hey, what do you think about this?’ And she was like, ‘Oh, I really like it.’ And I think she liked it because there’s a part of her that would have loved to see this happen. I think she loved it because there’s a part of her that knows that that’s not the right answer. I think both the survivor in her and the writer in her found it to be perfectly complicated, which is what it is. I think, as we’re talking about the fallout of that, there are so many people who are hurt by what Peter did, and we can see that. I think Gary goes into this not knowing that he’s going to cause Sophie this further pain. He discovers that at the end of the premiere, and very soon after, the secret of what Gary did. It may come out and if it does, how does that affect his relationship with Sophie? She’s already lost her dad, she’s lost her mom to France. She in some ways lost Eddie with the affair. Gary was a constant rock in her life. And if she loses that, what happens to Sophie?

Will we see more of Layla’s dad as well?
DJ Nash: Yes. He’s an incredible actor. Michael Weston is incredible. The detective who handled Sophie’s assault, the fact that he’s now asking questions, and that he’s not the home invasion detective… why is he assigned to this case? Why is he coming in to start asking questions? That’s because he’s suspicious. So there’s a lot more to happen here and to see with how that plays out.