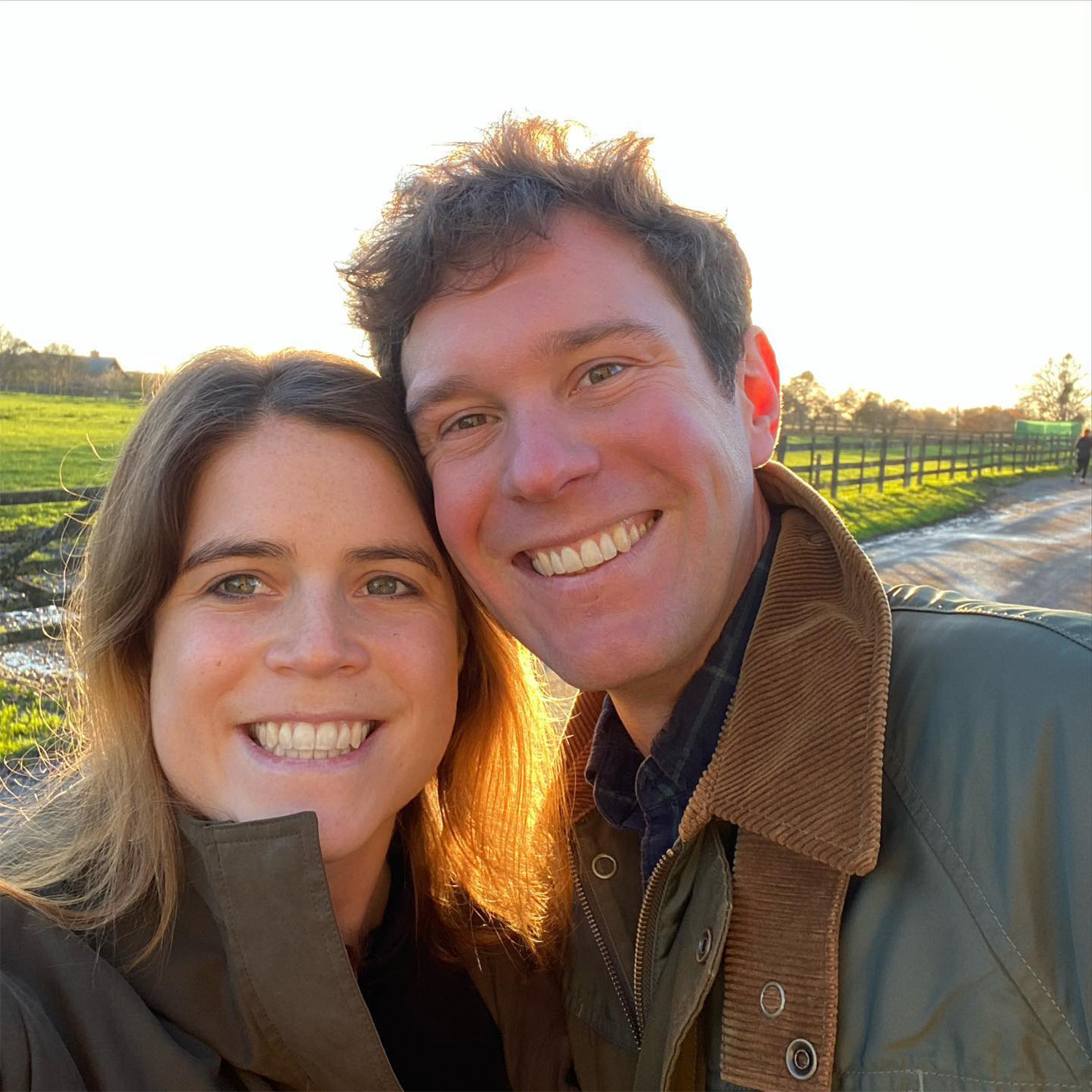 Another royal baby! Princess Eugenie revealed on Tuesday, January 24, that she is pregnant with her and husband Jack Brooksbank‘s second child.

Princess Eugenie and Jack Brooksbank: A Timeline of Their Relationship

“We’re so excited to share that there will be a new addition to our family this summer,” the 32-year-old princess captioned a sweet pic taken by Brooksbank, 36, of her and son August, 23 months.

Eugenie first met Brooksbank at a ski resort in Verbier, Switzerland in 2010.

“We met when I was 20 and Jack was 24 and fell in love,” the Newcastle University alum — whose parents are Prince Andrew and Sarah Ferguson — gushed in a BBC interview following their 2018 engagement. “We have the same passions and drive for life.”

In January 2018, Buckingham Palace announced the news that the princess and the bar manager were engaged. “The Duke and Duchess of York are delighted to announce the engagement of Princess Eugenie to Mr. Jack Brooksbank. Her Royal Highness and Mr. Brooksbank became engaged in Nicaragua earlier this month,” they shared at the time.

One month later, the royal couple tied the knot at Windsor Castle. After two years of marriage, Eugenie revealed that she was pregnant with her first child.

“Jack and I are so excited for early 2021,” the royal family member captioned her Instagram pregnancy announcement in September 2020, alongside a slideshow of photos that included the duo holding out a tiny pair of bear slippers.

During her pregnancy, Eugenie connected with her cousin Prince Harry‘s wife, Meghan Markle, who was pregnant with daughter Lillibet at the time. The Duke and Duchess of Sussex are also parents to 3-year old son Archie.

“They are sort of an unlikely pair, but remain in contact. They bond over their pregnancies,” an insider exclusively revealed to Us Weekly in February 2021. “Eugenie is really the only member of the royal family that Meghan is still close to.”

“We wanted to introduce you to August Philip Hawke Brooksbank.. 💙💙💙,” Eugenie shared via Instagram at the time. “Thank you for so many wonderful messages. Our hearts are full of love for this little human, words can’t express. We are excited to be able to share these photos with you.”

A few days after August’s birth, the Blue Marine Foundation ambassador opened up about how she chose to name their son after her grandfather Prince Philip. Eugenie and her sister Beatrice are two of Queen Elizabeth II and Prince Philip’s eight grandkids.

“On his grandfather’s birthday weekend, thinking of my grandfather, we are introducing our little boy,” Eugenie wrote via Instagram Story at the time. “He is named after his great grandfather and both of his great x5 grandfathers.”

In December 2022, Eugenie made an appearance on the Sussexes’ Netflix docuseries, Harry & Meghan, when she went to visit her cousin, 38, and the Suits alum, 41, after they moved to the United States. The couple’s relocation followed their exit from the royal family in March 2020.