A who’s who of the ’70s disco scene! Liza Minelli, Andy Warhol and Bianca Jagger look effortlessly chic in candid snaps from the personal collection of Valentino co-founder Giancarlo Giammetti

From Bianca Jagger to Andy Warhol, this fascinating set of Polaroids captures some of the biggest names on the New York disco scene in their heyday.

The snaps were shared on Instagram by fashion mogul Giancarlo Giammetti, co-founder of Italian fashion house Valentino and onetime lover of his business partner, Valentino Garavani.

Together the pair attended dazzling dinner parties with some of the biggest names in fashion, music and art, including Diane von Furstenberg and the vivacious Liza Minelli.

Giammetti, who has been dubbed the most ‘well connected man in fashion’, was on hand to capture his friends on a Polaroid camera and kept the snaps for decade in his personal collection.

He shared the photos on social media this week in honour of Netflix series Halston, and the man who inspired it, captioning the series: ‘My time in Halston’s days.’ 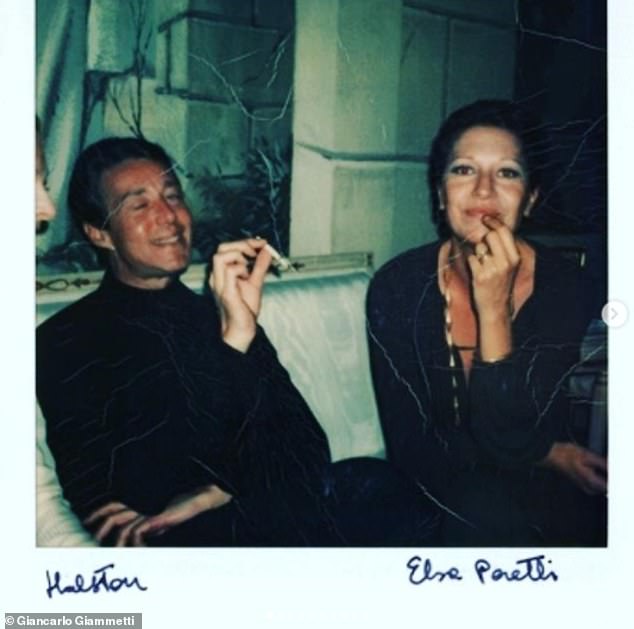 Fashion insiders: Halston is pictured laughing alongside his longtime friend and muse Elsa Peretti, who died in March aged 80, in photos shared by Valentino’s Giancarlo Giammetti 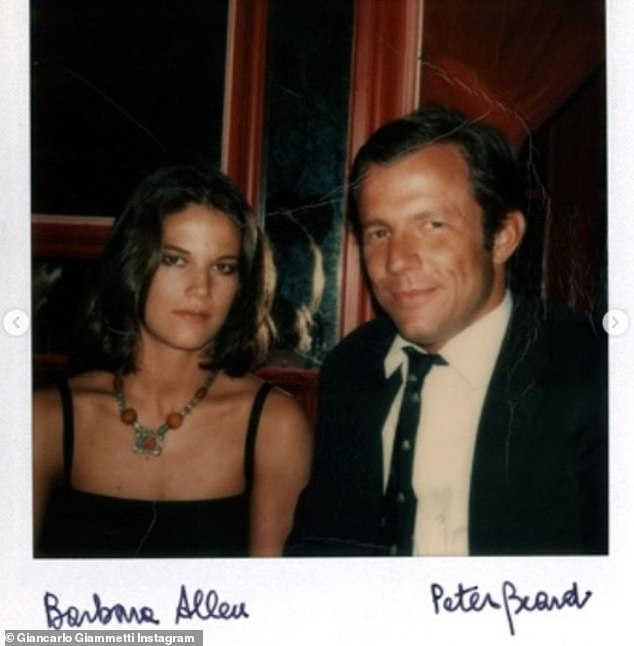 It couple: Photographer Peter Beard is pictured with his then girlfriend Barbara Allen, who was a Warhol collaborator. Allen died in June 2020, aged 69. Beard died months earlier, aged 82 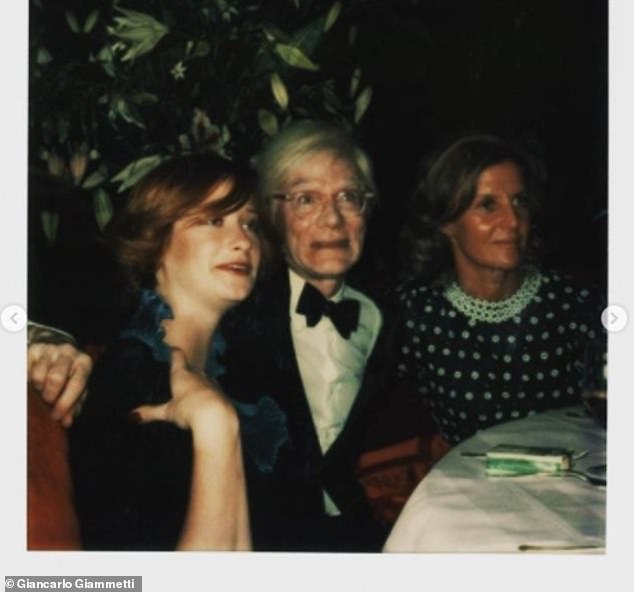 Halston, who is played by Ewan McGreggor in the series, was a glittering figure on the fashion scene in the 1970s and 80s and is credited with helping to revolutionise the way the world thought of American fashion.

In Giammetti’s photos, Halston is pictured laughing alongside his longtime friend and muse Elsa Peretti, who died in March aged 80.

Italian-born Elsa became a fixture on the scene after moving to Manhattan in 1968 to find work as a model, which she initially struggled to come by due to her distinctive appearance. 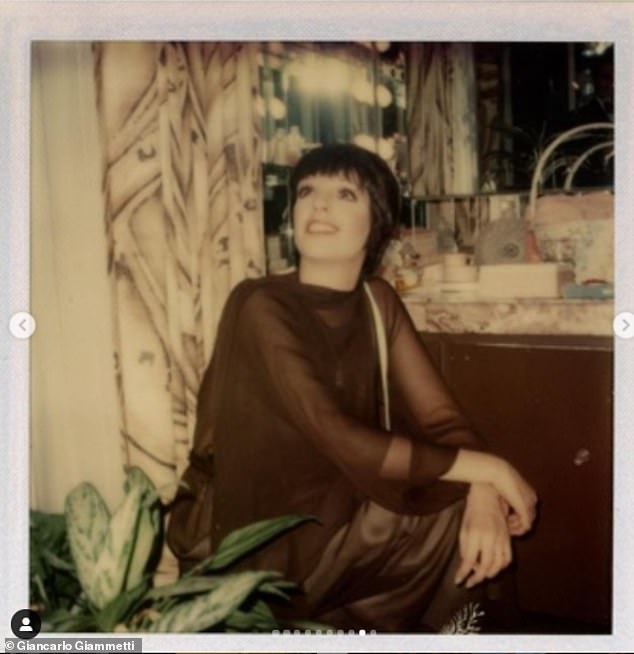 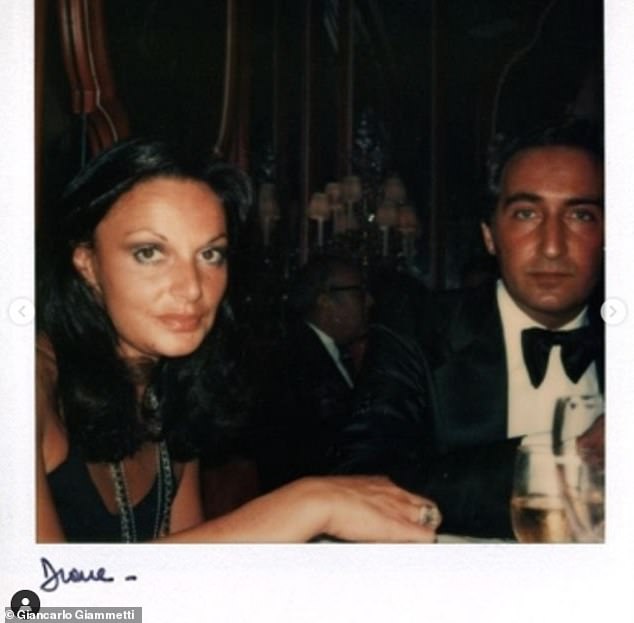 Queen of fashion: Diane von Furstenberg gazes into the lens in one of the dinner party snaps

She went onto become a jewellery designer with Tiffany & Co, a contract she initially secured thanks to an introduction from Halston.

Elsa is seen looking typically chic in all black with her hair pulled back, while Halston has a cigarette resting in his hand.

She burst onto the scene at the 1973 Battle of Versailles charity fashion show, which pitted French and American designers – including Halston – against each other. 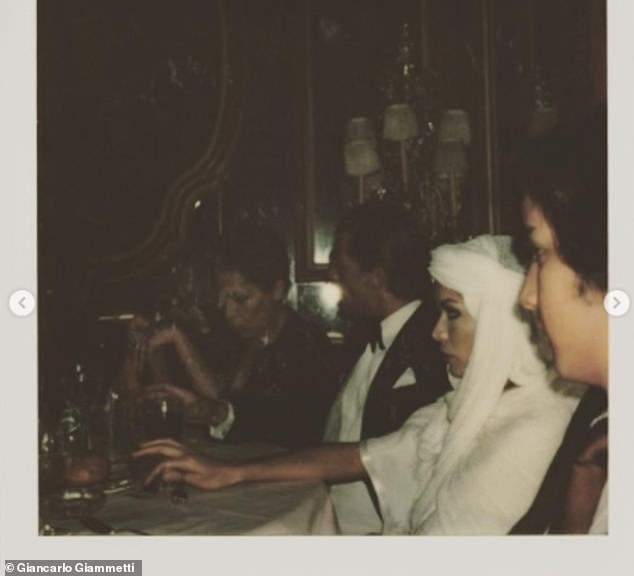 Deep in conversation: Elsa (far left) and Bianca Jagger (in white) are unaware of the camera 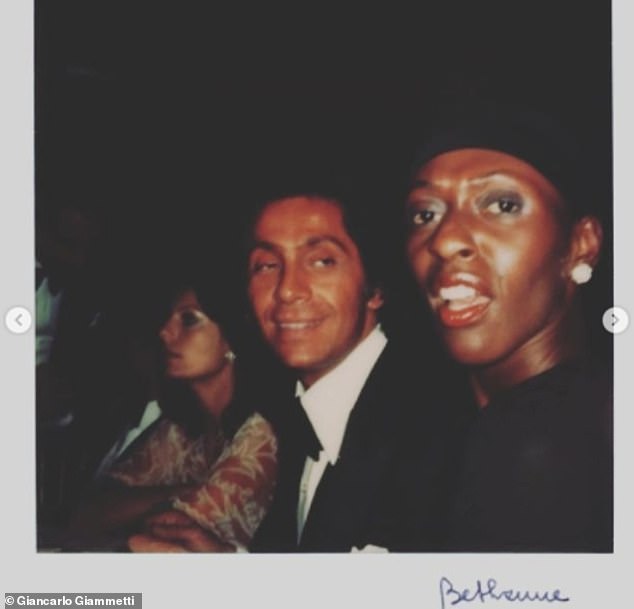 Trailblazer: Valentino smiles at Bethann Hardison, who was one of the first high profile black models. She burst onto the scene at the 1973 Battle of Versailles fashion show

In another snap, the late photographer and artist Peter Beard looks dapper with his arm around his then girlfriend, Barbara Allen.

Model and Warhol collaborator Barbara had a host of ardent admirers, including Mick Jagger, Warren Beatty and Philip Niarchos.

It is not known when the photos were taken but it appears as though they document a number of dinner parties.

Giammetti made headlines last year when he shared unseen photos of Princess Diana on board the Valentino yacht two years before her separation. 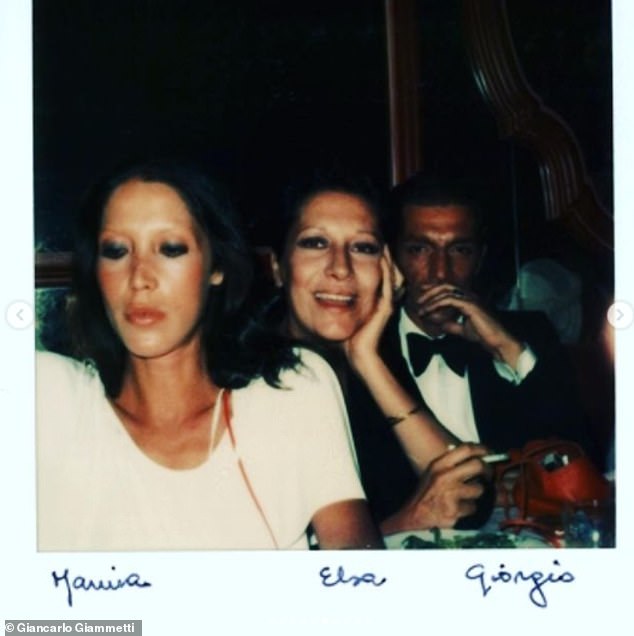 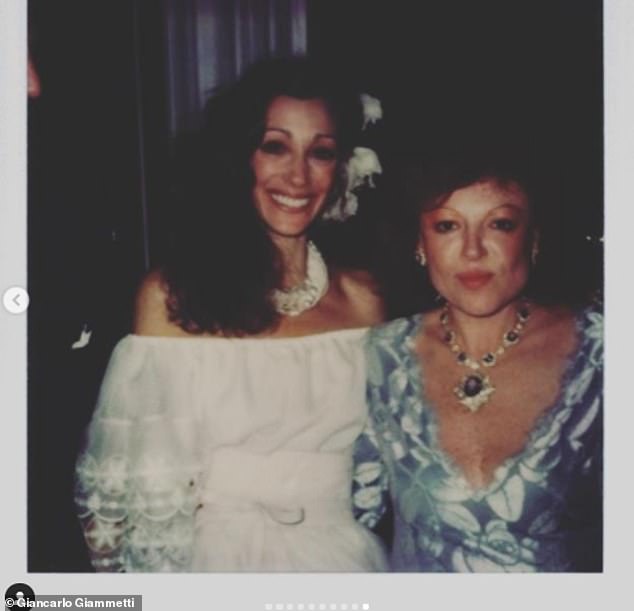