A match made in heaven. Ben Affleck is finally teaming up with Dunkin’ for a commercial.

The Tender Bar star, 50, surprised customers at a Dunkin’ in Medford, Massachusetts, on Tuesday, January 10. Affleck was serving drinks at the drive-thru window.

She captured a photo of Affleck in a black t-shirt with an apron featuring the company slogan: “America Runs on Dunkin’.” He topped off the look with the classic matching visor and a headset.

Mackay told NBC10 Boston that Affleck was “quick-witted and funny” during the exchange, and she signed release forms for video from their interaction to be used in a commercial.

Ben Affleck and Jennifer Lopez: Timeline of the Bennifer Romance

In another video that was shared to social media on Tuesday, wife Jennifer Lopez wore a white puffer jacket as she joined Affleck while he took off his apron and thanked the crew.

“Thank you Dunkin’. Now listen, when I come back here I don’t wanna be in 16th place,” the Boston native quipped, telling the staff to at least pull ahead of two other locations on a leaderboard behind the counter. 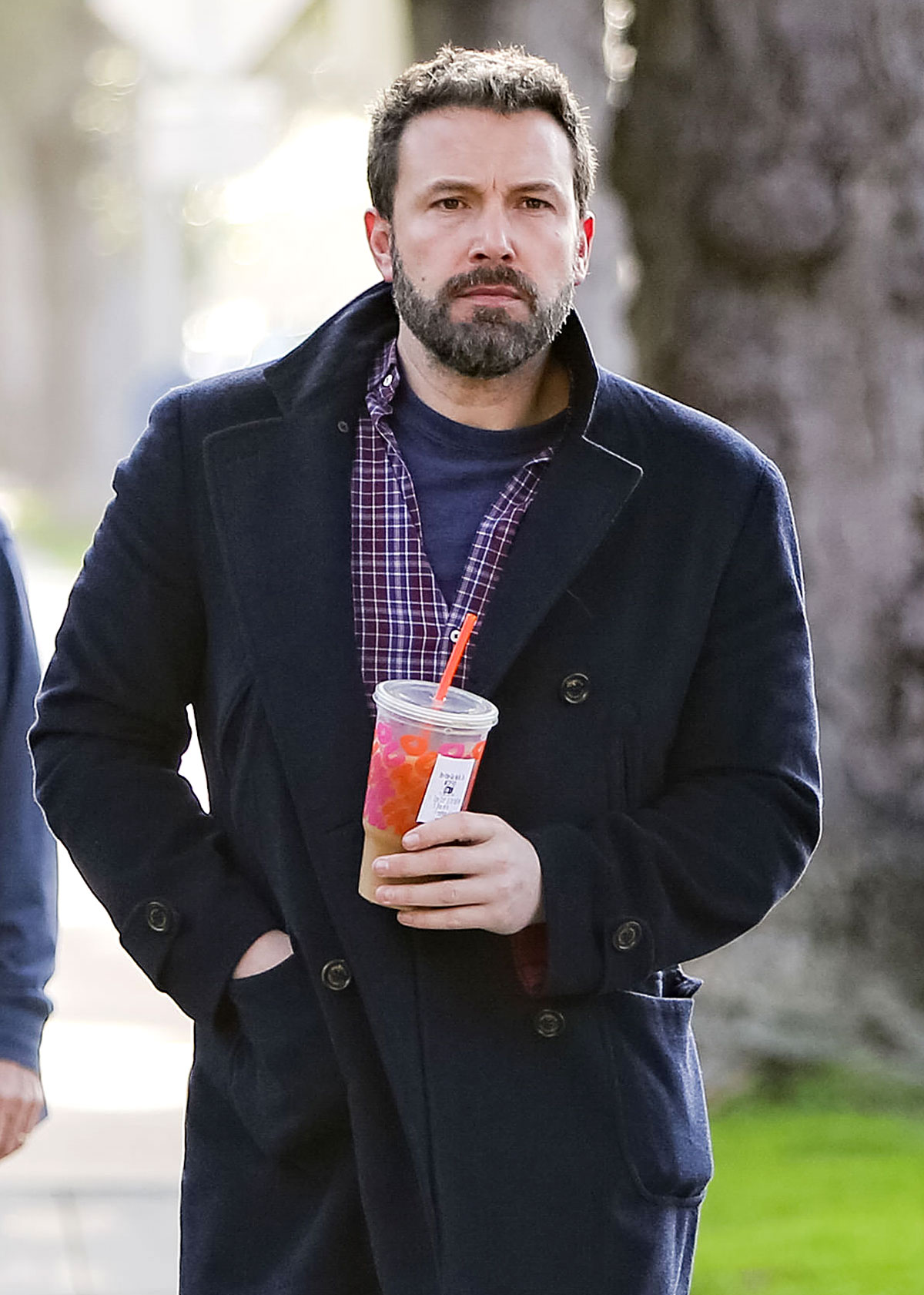 It isn’t clear if Lopez, 53, will be in the commercial. Video obtained by TMZ shows the “Waiting for Tonight” singer pulling up to the drive-thru window in a white SUV and taking a drink from Affleck.

The Oscar winner has long been a fan of the chain, which has over 1,000 locations in Massachusetts. He felt that he helped their expansion to the west coast, telling Collider in 2019 that many of his fellow Los Angeles residents didn’t know about the home of his favorite cup o’ joe.

“I have Dunkin’ Donuts every day,” Affleck explained at the time. “It’s very weird, I have it every day and people are always like, ‘Where is that? Is that near here?’ So, I feel like I’m spreading the word.”

He has been photographed carrying the iconic pink and orange cups many times, often even when his hands are full with packages. Several of the snaps have gone viral, with many viewers relating to his dedication to his daily caffeine fix.

One month after Lopez tied the knot with the Good Will Hunting star in a Las Vegas ceremony, she was spotted on her first public Dunkin’ run as Mrs. Affleck. She was holding not one but two iced beverages, clearly showing respect to her husband’s first love.

America runs on Dunkin’ — and so does Bennifer.