ALEXANDRA SHULMAN: Enough of the beauties – let's expose the beasts

When Liz Tilberis, my predecessor as editor-in-chief of Vogue, sadly died of ovarian cancer, the magazine she then edited, American Harper’s Bazaar, published a tribute issue with wonderful contributions and testimonies from across the fashion industry.

I had lunch with the designer Tom Ford shortly afterwards and he said with his trademark wryness: ‘You have to die to get service like that.’ You sure do.

And you have to die young to become the continuing object of fascination that Princess Diana remains, her story retold endlessly in books, films, plays and TV dramas. Spencer, the newest film, features a star performance by Kristen Stewart as the troubled Diana.

Like Emma Corrin in The Crown, Stewart’s acting (both had the same coach) captures a great deal that was accurate about the real Princess. 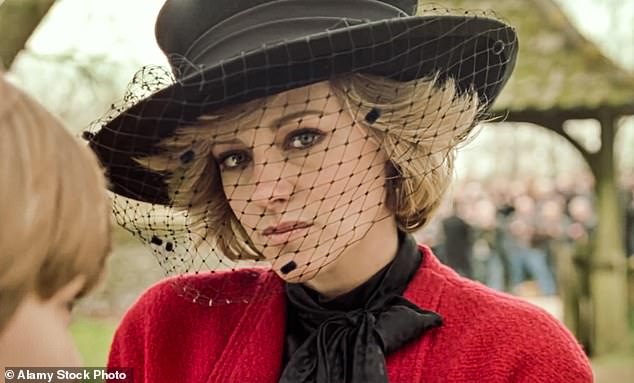 You have to die young to become the continuing object of fascination that Princess Diana remains, her story retold endlessly in books, films, plays and TV dramas. Spencer, the newest film, features a star performance by Kristen Stewart as the troubled Diana

Stewart in particular, in this imagined nightmarish three-day Christmas stay at Sandringham, conjures a potent and ultimately toxic mixture of charisma and wilfulness, strength and youthful bolshiness that rings very true. But little else in the film does.

This is no matter, though, because it’s not intended to be a faithful depiction of events but an exploration into fragile mental health and male oppression.

Director Pablo Larrain gives us – as in his previous movie, Jackie – the hallucinogenic whirl of a woman losing her mind. ‘I’m a magnet for madness – other people’s madness,’ Diana confides, condemned as she sees it to exist within the claustrophobic family of a husband who doesn’t love her.

We know how the story ends and it is that ultimate tragedy that keeps us riveted by a tale that might otherwise simply be one of a woman who managed to escape a rubbish marriage. 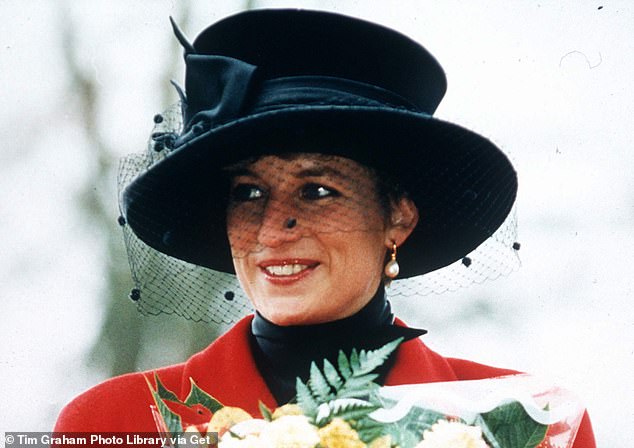 Like Emma Corrin in The Crown, Stewart’s acting (both had the same coach) captures a great deal that was accurate about the real Princess (pictured)

Another vulnerable beauty, Marilyn Monroe, shared the same dysfunctional childhood and relationships with high-profile men that ended with her death. Had she survived, she would have been just another old movie star with a past.

Similarly, the poet Sylvia Plath, whose fellow poet husband Ted Hughes was vilified throughout his life (and continues to be, by some) for the suicide of his clever, complex wife with personal demons outside their marriage.

It’s curious that these stories are never told from the male point of view or, on the odd occasion that they are, they gain no traction.

I’d love to read or watch that story occasionally.

Why politicians are firm’s favourites

The whole Owen Paterson lobbying debacle illustrates, yet again, that the rules surrounding the problem are utterly useless.

Why on earth would you pay him, or any politician, north of £90,000 annually unless you thought they would be able to take actions that would help your business? He wasn’t employed as some harmless artist-in-residence. He was employed as an adviser to use his contacts to help achieve results for the companies that took him on.

There is no clean line in the sand where advisory roles don’t use connections and influence, and that includes politics. Small measures like banning the use of House of Commons notepaper or a physical office seem utterly beside the point.

In whatever arena you work, paid consultants and advisers are brought on board because of who and what they know. No matter how you adjust the rules, or adjust the methods of policing, this remains the basic fact and conflicts of interest, occasionally serious, sometimes trivial, will often arise.

Everybody knows that, but expecting that Parliament will ever ban such financial relationships would be like asking all those lovely bronze turkeys currently running around the fields on Daylesford Organic founder Carole Bamford’s Instagram to vote for Christmas.

Among the huge number of daily stats about Covid, there’s one essential piece of information missing. How likely are we, after having two vaccinations and a booster, to contract Covid?

It’s clear that hospitalisation and death rates are down compared to their peak. But what are the chances of getting the wretched thing if we go to a party or travel on the Tube where mad people still refuse to wear masks, or clasp someone in a friendly hug?

Even Covid-lite puts you out of commission for a few days and keeps you banged up in quarantine for longer. So that’s the number I want to hear, and quickly, as the festive season starts to kick off.

An early glimpse of this year’s Boots Christmas campaign shows the delightful Jenna Coleman sweetly doling out gifts in a white collar poking out from her festive woolly.

The other day Holly Willoughby wore a white lace collared Alessandra Rich dress to her book launch, while such disparate characters as the Duchess of Cambridge and Claudia Winkleman are also huge fans of white-collar power.

White collars are the opposite of the plunging neckline. They look safe and reassuring – part nanny, part Puritan.

A woman in a white collar is seen to be trusted. She’s nice, efficient and fair. Which is what makes them an excellent disguise for when you want to pull off something tricky – or simply want to be really difficult…

I’m willing someone to remember me…

Many women will have understood why Dame Diana Rigg left a manicurist at her local salon £5,000 in her will, and then wondered who we might be tempted to leave some cash to.

But also, let’s be honest, who might gratefully leave a little something to us.

Unfortunately, I can think of no one who is likely to feel my services have made enough of a different to their existence that they would like to feature me unexpectedly in their will.

But hopefully there’s time to work on it.