ANDREW PIERCE: Her supporters say she is determined to make the BBC shipshape again… Can Hurricane Deborah blow away the wokery?

Deborah Turness could not have picked a more challenging week to start her new job. A litany of scandals have greeted the new chief executive of BBC News, from alleged comedian Joe Lycett mocking Liz Truss on presenter Laura Kuenssberg’s flagship Sunday-morning politics programme, to Jack Dee quoting a description of Boris Johnson as a ‘cosmic c***’ on the long-running panel show Have I Got News For You.

Nobody minds politicians having their noses tweaked, of course, but vulgar sneering – let alone pompous presenters such as Radio 4’s Nick Robinson conducting grandstanding interviews – are exactly the kind of thing that Turness will have to deal with if she wants to restore some trust in Auntie’s output.

Robinson’s tedious and bombastic brand of questioning – he once ordered a sitting Prime Minister to ‘stop talking’ – may at last be about to end. Because Turness – fast-talking, slim, blonde and looking younger than her 55 years – is, as of this week, the most powerful woman in British broadcasting, on a salary of £400,000. And her supporters believe she is determined to make the BBC shipshape again.

Those who have met ‘Hurricane Deborah’ say there is more than a hint of steel to her. She will need every ounce of that mettle to achieve her mission at the Beeb. 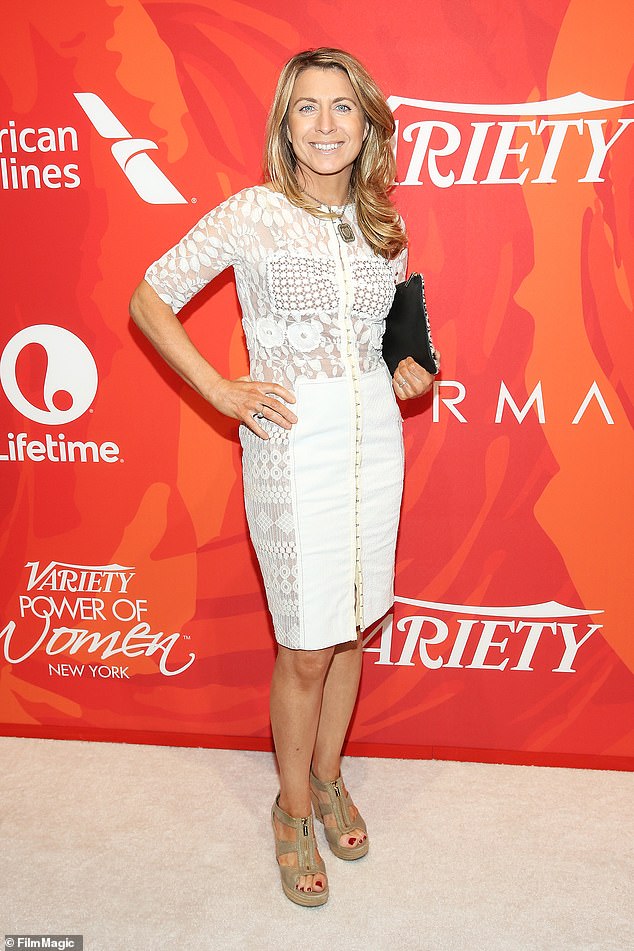 This week, unhelpfully for her, director-general Tim Davie defended Joe Lycett rather than admitting that hiring a comedian to crack jokes on a serious political programme was an insult to the viewer.

Davie is also deluded if he truly thinks that the serially biased Gary Lineker – who has made no secret of his Left-wing views on his frenetically updated social media feed – has ‘massively improved’ when it comes to impartiality.

So we shall see how Ms Turness fares. Nevertheless, if anyone can steady Auntie’s ship, many believe it’s her. ‘When Deborah walks into a room, heads turn,’ says a former colleague. ‘It’s not just because she looks striking, but because she has that aura of power which she deploys to great effect.’

That ‘Hurrican Deborah’ nickname has stuck: when Turness quit ITN in 2013 to become president of NBC News in New York, her leaving tape prepared by colleagues featured a mock weather forecast referencing the sobriquet.

Oozing charm, she’s an accomplished networker – with an impressive contacts book. This will stand her in good stead in the BBC’s often fraught relations with government politicians.

Her hefty pay packet is £60,000 more than her predecessor, BBC lifer Fran Unsworth, received – but it’s less than Turness took home in her previous job as CEO of ITN news (ultimately responsible for news on ITV, Channel 4 and Channel 5). And of course it’s less than half the amount the licence-fee payers lavish on Lineker.

She’s going to work hard for that sort of money: the BBC, which enjoys revenues of over £5billion, is facing huge funding pressures. Redundancies are expected as news teams are set to be merged, while the £159 licence fee’s future remains in doubt.

Turness will now be managing more than 6,000 journalists across ten national TV channels and the same number of national radio stations, as well as 40 local stations, the BBC’s huge website and global services in 43 languages.

As if that isn’t enough, Turness also seems set to do something about Auntie’s increasingly flagrant progressive bent – which has, critics say, veered into naked party-political support and outright wokery. Outgoing culture secretary Nadine Dorries is far from alone in believing the Corporation is ‘biased [and] Left-wing’. This was underlined last year with the appointment of Jess Brammar as executive news editor.

A vocal supporter of the Marxist campaign group Black Lives Matter, Brammar – whose boyfriend is a senior Guardian journalist – was forced to delete some 16,000 tweets when she took up the job. In some of these, she ranted about Brexit, calling it ‘a black comedy’, and Boris himself.

They say a new broom sweeps clean. But it might be one or two BBC staffers who bristle at some of the changes Turness is thought to be planning. 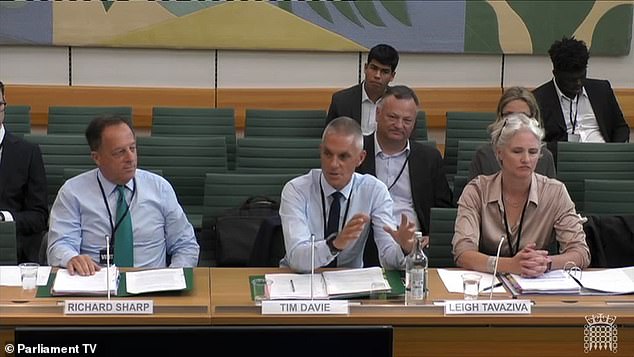 This week, unhelpfully for her, director-general Tim Davie defended Joe Lycett rather than admitting that hiring a comedian to crack jokes on a serious political programme was an insult to the viewer

As is surely right for a top BBC figure, Turness has never given a hint of her own political views during 34 years in broadcasting.

‘She is an outsider – and she’ll be a whirlwind in New Broadcasting House,’ says one source. ‘She will bring rock-chick swagger to a building full of middle-aged men who are drowning in BBC bureaucracy and internal politics.’

Her own story is surprising.

Aged 12, she was asked to leave her convent school after smuggling boys into a ‘barn dance’ – and being caught behind a bush by a nun. While at Knights Templar state school, Hertfordshire (Motto: ‘Courtesy and Courage’), she was a volunteer reporter for the Hitchen and Stevenage Gazette.

After a degree in French and English at Surrey University, she spent a year in Bordeaux doing a postgraduate course in journalism, and later went to business school. In 1988, doing unpaid work at ITN’s Paris bureau, Turness was sent to help veteran Channel 4 News anchor Jon Snow, who was covering the French presidential election. In a sign that she was destined for greatness, the 21-year-old managed to secure an exclusive interview with prime minister Jacques Chirac. Snow has been a fan ever since.

She soared through the ranks at ITV, becoming in 2004 the youngest editor of ITV News aged just 37. Friends say she is tough – but matches this to a human touch often missing in hard-nosed newsrooms.

When one junior colleague had to be hospitalised, Turness offered to step in to babysit her children. She is also credited with promoting expert presenters Julie Etchingham and Mark Austin, helping them cultivate the glamour and gravitas necessary to thrive on-screen.

At NBC, she was the first woman to run an American network news division. Her remit was to modernise a station that had fallen behind its rivals; during her turbulent three-year tenure two top presenters walked out but NBC’s flagship shows regained their No 1 status.

Unlike many news executives, she also managed to sustain a working relationship with President Donald Trump.

On returning to ITN in 2021 as chief executive, she relinquished any hands-on role directing day-to-day news, but her influence was felt behind the scenes as ITN delivered a string of scoops relating to the Downing Street ‘Partygate’ affair.

Then came the BBC offer.

Like the legendary Argentinian football player, Turness is determined to do great things. But can she stop Auntie scoring so many own goals? Only time will tell.