Are nature documentaries the greatest art of our time?

The dentist I went to as a child had posters of Impressionist paintings on the ceiling. I remember lying back and gazing through my discomfort and pain at a thronging lunch party by Renoir, a Degas ballerina, and a sunlit field of poppies by Monet.

There were no such posters on my recent trip to the dentist. Instead, high on the wall, a flat-screen TV played Planet Earth II, a 2016 BBC Earth documentary narrated by David Attenborough. Looking through plastic goggles past the assistant's latex-covered hands, I could see a shaggy sloth swim across turquoise waters, then a Komodo dragon dragging its slaloming tail through the mud, strings of bloody saliva dangling from its maw.

Did all this help with my dread of the dentist's chair?

Actually, it did. I was astonished, and therefore distracted. But I was also provoked into an insight. 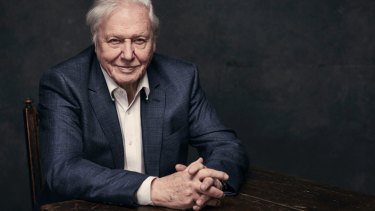 Just as the Impressionist paintings reproduced on my old dentist's ceiling were enduring artworks reduced by overfamiliarity to kitschy cliches, the best nature documentaries deserve to be rescued from overfamiliarity. We should stop taking them for granted and see them for what they are. They are great art. Maybe the greatest of our time.

the best nature documentaries deserve to be rescued from overfamiliarity. … They are great art. Maybe the greatest of our time.

I realise the claim sounds odd. After all, they weren't really intended as high art. They're television documentaries. They were created primarily to educate and to entertain. And yet a lot of things we now display in our museums and think of as art were never intended as such. African carvings. Russian icons. Minoan ceramics. Egyptian statues.

Cathedrals, too, like Notre Dame, Chartres or Rouen, were never intended as art. They were houses of God; they had no single creator; they were communal efforts. Yet there is widespread consensus that Europe's cathedrals were the greatest artistic creations of the Middle Ages, and among the most awesome in human history.

I'm not seriously trying to compare cathedrals and nature documentaries. But at the very least, both inspire awe. 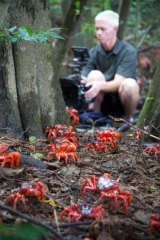 The best nature documentaries – and I'm thinking especially of those narrated by Attenborough for the BBC – are great on their own terms, and I'll say why in a moment. But they're great in this important sense, too: like those Impressionist paintings, they are ahead of their time. We are not yet ready to see them from the perspective of the future.

But soon we will be.

Over the course of my lifetime – I'm 46 – the planet has lost more than half of its wildlife populations, according to the World Wildlife Fund. Given the devastating speed at which our collective actions continue to lay waste to the oceans, destroy forests, raise temperatures and cause calamitous drops in biodiversity, the best nature documentaries will be looked back on, I believe, as the most poignant, profound and devastatingly clear-eyed artifacts of our era.

Consider Planet Earth II. In the first episode alone, we see agile green-eyed lemurs leaping and dancing through the Madagascan desert. Shortly after, a spiny-backed marine iguana dives down to graze on red seaweed. Then, as it dries out on a rock, it is patiently exfoliated by sunset-colored crabs. Next, and most dramatic of all, we watch Galapagos racer snakes with periscope heads slither out from behind hot rocks and speed toward just-hatched iguanas that try to scamper to safety. Some succeed. Others don't.

The drama is intense. So are the settings. Volcanoes spew molten lava into the night air. Livid oceans pound against rock ledges strewn with penguins. Clouds course across island skies. The shapes, the forms, the colour, the movement – you couldn't invent it. But this is reality. This stuff is happening every day.

the best nature documentaries … are ahead of their time. We are not yet ready to see them from the perspective of the future.

In the next episode, which is about mountains, we are set down beside a howling snow leopard high on a Himalayan ridge. We then watch Nubian ibex cavorting on vertical cliffs in the Arabian Peninsula, before finding ourselves perched behind the head of a golden eagle as it speed-skates along Alpine thermals. 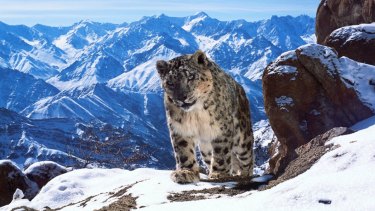 Never-before-seen visuals of the snow leopard on Planet Earth II has helped the series become one of the most talked about nature shows in recent history.Credit:BBC

On it goes. There is hardly a shot where you don't wonder at the courage, patience, technical ingenuity, artistic vision and unearthly luck that must all have conspired to produce each three-second piece of footage.

But it's not just the imagery. These 50-minute programs are marvels of editing and narrative pacing. They induce wonder. They switch from the micro to the macro – from insect eggs to cloud-swept vistas – with Brueghelian virtuosity. And they are alive to light, colour, shape and form in ways that are both commensurate with their subject – nature itself – and like nothing else on film.

We are wrong to romanticise these pictures.

That is why I think we will look back on series including Life on Earth, The Blue Planet, and Planet Earth as profound testaments not only to what our planet was like before the sea was choked by plastic and the animals we revered became extinct, but also to what some of us were capable of creatively. 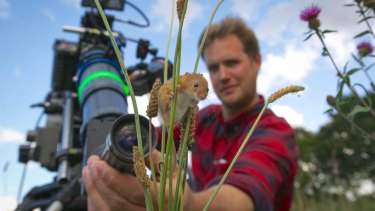 While working on Planet Earth II, cameraman Jonathan Jones focuses his lens on a harvest mouse climbing grass stems in a meadow in Norfolk. Credit:Chadden Hunter

The problem these documentaries face is that, like Monet, Degas and co., they are cursed by popularity. Thanks to cable TV and streaming services, BBC Earth documentaries can feel ubiquitous. Their style of cinematography is widely imitated. To many, they have become the visual equivalent of elevator Muzak – over-familiar, glibly beautiful, mindlessly soothing. It can be difficult to muster up the mental steam to see them afresh.

But then, it's also hard to really see a Degas ballerina, as opposed to merely nodding with complacent recognition. When we see these pictures for what they really are, we notice that Degas rarely shows the glamour and polish of actual performances and instead shows girls in rehearsal, stretching their sore backs and bending awkwardly over their shoes. Always a realist, never a romantic, Degas was demonstrating how unrelievedly exhausting it was to be a young dancer in 19th-century Paris. The girls he painted earned so little that many were forced into prostitution. We are wrong to romanticise these pictures. 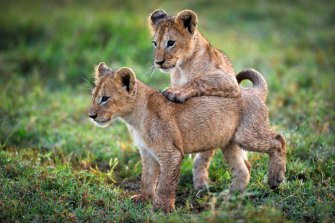 Likewise, the greatest nature documentaries, for all their surface beauty, show us phenomena that can be hard to face. They show us a world that is incandescently beautiful one moment and shockingly indifferent, openly malignant the next. They reveal that life on this planet is magnificently diverse, but also precarious and in deep, deep peril. And they remind us that nature is not "over there," but right here, all around us, and although there are desperate problems everywhere, there is only one global, existential emergency.