There was no joy in this ride.

A teenager from Arizona was caught taking his parents’ Range Rover out for a spin without permission, which led to a very public punishment.

Angel Martinez, 14, was forced to give away all of his belongings after his parents were alerted to his reckless ride through their Phoenix neighborhood while they were in Las Vegas celebrating their wedding anniversary, Fox 10 reported.

In a series of photos, Angel is seen sitting on his bed, which was set-up in the driveway, along with his other bedroom furniture, clothes and a television. Next to him was a sign that read, “Sorry I stole my parent’s car and was speeding.”

Ramon Martinez, Angel’s dad, and his wife received a call while they were in Vegas from the Phoenix police informing them their Range Rover had been seen speeding in the neighborhood, the outlet reported.

Angel, who does not have a license, says he took the car on a ride because he allegedly did not have anything to dry the car with after washing it. 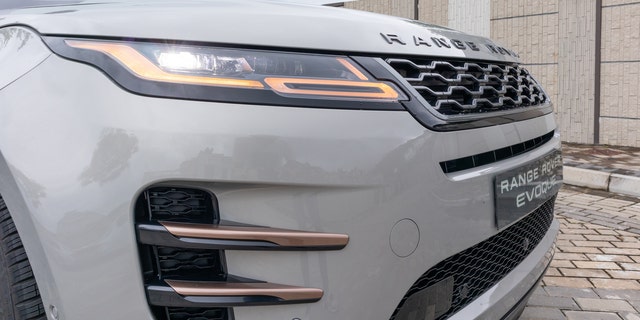 Ramon Martinez, Angel’s dad, and his wife received a call while they were in Vegas from the Phoenix police informing them their Range Rover had been seen speeding in the neighborhood, the outlet reported.
(iStock)

“I’m gonna go for one spin until it dries,” he told Fox 10 of his thought process.

His parents were not on-board with the reasoning and they forced Angel to clean out his room as punishment.

END_OF_DOCUMENT_TOKEN_TO_BE_REPLACED

END_OF_DOCUMENT_TOKEN_TO_BE_REPLACED
We and our partners use cookies on this site to improve our service, perform analytics, personalize advertising, measure advertising performance, and remember website preferences.Ok