As a royal, Harry was refreshing. As a writer he risks becoming a bore

So, Prince Harry is writing a memoir. On Monday, Penguin Random House announced that the Duke is at work on an “intimate and heartfelt” book that will impart some of “the life lessons that have helped shape him.” Publication is scheduled for late 2022. The size of Harry’s advance hasn’t been disclosed. Anyway, he plans to donate the money to charity. Royals, even ex-royals, do not accept royalties.

When news of the deal broke, the online reaction was predictably bonkers. “Prince Harry Savaged Over Memoir,” said one headline. The book “has been blasted as a ‘joke’,” said the accompanying article. Blasted by whom? A few random yahoos on Twitter? Well, yes. But also by the English TV personality Piers Morgan, who tweeted, “You’ve got to be f*cking joking?????” 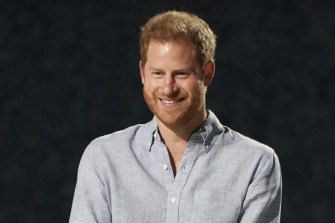 Prince Harry’s memoir is due out in late 2022.Credit:AP

We live in strange times, when a person can be “savaged” and “blasted” for merely intending to write a book. We don’t know what Harry’s book’s going to be like yet. Granted, it’s highly unlikely to be any good. But can’t we hold our fire until the thing actually exists?

Alas, Harry will never enjoy the luxury of being judged by normal standards. Although he no longer wants to be a royal, people still want him to behave like one. And royals, we seem to think, aren’t meant to write books.

Well, we’re wrong about that. English royalty has been in the book business for centuries.

In 1521, years before he parted ways with the Catholic Church, Henry the Eighth published an attack on German Protestantism, written in Latin, called The Defence of the Seven Sacraments.

James the First published a learned treatise about vampires and werewolves and the necessity of witch-burning called Daemonologie. (Oddly, there is no record of his being “savaged” or “blasted” for this at the time.)

Wallis Simpson, the American divorcee whom Edward the Eighth abdicated the throne to marry, published a 1956 memoir called The Heart Has its Reasons.

It’s no accident that royal memoirs have been thin on the ground since then. Queen Elizabeth has spent nearly 70 years reversing the PR damage done to the firm by her uncle’s abdication. The odds that she plans to cap her career by writing a tell-all memoir are slim. 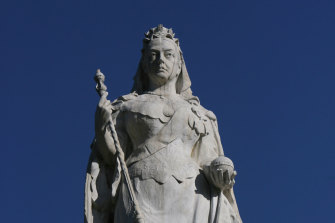 The royals have long been in the book business, Queen Victoria published two. Credit:Justin McManus

Moreover, she’s kept a pretty tight lid on the literary productions of her family. Lately, the writing Windsors have stuck to safe and ephemeral genres. Prince Charles has co-authored a children’s book about climate change. Fergie wrote the lucrative Budgie the Little Helicopter books. Meghan Markle has written a children’s book too, and lent her name to a cookbook.

Harry’s late mother was a different story, of course. She never quite wrote a celebrity memoir. But in 1992, she did the next best thing. When Andrew Morton wrote the explosive Diana: Her True Story, Princess Diana secretly supplied him with many hours of taped revelations.

What kind of book does her equally headstrong son plan to write? There were some ominous clues in the publisher’s announcement. For example, what’s this stuff about donating the royalties to charity? “No man but a blockhead ever wrote except for money,” Dr Johnson said. What’s Harry writing for, if not money? Fame? He’s already got far more of that than he claims to want. 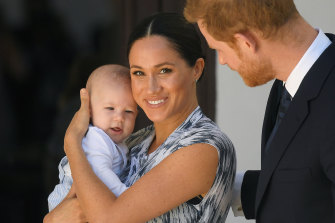 No, he feels an urge to instruct. He’s keen to pass on some of the “learning” he’s accrued over the course of his 36 years. Like many another celebrity memoirist, Harry looks set to tell his story with one foot planted mushily in the genre of self-help.

“I’ve worn many hats over the years, both literally and figuratively, and my hope is that in telling my story – the highs and lows, the mistakes, the lessons learned – I can help show that no matter where we come from, we have more in common than we think,” he said, in a statement released by his publisher.

Let’s hope his whole book won’t be written like that. Even on its own, that’s a hard sentence to stay awake through. News has already broken that the memoir will be written with the aid of a ghostwriter named JR Moheringer. If Harry drafted the above lines himself, you can see why Moheringer’s services might be required. But if Moheringer is ghosting Harry’s lines already, and is responsible for making him sound like that, let’s hope the pious windbag will be shown the door before work on the book goes any further.

As a royal, Harry was refreshing. He had a knack for behaving like a real human being, in an environment riddled with uptight bores. Now he’s in danger of becoming a bore of a different kind. He’s at a crossroads. With luck, his book will tell a story well worth hearing: the story of a decent bloke who’s always done his best, under extraordinary circumstances. Yes, he was born into privilege, of a kind. But he was also born into a tragic soap opera. Would you want to be him? I wouldn’t.