If you like a bit of Disney magic, you're going to love the brand new soft toy range from Asda.

The supermarket has just launched 25 Disney character plush toys and even better, they're on sale too. 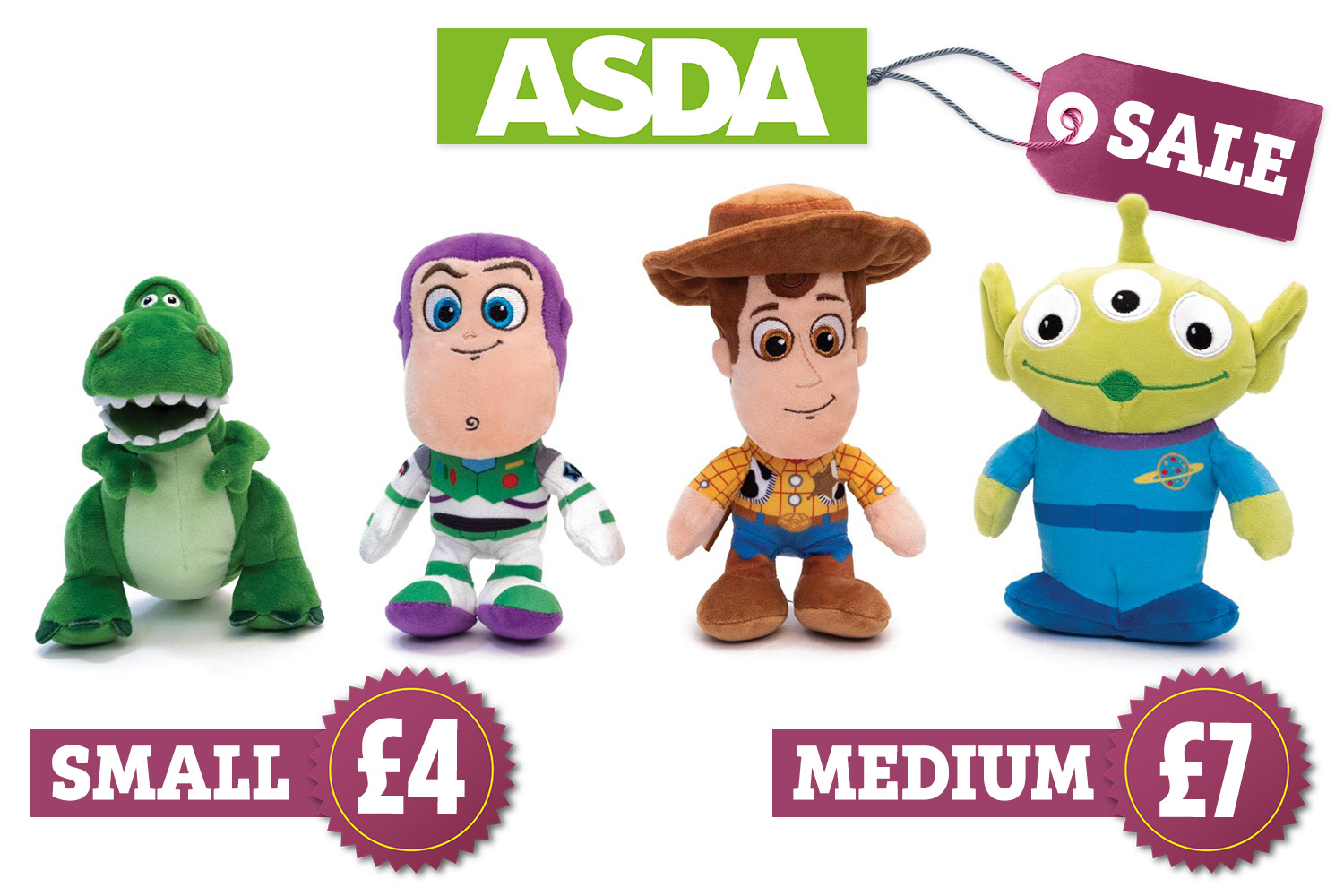 All the characters, including Winnie the Pooh, Eeyore, Elsa, Olaf, Buzz Lightyear and Woody come in one of two sizes – small or medium.

Normally a small toy would cost you £5 and a medium would cost £10, but until July 10 you can pick them up for £4 and £7 respectively.

The toys are only available in store, so you'll need to pop to your local Asda to get your hands on one.

There are over 630 shops across the UK and you can find your nearest one using the store locator tool.

Sizes vary slightly from character to character, but a medium toy is approximately 10 inches tall, while a small one is six inches high.

Which characters can you buy in the Asda Disney sale?

The full list of characters available to buy is:

Lady and the Tramp

One hundred and one dalmatians

The toys are exclusive to Asda, so it's impossible to do an exact price comparison, but obviously there are other Disney soft toys for sale online.

A Rex toy at the Disney store, for example, costs £7.95 – almost double the Asda cost and it's a smaller toy too.

A medium Woody toy at Disney is also much more expensive at £20 – but it's substantially bigger than Asda's too at 18 inches vs 10 inches.

Argos has plenty of Disney soft toys including Eeyore, Winnie the Pooh, Rapunzel and Vanellope (from Wreck-it Ralph) – but they're all extra-large and cost £25 or more.

Debenhams also has discounts on Disney toys, but a 10 inch One Hundred and One Dalmatian toy is £12, reduced from £15 – compared to just £7 at Asda.

Disney teddies aren't the only great bargains you can pick up at Asda – as the supermarket has launched a huge toy sale.

Meanwhile, Toys R Us is set "to re-open in time for Christmas" – but only in the US.

And Argos has launched a HUGE toy clearance sale on Hatchimals, LOL Surprise and Peppa Pig with prices from £5.