August 18 – On this day: 44 years since first Atlantic crossing by hot air balloon 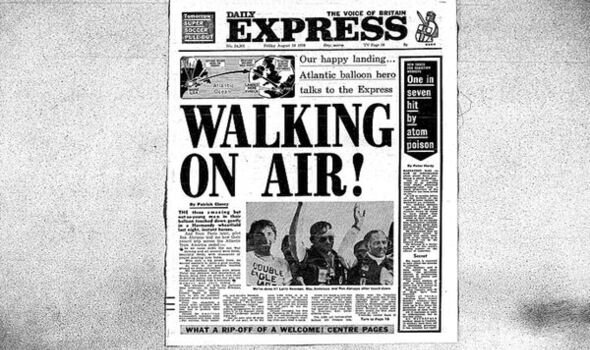 The helium-filled Double Eagle II was pictured above Britain on its way to the landing site near Paris.

The flight started in Maine, USA and took six days to complete. The gondola contained a catamaran in case the crew had to make an emergency landing.

82 years ago (1940) The Luftwaffe began their assault on the RAF in what became known as The Hardest Day – the biggest air battle in history to date.

Both sides suffered heavy defeats but the British shot down twice as many German planes as they lost.

More aircraft were lost on this day than any other, including Battle of Britain Day on September 15.

58 years ago (1964) South Africa was banned from the Tokyo Olympics due to its racist apartheid system.

The International Olympic Committee said the decision could only be overturned if the government denounced racial segregation in sport. The ban would remain in place until 1992.