August 26 – On this day: 78 years since Paris liberated from the Nazis 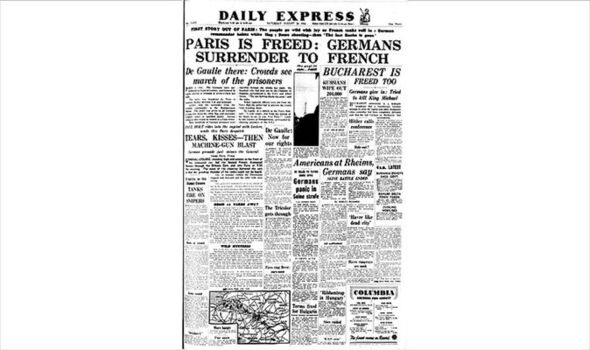 The Second French Armoured Division led by General Leclerc was the first to enter the city, shortly followed by General Charles De Gaulle, leader of the Free French forces.

The city’s liberation came after days of fierce street fighting by the French Resistance against the Nazis.

102 years ago (1920) Women in America were finally given the vote as the 19th Amendment to the US constitution came into effect.

First introduced to the Congress in 1878, it immediately enfranchised 26 million women, although this did not include the majority of non-white women and men.

63 years ago (1959) The British Motor Corporation launched the Morris Mini-Minor. Developed by Alec Issigonis, it was 10ft long and seated four passengers.

The Mini was a huge hit and 5.3 million were sold worldwide before production of the model ended in 2000.

In 1999 it was voted the second most influential car of the 20th century after the Ford Model T.