Baby boomers may put 'tidal wave' of 21M homes on market — but who will buy them?

SUN CITY, Ariz. — When this Phoenix suburb opened on January 1, 1960, it was billed as the original retirement community. From above, it would look like a UFO landing site, laid out in rings to mimic halos surrounding the sun. Just past the entrance, a billboard flanked by rows of palm trees promised “An Active New Way Of Life.”

On the weekend Sun City opened, cars were backed up for 2 miles as some 100,000 visitors waited to gawk at a village built specifically for adults over the age of 50. They found a new nine-hole golf course and a community center with 250-seat auditorium, swimming pool, shuffleboard court and lawn bowling green. Elsewhere there was a 30,000-square-foot Grand Shopping Center, a Safeway grocery store and a Hiway House Motor Hotel, where you could have a cup of coffee or something stronger at the bar. “The finest resort couldn’t supply more,” boasted a fictional resident of Sun City in a promotional video from the period.

The concept was a huge hit. The developer, Del Webb, sold about as many homes in the first year as executives had expected to sell in three. Six decades later Sun City is home to 38,000 people. 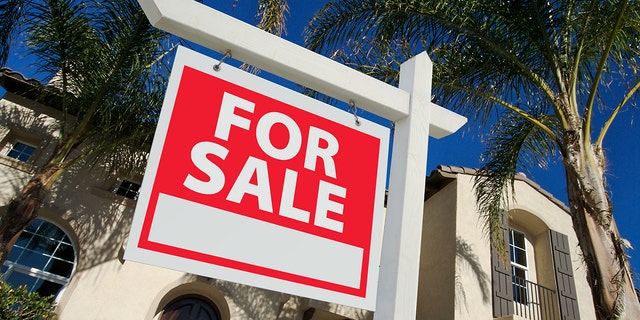 The U.S. is at the beginning of a tidal wave of homes hitting the market on the scale of the housing bubble in the mid-2000s. What happens when so many homes post ‘For Sale’ signs around the same time? (iStock)

But the same demographics that propelled Sun City’s rise now pose an existential challenge to this suburb as baby boomers age. More than a third of Sun City’s homes are expected to turn over by 2027 as seniors die, move in with their children or migrate to assisted living facilities, according to Zillow. Nearly two thirds of the homes will turn over by 2037.

The big question looming in this neighborhood — and dozens of others like it in the Southeast and Rust Belt — is what happens to everything from home prices to the local economy when so many homes post ‘For Sale’ signs around the same time?

The U.S. is at the beginning of a tidal wave of homes hitting the market on the scale of the housing bubble in the mid-2000s. This time it won’t be driven by overbuilding, easy credit or irrational exuberance, but by an inevitable fact of life: the passing of the baby boomer generation.

One in eight owner-occupied homes in the U.S., or roughly nine million residences, are set to hit the market from 2017 through 2027 as the baby boomers start to die in larger numbers, according to an analysis by Issi Romem conducted while he was a senior director of housing and urban economics at Zillow. That is up from roughly 7 million homes in the prior decade.

By 2037, one quarter of the U.S. for-sale housing stock, or roughly 21 million homes will be vacated by seniors. That is more than twice the number of new properties built during a 10-year period that spanned the last housing bubble.