After one of the most heart-wrenching breakups in Bachelor Nation history, Brandon Jones came face-to-face with Michelle Young during the live After the Final Rose special on Tuesday, December 21.

“Going in, I thought I was so certain, and, you know, ultimately I just wanted the best for her,” Brandon, 27, told cohost Kaitlyn Bristowe. “I just wanted her to be happy. I wanted her to truly find her person because going into this, she did express that she was scared of not finding her person, so I’m glad that she did. Congrats to her and Nayte [Olukoya].”

When pressed by Kaitlyn, Brandon admitted that he was “so sure” that she was The One for him.

“In relationships, [I’m] never like that. … I am not that vulnerable. I don’t open up like that — or it takes me a while — but I met Michelle [and] she is literally a one-of-a-kind person,” he said. 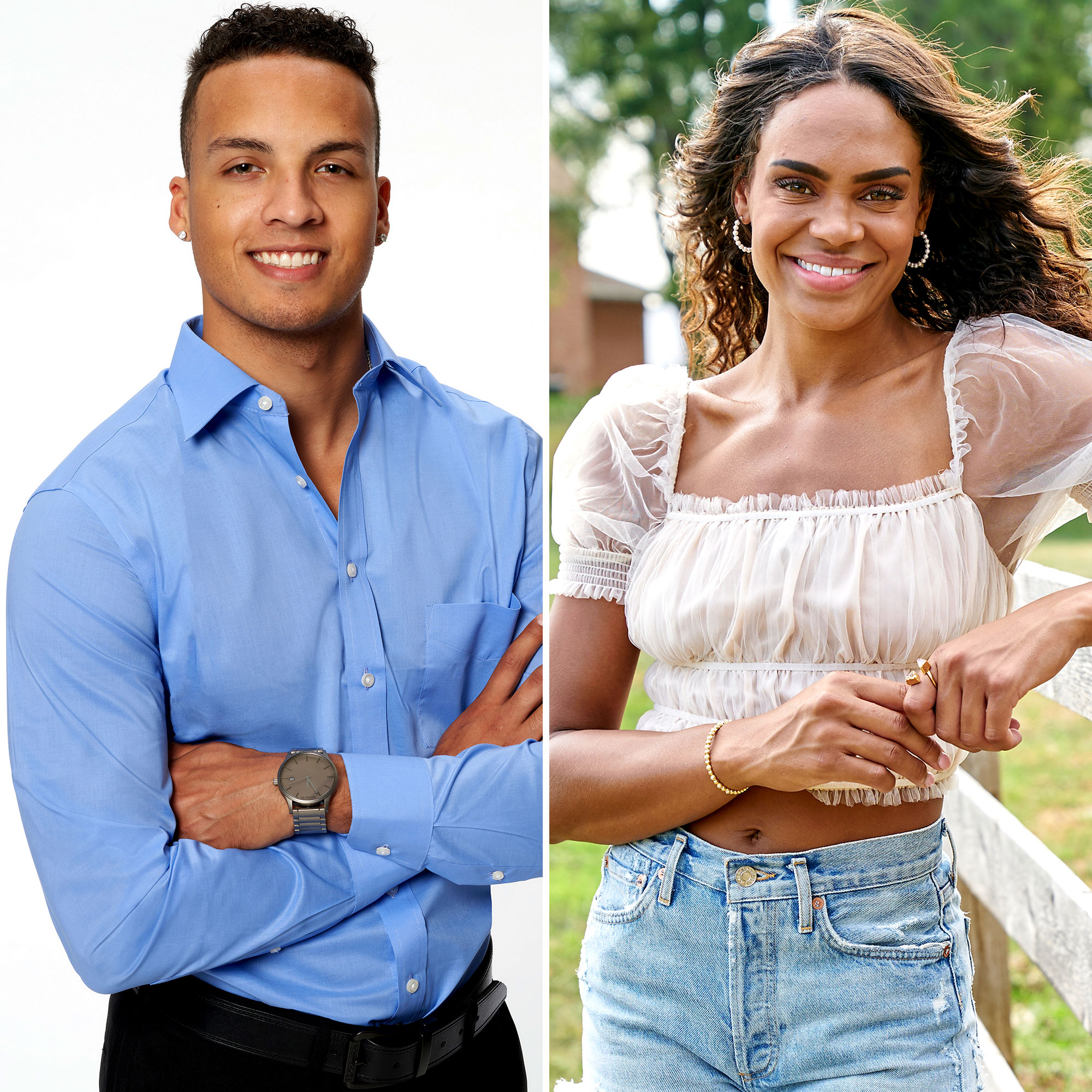 When asked whether he still loves Michelle, Brandon replied, “I will always, always love Michelle. Unfortunately, I don’t think it would be respectful to love her in that manner anymore, you know? I want her and Nayte to truly be happy. But yeah, I meant what I said. I will always love her, I will always care for her.”

Michelle subsequently joined Brandon on stage and he asked her to share her “side” of their breakup for “clarity,” prompting her to explain why she said “I love you” but still picked Nayte.

“My decision to share that I was in love with you, I wasn’t sharing that because I already had made a decision. I was sharing that because it was something that I had been holding back, and because I didn’t think I was capable of falling in love with two people, it was really hard for me to honestly come out and talk about that, because it’s scary and you are dating in the public eye and there’s all these different things. … You see people get ridiculed for falling in love with two people,” Michelle explained. “I felt like it would also do the relationship to a disservice to not share them. And now, if I would have known my decision in that moment — and strong feelings, I am always a person to think of somebody else — but in this unique position, I wanted to be completely honest with where I was at and that was that I was in love with you. And saying that, it was hard at that time, because it’s scary. And it’s scary with also knowing that you might have to break somebody’s heart with who you said ‘I love you’ to.”

Brandon admitted that he was “confused” because he felt Michelle had to “push” him to get ready to propose.

“I felt a little bit of my love was overlooked,” he admitted. “But also I didn’t know the full story. … Sometimes we don’t understand what our heart is telling us.”

During Tuesday’s finale, the teacher was torn between Brandon and Nayte, telling both men that she was in love with them. Just after deciding that Nayte was The One for her, she received a letter from Brandon that made her feel conflicted again.

Bachelor Nation Couples Who Have Split in 2021

“Michelle, ever since you’ve entered my life, I don’t view the world the same anymore. I realized that a world without you is a world I fear to face,” Brandon wrote. “You have truly infected me with the love I don’t believe is remotely easy or common ever find in a lifetime. A love so beautiful and deep that it leads me to a pure understanding that what I have with you is a love of wanting more for someone than for themselves. The kind of love where I will always place your happiness above mine. Follow your heart, Michelle, and never look back because I followed mine and it led me to. Just know Michelle, you will never need to ask for my love because I will love you forever. I see you, I have always seen you and I will always see you.”

On the final day, Brandon arrived with a Neil Lane diamond in hand, ready to propose to Michelle.

“I’m feeling like I’m going to get engaged today. It’s an exciting and nerve-wracking day. … I’m going marry this woman,” he told the cameras. “You know, when you know you know. You’re not going to wait another second. I truly found the one special thing in my entire life that I’ve been searching for. [If] I get down on knee and she says yes? I’ll be, like, the happiest man to ever walk this Earth.”

‘Bachelor’ and ‘Bachelorette’ Leads Who Dated Their Former Suitors Post-Split

It didn’t take long after Brandon showed pup, however, for him to see that Michelle was visibly upset.

“I truly wish you nothing but happiness. I truly mean that even if it’s not with me,” he said after she told him that her heart belonged to someone else. “You’ve been worth it every second. Giving you my heart was worth it. It’s something that I’ll never regret. I will always be there for you.”

Before leaving, Brandon told the cameras that his heart “sits on the floor in f—king pieces” and “what’s gonna sting the most” is that he was “truly, truly so deeply in love with her.”