Cohost changes! Tayshia Adams and Kaitlyn Bristowe made subtle tweaks to their respective social media accounts in response to the announcement that Jesse Palmer is taking over hosting duties for season 19 of The Bachelorette.

Everything We Know About ‘The Bachelorette’ Season 19

While the former Bachelorettes’ respective Instagram bios previously mentioned that they cohosted the show — Adams, 31, and Bristowe, 36 shared the gig for seasons 17 and 18 after longtime host Chris Harrison “stepped down” in February 2021 — that information is no longer there. Instead, the California native’s account lists a Bible verse, her location and a fun tagline — but no mention of the ABC series at all. The “Off the Vine” podcast host, meanwhile, calls herself a “Former Bachelorette🌹” and “Winner of DWTS💃” along with several other accomplishments.

For his part, Palmer — fresh off of hosting The Bachelor’s season 26 — was declared the host of The Bachelorette’s 19th season during part 2 of the Bachelor finale on Tuesday, March 15. The 43-year-old NFL alum, who starred on the show’s fifth season in 2004, also revealed that the season’s finalists, Rachel Recchia and Gabby Windey, are the two new Bachelorettes — the first time the franchise has ever had two leads for a full season.

“With every ending, comes a new beginning,” the Canada native wrote via Instagram on Wednesday, March 16. “So excited for @gabby.windey and @pilot.rachel our new BACHELORETTES!!! 🌹🌹 Both are STRONG, SMART, AMAZING and equally DESERVING!!! Can’t wait to join them on their journey to find LOVE!!!”

As for Bristowe and Adams’ take on Palmer as host of The Bachelor’s latest season, the DWTS alum was here for it, she told Us Weekly in December 2021.

“We never really thought that would be our position. I mean, we never really thought we’d still be here for a second season hosting,” she said. “I think it’s cool to have a male that’s been in that position help mentor the lead and say, ‘I’ve been here, I’ve done this and I’m here to help you.’ So it made sense for me that they got a past Bachelor and also someone that, like, has been in a hosting role before. He’s gonna do a really great job.” 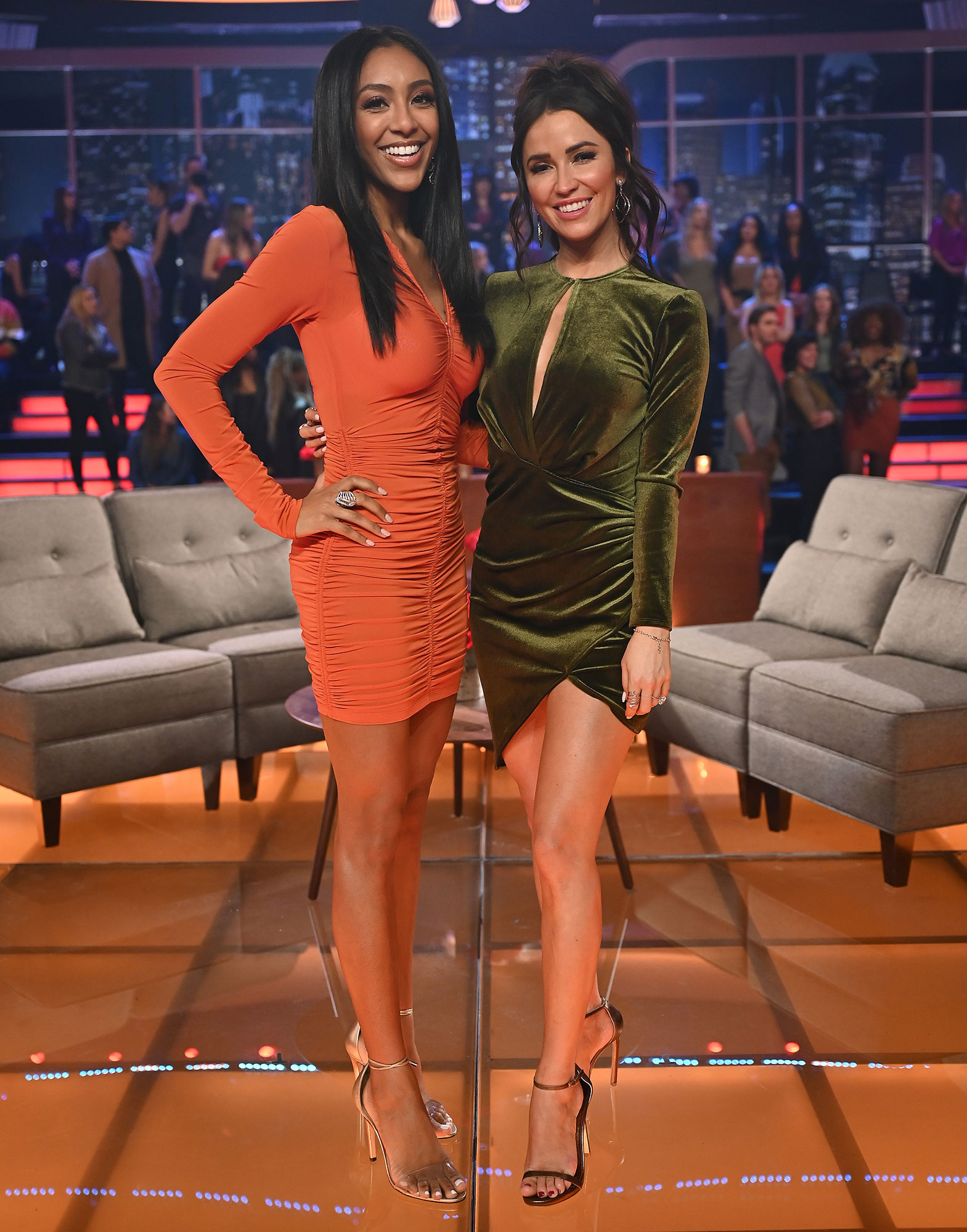 Bristowe would, however, love to host The Bachelorette again.

“I love hosting,” she told Us at the time. “I love being in a position to help the Bachelorette and be, like, somebody who can really empower them and give confidence and validate their insecurities and just help them navigate through that journey because I would’ve loved to have somebody like that there for me. And I like being that person that can help.”

In terms of how the format will play out, the details have been kept to a minimum for now — even for the two leads.

“Everyone keeps asking. We just got thrown in,” Windey, 31, told Good Morning America on Tuesday, March 15. “But I have faith and a lot of trust and I love Rachel to death and I know we’re gonna have each other’s backs the whole way, so there’s really not a doubt in my mind that it’s gonna end up well.”

On Wednesday, March 16, when a viewer tweeted show creator Mike Fleiss with fears that Windey and Recchia will be “pit[ted] against each other,” he teased the show’s premise. “Not true!” he replied. You’ll see…”.