Liberal backbenchers are calling for wide-ranging tax reform, including clawing back capital growth from wealthy homeowners, in a bid to repair the budget, increase productivity and bolster Australia’s recovery from the coronavirus pandemic. 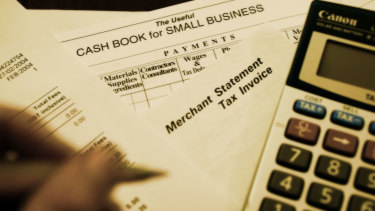 A range of experts have called for tax reform.Credit:Erin Jonasson

A host of experts, former politicians and policymakers interviewed for a series on tax reform in The Sydney Morning Herald and The Age this week warned Australia would have difficulties affording critical services without leaning too heavily on workers if there wasn’t an overhaul of the way revenues were collected by state and federal governments.

Liberal senator Gerard Rennick said on Friday he wanted tax reform and a focus on balancing the budget.

“I’m definitely keen for more tax reform. [Federal Treasurer] Josh Frydenberg really needs to be focusing on getting the budget back into balance in the short term,” he said. “We need to focus on taxation and monetary reform to get us out of COVID.”

“If we could come up with a deal with [NSW Premier] Dominic Perrottet to compensate them to get rid of payroll tax that would force the other states to follow,” he said.

Senator Rennick supports a CGT on high-value homes, suggesting it could apply to properties worth more than $2.5 million now the property boom has pushed up prices nationally.

Liberal MP John Alexander also wants an overhaul of CGT on high-priced homes to recoup large value rises from land rezoning and infrastructure developments, and generous tax benefits for property investors to be curtailed when there is substantial market growth.

“[I have advocated for] negative gearing laws to be modified in an effort to bring the market back to a fair market of wage earner competing with wage earner for shelter and not giving investors an advantage,” he said. This would be a form of tax lever changing as required, limiting what percentage of an investors’ expenses are deductible and therefore how generous negative gearing tax breaks are for investors in a hot market.

Liberal MP Jason Falinski said it was important the government started focusing on tax reform as Australia faced a future of either cutting its way out of the fiscal “hole we’ve dug ourselves into” or growing the economy.

Australia is facing a debt bill of $1 trillion and deficits beyond the next decade due to major stimulus during the pandemic to keep the economy afloat.

“The only real way you can grow your way out of it is through real productivity increases, which we haven’t seen since the late-2000s. Tax is one … of the big levers you have to pull,” Mr Falinski said, adding this included simplifying the system to lower its running costs.

“We don’t reward risk and entrepreneurship, we reward extraction and rent. We are not doing enough to incentivise work over welfare,” he said.

He said states and territories should be given back control of income tax and required to provide health and education services, while the federal government would keep GST payments. He would support a broadening of the GST base when it was fully back in federal hands.

“We need to start those conversations with the community … So many of the challenges we face are actually driven by tax and nobody realises that,” he said. “Across the community, there is no leadership on tax.”

Senator Andrew Bragg said pushing for tax reform was one of the reasons he entered politics in the first place.

“We need to improve accountability between the Commonwealth and the states,” he said. “I think it’s worth looking at a state income tax.”

He also wants the tax mix to be shifted away from a reliance on personal income and company taxes. Asked whether this would involve hiking the GST he said it could, provided there wasn’t an overall increase in the tax burden.

Liberal MP Tim Wilson, who spoke to this masthead before the tax series was published and ahead of becoming Assistant Minister for Industry, Energy and Emissions Reduction, also sees an urgent need for a tax system overhaul.

“Tax reform is critical, but the incapacity to drive it comes from economists selling solutions rather convincing Australians of the problem; the last round of tax reform came when everyone thought the tax system was broken and it was about how reform should be achieved, not whether it should be,” Mr Wilson said. “The problem of the tax system is it harms young Australians who haven’t had their go yet and getting them to realise that is the pathway to reform”.