Barack Obama Is Reading SO Many Good Books This Summer 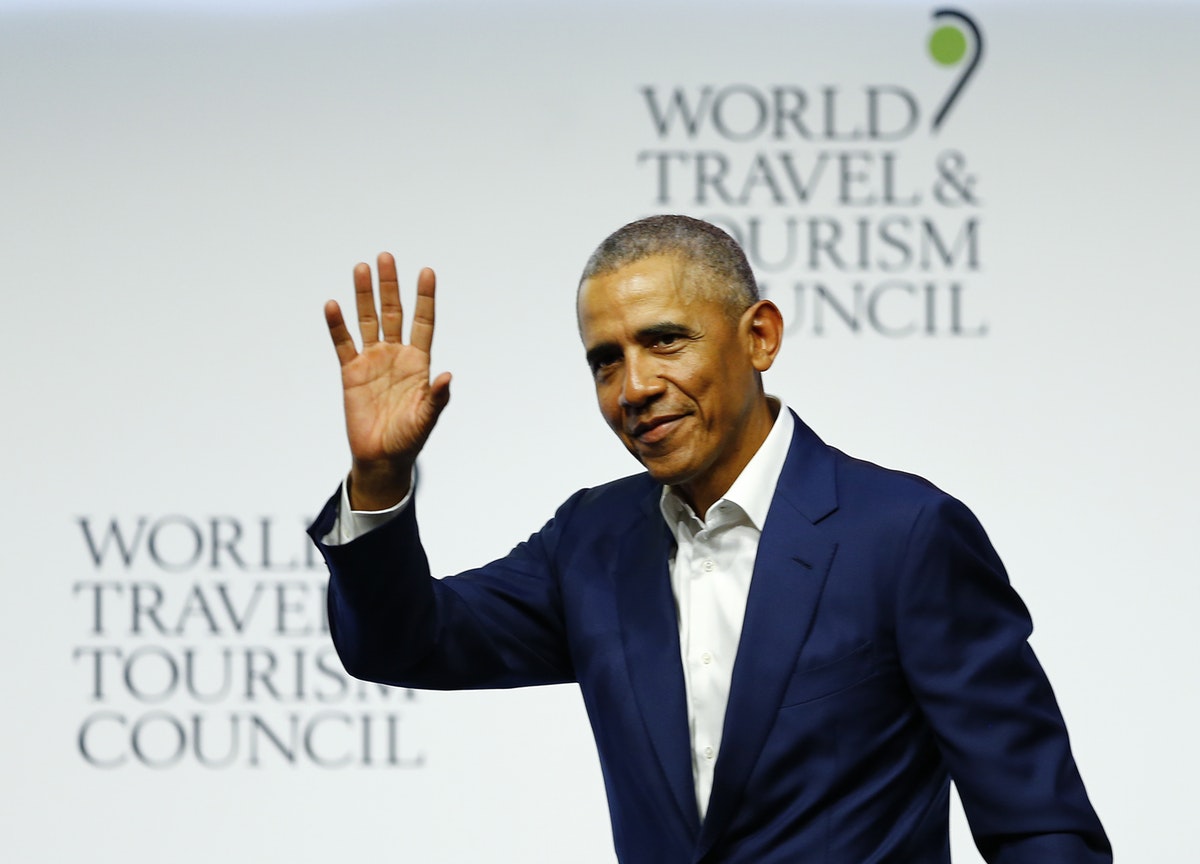 The pool days may be on their way out, but the book recommendations are still coming in hot. On Wednesday, former President Barack Obama released his 2019 summer reading list, and you have plenty of time to read a few before Labor Day. Back in June, Obama released a list of "slightly heavier" material, but his most recent recommendations are perfect for your end-of-season travels.

Accompanying the reading list, which was published to Obama’s social media accounts, is a caption with an earnest plea to his followers regarding a recently deceased author: "To start, you can’t go wrong by reading or re-reading the collected works of Toni Morrison. Beloved, Song of Solomon, The Bluest Eye, Sula, everything else — they’re transcendent, all of them," Obama writes. "You’ll be glad you read them."

Toni Morrison, who passed away after a brief illness on Aug. 5, 2019, was the author of 11 novels for adults, including the four mentioned by name by Obama. In her lifetime, she won the Pulitzer Prize for Fiction, the Nobel Prize in Literature, the National Book Foundation’s Medal of Distinguished Contributions to American Letters, and other awards. Notably, Obama presented Morrison with the Presidential Medal of Freedom in 2012. After her death, Obama posted a tribute that read, in part: "Toni Morrison was a national treasure, as good a storyteller, as captivating, in person as she was on the page. Her writing was a beautiful, meaningful challenge to our conscience and our moral imagination. What a gift to breathe the same air as her, if only for a while."

Aside from the works of Toni Morrison, the former president also recommends a number of books that speak to the complicated history of the United States, including The Nickel Boys, the newest novel from Pulitzer Prize winner Colson Whitehead. The book, released in July, was inspired by the what the New York Times dubbed "a real-life house of horrors" — the Dozier School for Boys in Florida, where countless black students were tortured, assaulted, and murdered.

Another notable new release is found on Obama’s list: Inland by Téa Obreht, an unconventional story of the American West that focuses on a frontierswoman and an outlaw on their respective journeys in and through the arid deserts of the Arizona Territory.

Obama also encourages his followers to read a book profiled by Bustle earlier this year: Maid by Stephanie Land, a memoir about one woman’s desperate attempts to keep herself and her daughter afloat in a United States that has become increasingly hostile to poor Americans. "I feel very strongly that the only way anything is going to change is if we start listening to the people who are living the lives we want to change," Land told Bustle in January. "I think there’s so much power in a first person narrative, from a person living on the margins. It seems that people are listening — or they’re ready to. The worse things get, the closer to home [poverty] becomes — people are paying attention." Perhaps with the president’s endorsement, more people will find her book — and pay attention.

Other books on the list include Exhalation by Ted Chiang, Wolf Hall by Hilary Mantel — the first book in a widely beloved trilogy that will receive its long-anticipated third and final installment in 2020 —  Men Without Women by Haruki Murakami, American Spy by Lauren Wilkinson, The Shallows by Nicholas Carr, Lab Girl by Hope Jahren, and How to Read the Air by Dinaw Mengestu.

Of course, this isn’t the first time President Barack Obama has used his influence to recommend books. He typically releases reading lists seasonally and at the end of the year. (At the end of 2018, he said his favorite book of the year was Becoming, the memoir written by his wife, Michelle Obama.) His dedication to reading and recommending books is a stark contrast to the habits of his successor Donald Trump who, it seems, doesn’t really read books.

Obama is also the author of three books: The Audacity of Hope, Dreams of my Father, and Of Thee I Sing. He is slated to release a fourth book with Penguin Random House in the coming years, though no information on what that book will be about or when it will be released has been announced at this time.

END_OF_DOCUMENT_TOKEN_TO_BE_REPLACED

END_OF_DOCUMENT_TOKEN_TO_BE_REPLACED
We and our partners use cookies on this site to improve our service, perform analytics, personalize advertising, measure advertising performance, and remember website preferences.Ok