Best star snaps of the week: Getting ‘Gala’ glam

Billie Eilish says she once wore dresses daily: ‘Body image tore that down’

Security was a “Lost Cause” during Billie Eilish’s headlining set at Governors Ball.

The singer called out the music festival’s security team for not “paying attention” to the massive crowd watching her perform in New York City Friday night.

“Security, why aren’t you paying attention?” Eilish, 19, yelled, interrupting her own performance of “Happier Than Ever.”

While hovered in the air, the singer also pointed to a specific area in the crowd, though it’s unclear what she saw that raised concern.

“Like, for real,” she continued, clearly annoyed. “One job, please.”

Eilish continued to sing before pausing a second time to check on the crowd.

“Everybody good? Are you OK?” she asked, to which the crowd responded by screaming loudly. The moment was captured on video and uploaded to Twitter.

Reps for Eilish did not immediately return Page Six’s request for comment.

Though the “Bad Guy” singer didn’t address the incident on social media after the show was over, she did call the performance one of her “all time favorites” on Instagram. 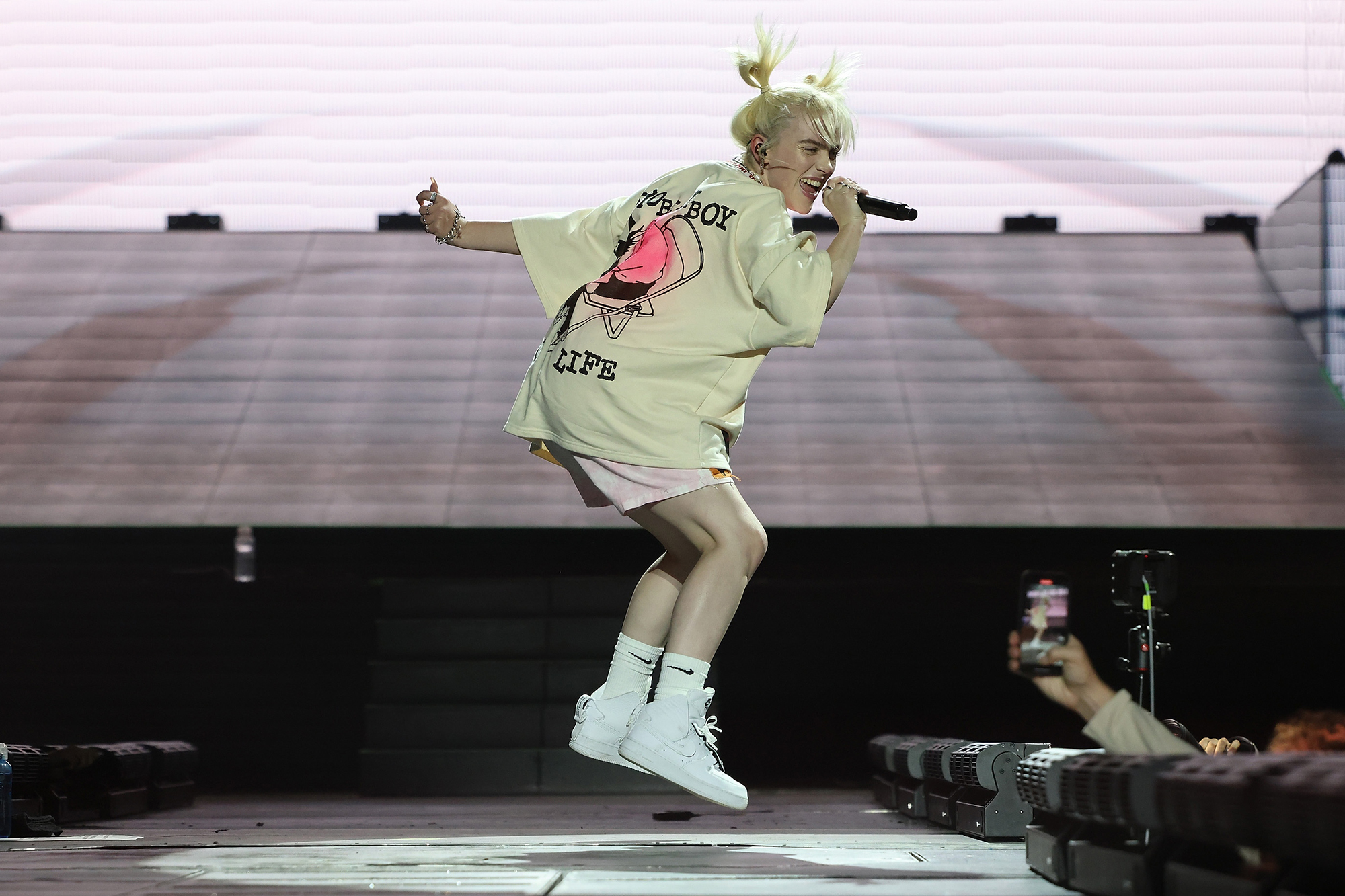 Eilish recently revealed that she lost over 100,000 followers on Instagram after she started wearing more skin-baring clothing. Many called out her sexy selfies, specifically ones in which she was wearing a corset and lace bra.

Though the Los Angeles native has returned to her signature baggy T-shirts while on stage, she is still embracing a more sexy look on the red carpet. Her Met Gala afterparty look, for example, featured a daring slit that revealed a rare glimpse at her thigh tattoo.