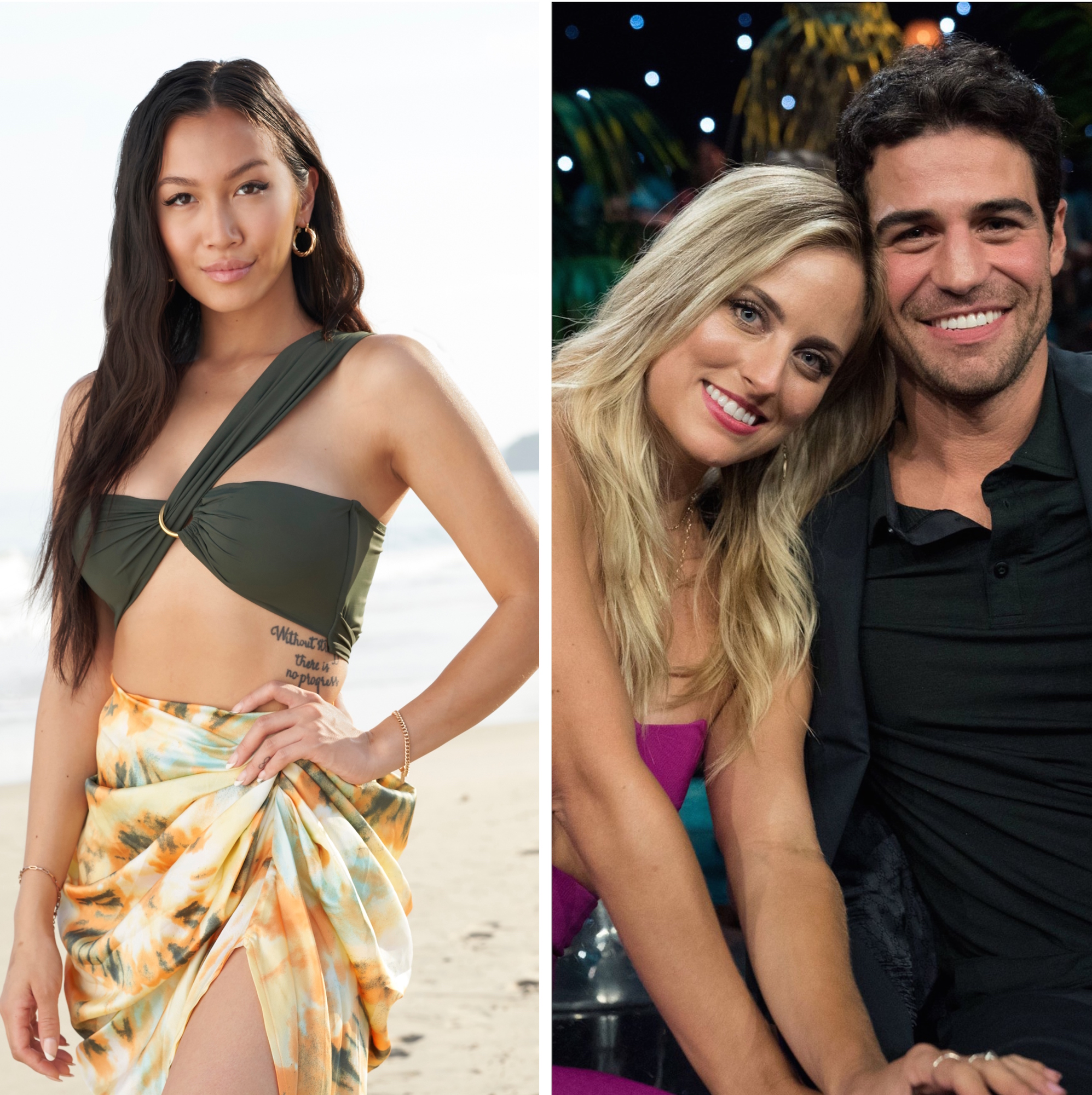 During the Monday, August 16, season 6 premiere, Joe, 35, broke down while wondering whether coming back to Paradise was a mistake following his split from Kendall, 30. The duo, who met during season 5 of the Bachelor spinoff, split in January 2020.

“Breaking up was the hardest thing I ever had to do,” the Dancing With the Stars alum said during the episode. “Right away you have your doubts and you’re obviously upset, but I forced myself to get over her.”

After connecting with Serena Pitt, the Chicago native admitted while holding back tears, “My conversation with Serena P. was like talking to Kendall.”

During Monday’s episode of the “Ben and Ashley I Almost Famous Podcast,” Paradise contestant Tammy Ly hinted at what happens when Kendall arrives in Mexico later on in the season.

“Maybe they get back together,” the Bachelor alum said. “I don’t know!”

In the promo for the rest of the season, Joe appears to tell Serena, 23, that he loves her and is shocked when his ex arrives at the beach.

‘Bachelor in Paradise’ Couples Who Got Back Together After Breaking Up

Wells Adams, who serves as the bartender and everyone’s go-to for advice on Paradise, shed light on Joe’s journey in an exclusive interview with Us Weekly.

“Everyone just needs to watch because Joe is going to be all over this season. I think America’s going to fall in love with him all over again,” the Bachelorette alum, 37, said. “The show doesn’t work for everybody, but for the select few, it’s really, really beautiful. And so I think my concern with Joe coming back on was, it’s hard to recreate something — like, will lightning strike twice? And obviously, that place is near and dear to his heart in terms of his relationship with Kendall. And was he going to have some sort of PTSD by coming back into that place trying to find new love? I was just concerned about his well-being. I also love him as a friend and was legitimately, like, hoping for the best for him. And I think that was just probably too, like, ‘Can this happen again?’”

It’s also possible that Joe is earning a ton of screentime for another reason.

“Wells was on here recapping, and he mentioned that he thought someone could get a Bachelor edit from Paradise,” Nick Viall recalled on the Monday episode of his “Viall Files” podcast. “I’m almost certain that must be Grocery Store Joe from what we’re seeing in episode 1.”

Bachelor in Paradise airs on ABC Mondays and Tuesdays at 8 p.m. ET.