Blake Shelton Won Over Gwen Stefani's Family With His Manliness 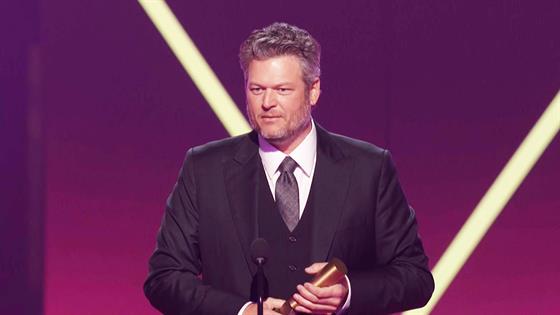 Winning over your significant other’s family can be tough, but not if you’re Blake Shelton.

During a fun visit to The Kelly Clarkson Show with his fellow The Voice co-stars Gwen Stefani, John Legend and Carson Daly, the country singer and his longtime girlfriend recalled the moment he won over her family at his Oklahoma ranch.

“I remember the first time I went to Oklahoma with my family,” the “Hollaback Girl” singer, who shares sons Kingston, 13, Zuma, 11, and Apollo, 5, with ex Gavin Rossdale told host Kelly Clarkson. “We are, like, from Anaheim [Calif.], we’ve never seen even trees before, so, we were like, ‘Wow, this is crazy.’ And we’re, like, driving and Blake’s in his truck and there’s a tree that had been, like, blown down in the road.”

For a story this good, Gwen had to get up and reenact the whole thing. “Blake gets out and he’s like, ‘Alright,'” she continued. “And he gets in the back of the truck. He has, like, a big chain and pulls it out. He wraps it around the tree. And my whole family is like, ‘Oh my god, he’s a man!'”

Staying on theme with Gwen’s anecdote, Kelly asked the group who they would want by their side if they ever had to survive in the wilderness.

Knowing that Blake is a real country man, Carson went first: “I’d pick Blake and I would kill him and take the vodka in his back pocket.”

John also went with the “Honey Bee” crooner, saying, “I feel like Blake because he’s got all these acres of ranch land and Oklahoma…I feel like he would know a lot of outdoorsy things that would get us through life.”

Seeing that Kelly was upset that none of The Voice judges would pick her, Blake threw in a little zinger. “You can even beat me on your own show,” he said, which was met by a roar of laughter from the audience and Kelly.

Watch the hilarious moment in the video above!

(E! and NBC are both part of the NBCUniversal Family.)