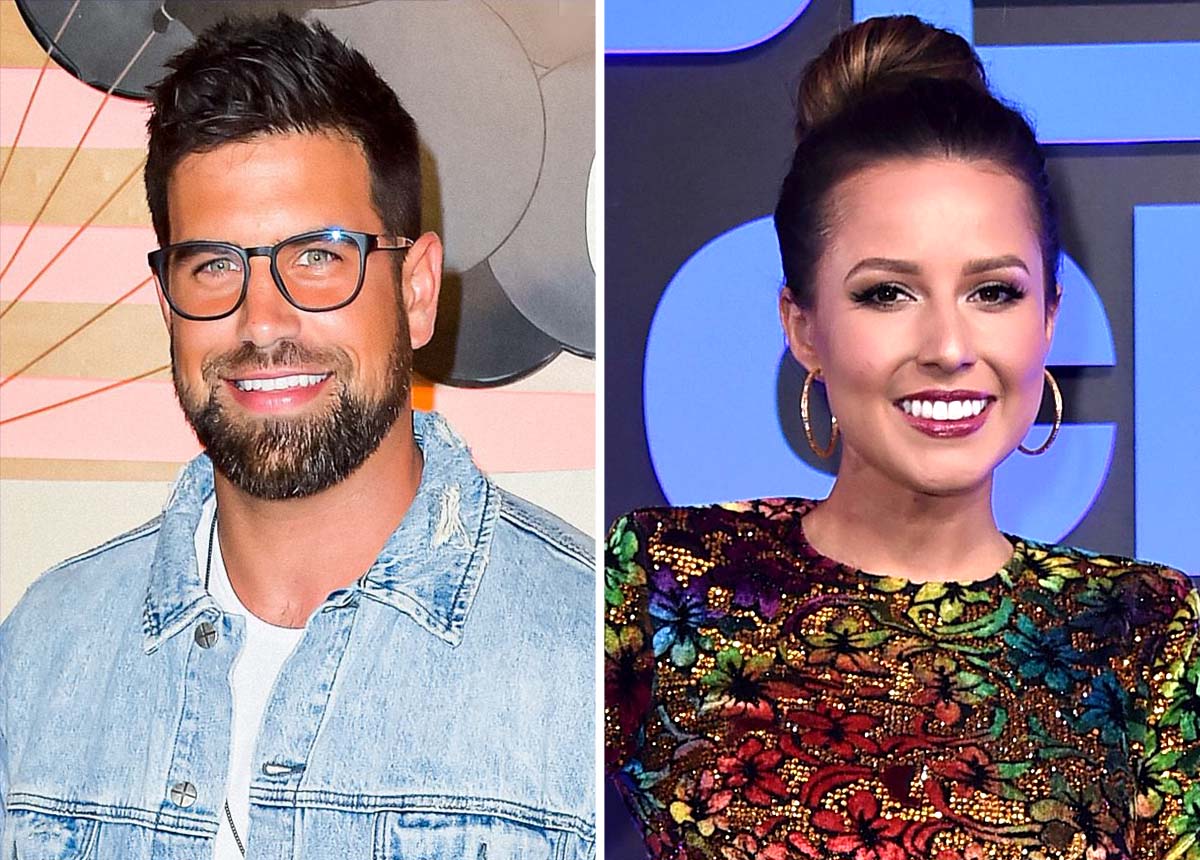 Not saying goodbye just yet. Blake Moynes weighed in on a potential return to the Bachelor franchise — and it sounds like it isn’t completely off the table.

Down in the DMs! Blake Moynes’ ‘Bachelorette’ Timeline: From Clare to Katie

During an Instagram Story Q&A on Tuesday, March 29, Blake, 31, responded to a question about appearing on reality TV again, joking, “Duh, Paradise! Count it down! Can’t wait to get on that beach, get back into it.”

The Canada native added: “Probably not, never say never, but not unless it was a great opportunity for something, but I’d like to not.”

Blake made his Bachelor franchise debut in 2020 when he appeared on Clare Crawley and Tayshia Adams‘ season of The Bachelorette. One year later, the wildlife manager tried his luck at a rose again during Katie Thurston‘s season.

Katie, 31, and Blake formed a connection during season 17, which ended with a proposal during the August 2021 finale. Two months after the episode aired, however, they announced their decision to call off the engagement.

“It is with mutual love and respect that we have decided to go our separate ways. We are so grateful for the moments we shared together and the entire journey that has unfolded this year, but we ultimately have concluded that we are not compatible as life partners, and it is the most caring choice for both of us to move forward independently,” Katie and Blake captioned their identical posts via Instagram in October 2021. “We ask for kindness and privacy as we both navigate this transition. Both of us will forever want the best for one another and ask you to please support us in our decision.”

One month after the split, Us Weekly broke the news that Katie had moved on with John Hersey — who was originally sent home during week 2 of her season. At the time, Blake noted that he didn’t expect for her to start dating John, 27.

“I really don’t think there was any physical cheating there, but there [was] clearly emotional [cheating] for it to transition as quickly as it did. I feel stupid and foolish for allowing it to happen, to some degree,” he shared during an episode of the “Talking It Out With Bachelor Nation” podcast in November 2021.

For Blake, his ex-fiancée’s relationship status wouldn’t have been as upsetting if he got a warning ahead of time. “I just thought that she might at least tell me on the side just because we have had very cordial and easy conversations through text [since the breakup]. Why not reach out to me and tell me that? There’s a little lack of respect there,” he added.

The former bank marketing manager, for her part, later admitted that it was “disappointing” to hear Blake’s comments about her love life.

John also pointed out that he was present during Katie’s relationship to Blake as a close friend.

“I watched how much effort she put into that relationship while it was falling apart. And what really pissed me off about that, like, listening to that podcast was when there started to be a narrative get painted that she was putting no effort in, and Blake was the only one putting effort in at the end,” he said on Tuesday. “And furthermore, that in that time, where she was ‘absent,’ that she was somehow emotionally cheating with me. … It just pissed me off.”