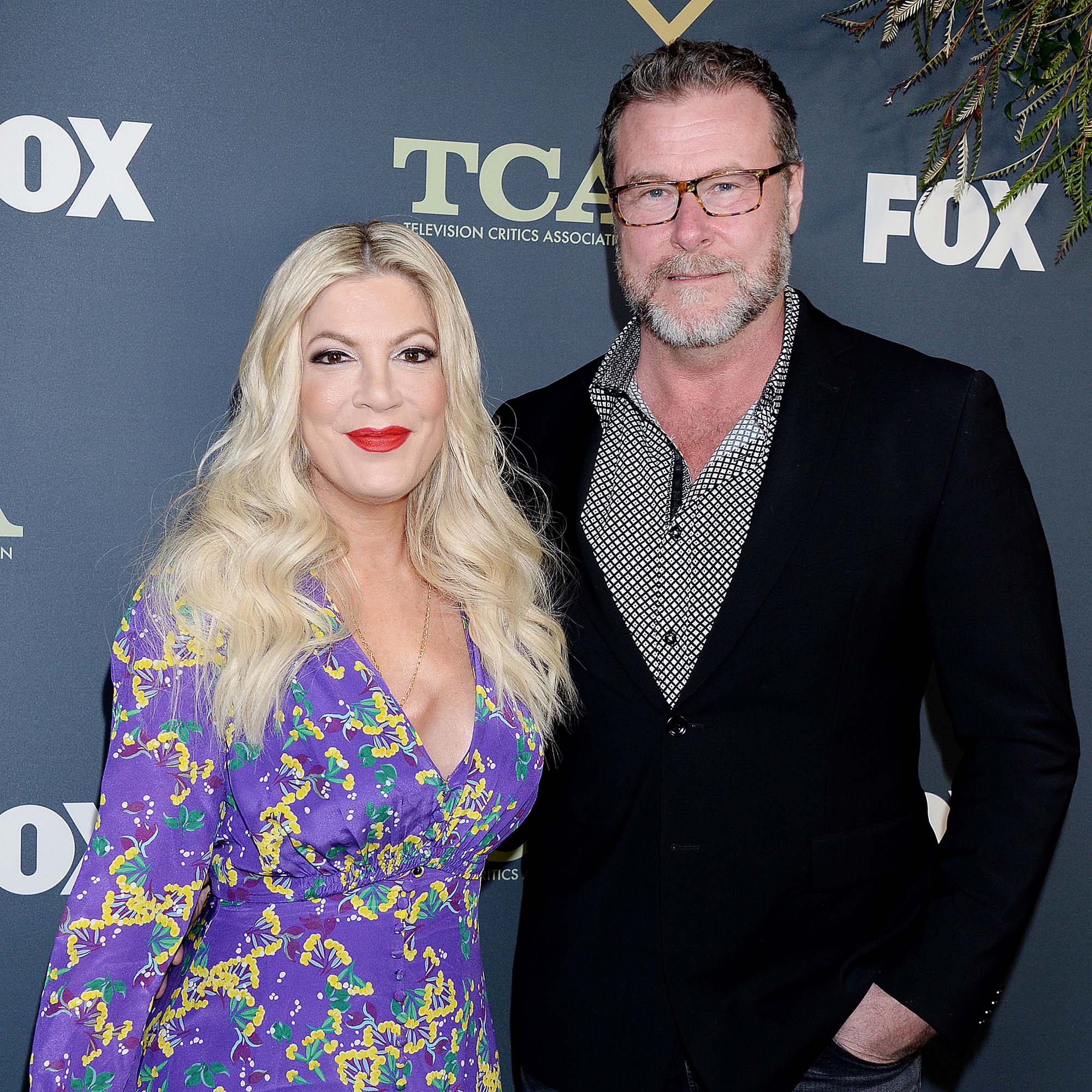 No. 1 fan! Dean McDermott penned a thoughtful message in honor of International Women’s Day — and praised Tori Spelling in the process.

“Happy International Women’s Day to these incredibly smart, creative, strong, fierce and funny Women. I’m so blessed to have you in my life,” the actor, 55, captioned an Instagram upload on Tuesday, March 8. “I love you So Much!! #happyinternationalwomensday #luckyguy.”

McDermott’s tribute comes after months of speculation that he and the Messyness cohost are on the brink of divorce. Spelling raised eyebrows in June 2021 when she revealed that the pair were sleeping in different rooms, and the split rumors continued to grow after she was spotted at an attorney’s office later that year. During the October 2021 outing, the Beverly Hills, 90210 alum was photographed holding documents that appeared to reference child support and custody.

Celebrity Couples Who Stayed Together After Cheating Scandals

At the time, a source exclusively told Us Weekly that the actress “feels trapped” in her marriage because of the kids. “She’s tried counseling with him,” the insider continued, claiming that the couple had a “really serious” argument that prompted their rocky patch.

A second source added that the Chopped Canada host and the Stori Telling author weren’t in “a healthy place,” telling Us, “It’s gotten really bad and those close to them feel it won’t last much longer.”

Despite the “tension” that was brewing between the duo, the “90210MG” podcast host didn’t think it was the “right” time to call it quits. “No matter what [happens], their kids will come first and always be their number one priority,” the source explained.

Fans continued to wonder whether the pair were heading for a split when Spelling shared a glimpse of the family’s holiday card — from which McDermott was noticeably absent. “Fact: @imdeanmcdermott was filming his new feature film in Canada,” the California native fired back via Instagram in November 2021 as social media users questioned her husband’s whereabouts.

Us later confirmed that the family of seven spent Christmas together.

Spelling and the Slasher star have experienced plenty of highs and lows since they tied the knot in 2006. Us broke the news in 2013 that McDermott cheated on his wife, and he eventually checked into a treatment facility for sex addiction. The aftermath of the scandal was featured prominently on the pair’s Lifetime series, True Tori.

While reflecting on his past infidelity, the Due South actor exclusively told Us in October 2019 that he thought Spelling would “have a knee jerk reaction” and leave. “I thought that Tori was just going to run for the hills, and I could totally understand why,” he recalled. “But she was like, ‘I just can’t turn off the love for you. I love you. You hurt me. I’m angry, but I love you. I can’t turn that off.’”

McDermott concluded at the time: “Every relationship is work, and when you get to that point, you can’t bail. You got to knuckle under and work it out. It is hard.”