Beyoncé, Jay-Z and Elon Musk were in front row during Dave Chappelle attack

The producer, investor and newly minted reality star was hiding in the bare-bones guest room of her new home in Los Angeles. She wore a plain white sweater — no makeup, no jewels. “I needed some quiet,” she explained.

Huddled in that spare bedroom, Mi Li did seem far away from the high-octane drama and chaotic opulence of “Bling Empire,” the Netflix series that, after its debut in January 2021, made her famous.

The first episode showed the now-36-year-old celebrating her birthday aboard a friend’s private jet, then spending the day in Paris shopping at Boucheron for jewels, and getting into a tiff with boyfriend “Power Rangers” actor Andrew Gray.

“We haven’t really spoken for almost a year,” Mi Li said of her now-ex. In fact, a lot has happened since 2019, when “Bling Empire” finished filming its first season, featuring a gaggle of real-life Crazy Rich Asians jet-setting, partying, feuding and spending extravagant amounts of money. 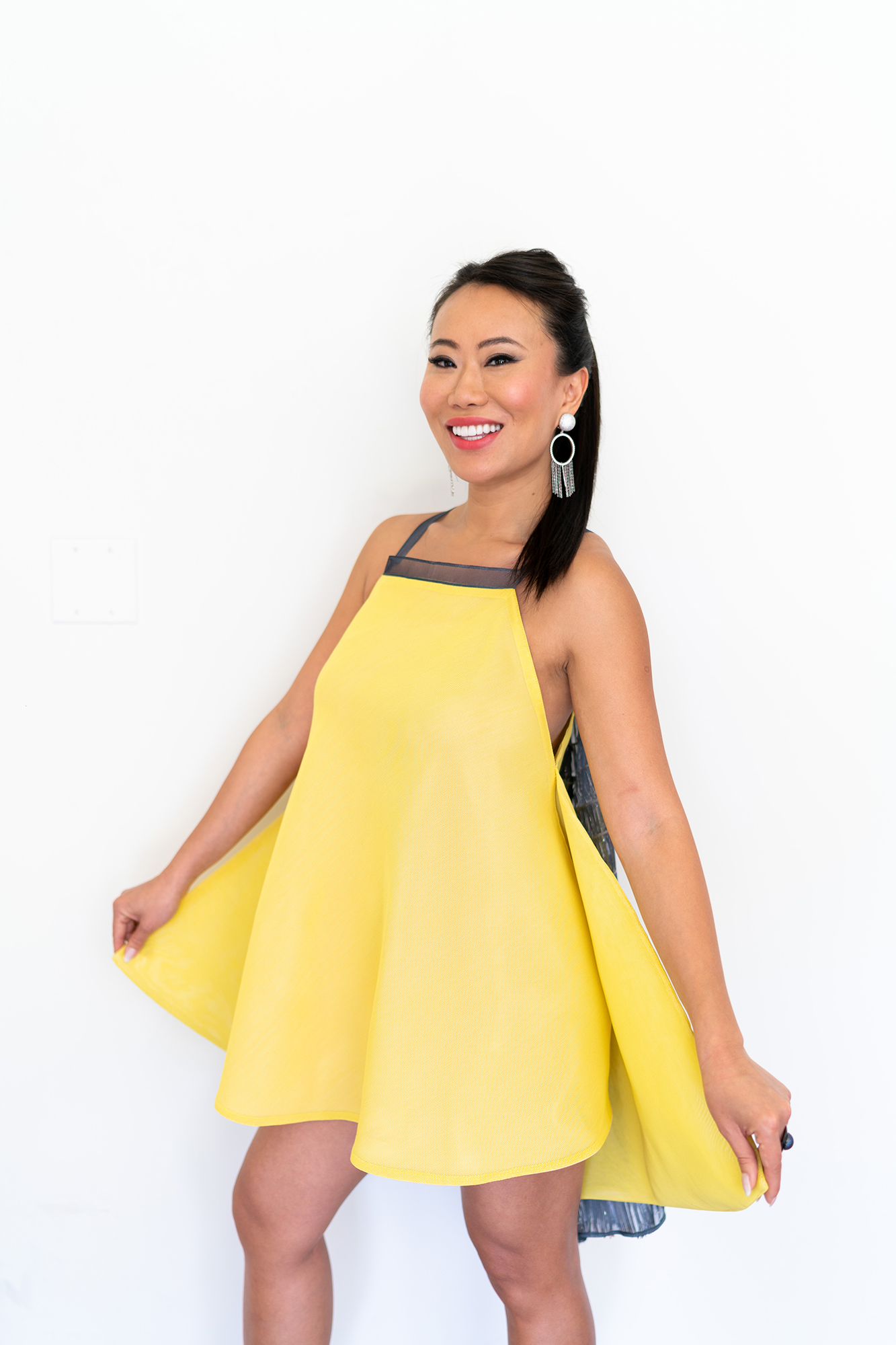 For one thing, a global pandemic delayed the show’s premiere and put a damper on the cast members’ globe-trotting lifestyles. But also, for Mi Li, there was a difficult breakup, a move, therapy and a lot of healing.

That first season, “I was in a darker place,” said Mi Li, who is an executive producer on the series. “I didn’t feel free to be myself because I was walking on eggshells, because I didn’t want to upset [Gray],” who showed a fiery temper on the show.

Now, she’s ready to reveal a new Kelly in Season Two, which drops May 13.

“The audience will be able to see the funner and lighter side of me,” she promised. “And they will see me finding my voice and my own power.”

(On April 28, Mi Li filed a complaint against “Bling Empire” producer Jeff Jenkins, claiming that he took and “exploited” her concept for the reality series without properly compensating her. Mi Li was not able to comment on the lawsuit to The Post. Jenkins’ rep did not respond to a request for comment.) 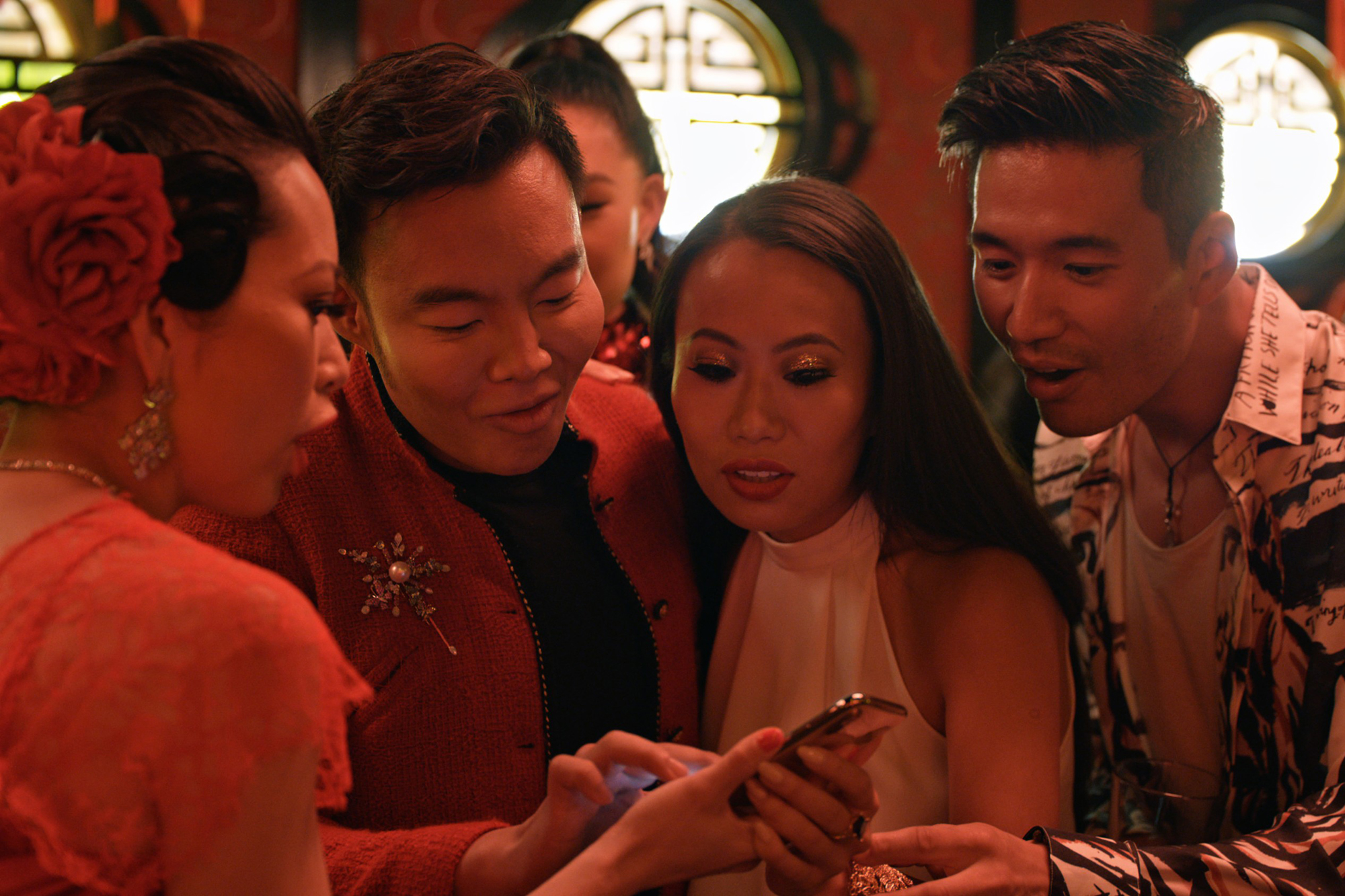 Mi Li has a lavish life, but unlike her “Bling” co-stars she didn’t come from money. ‘

Born in Kunming, China, she and her family immigrated to the US when she was 10, after her mother got a cancer research job at the University of Illinois in Chicago. Life in America was an adjustment for the entire family: Mi Li barely spoke English, and her father — a doctor in China — had to work as a carpet cleaner. He went back to their homeland a year later, and Mi Li’s mother had to pick up odd jobs at night to raise the young girl on her own.

“My mom sacrificed so much,” Mi Li said, adding that she felt guilty even asking her mother for a candy bar at the discount supermarket where they shopped in Chicago. “I learned the value of a dollar at a really young age.” 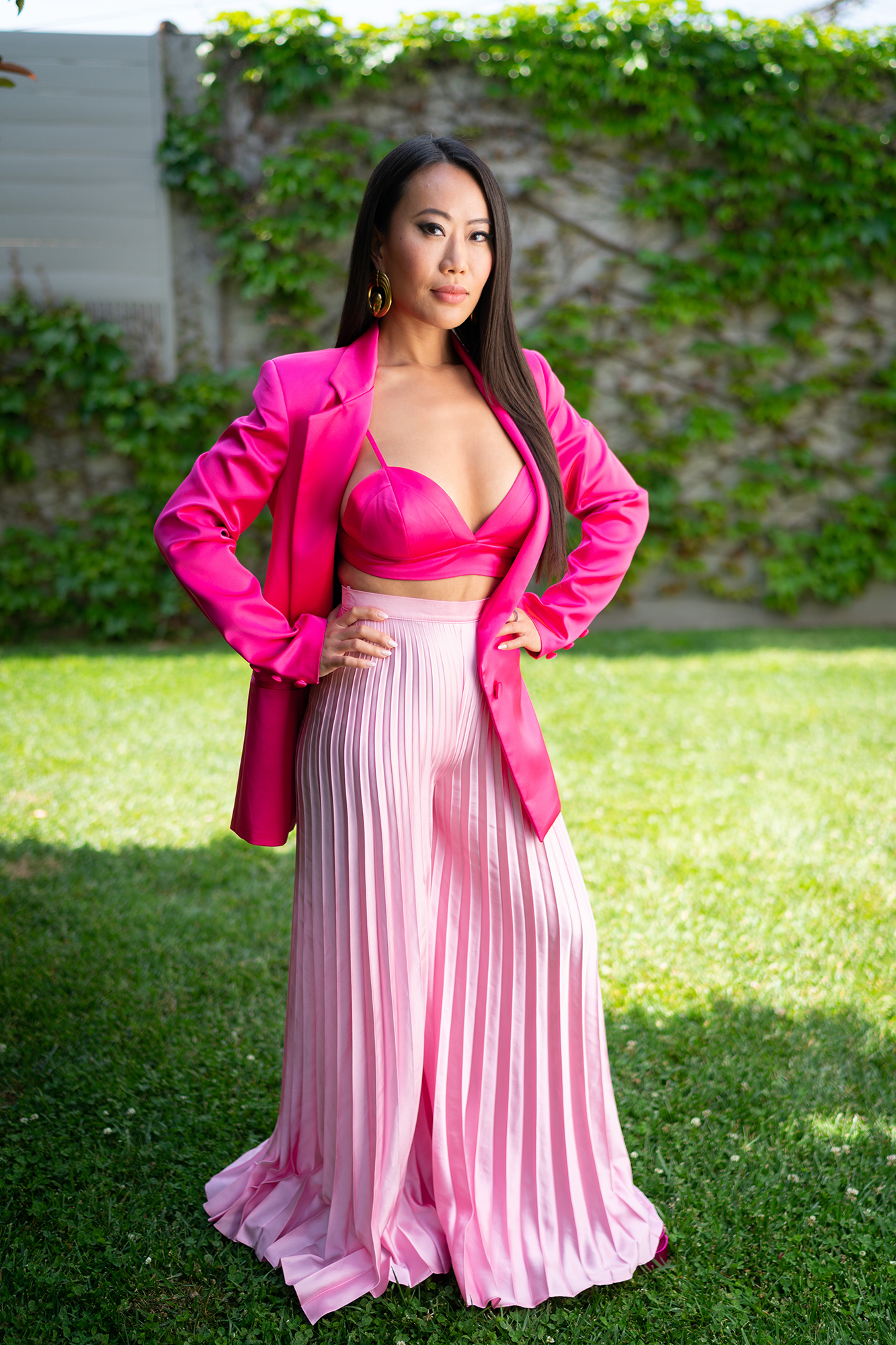 Mi Li began babysitting at 12, and later worked at a restaurant, as well as Victoria’s Secret and Pottery Barn. When she turned 18, she got her life-and-health insurance license and started working for New York Life. Her mother expected her to be a doctor, but at 21, Mi Li dropped out of school and moved to Los Angeles. While working in the restaurant industry there, she met her first husband, Lin Miao, founder of a texting company who introduced Mi Li to a world of unfathomable luxury.

The couple would regularly rack up $400,000 on their Black AmEx card, flying private to Tokyo and buying up Birkins and Tiffany jewelry. They had seven cars and four homes. And then, one day in 2015, the government showed up and arrested him. Miao was running “one of the largest cyber scams in American history.”

“It was very shocking for me,” Mi Li told The Post, who added that she and her husband were in the process of divorcing when she found out — there were “other issues” with the marriage, she said. 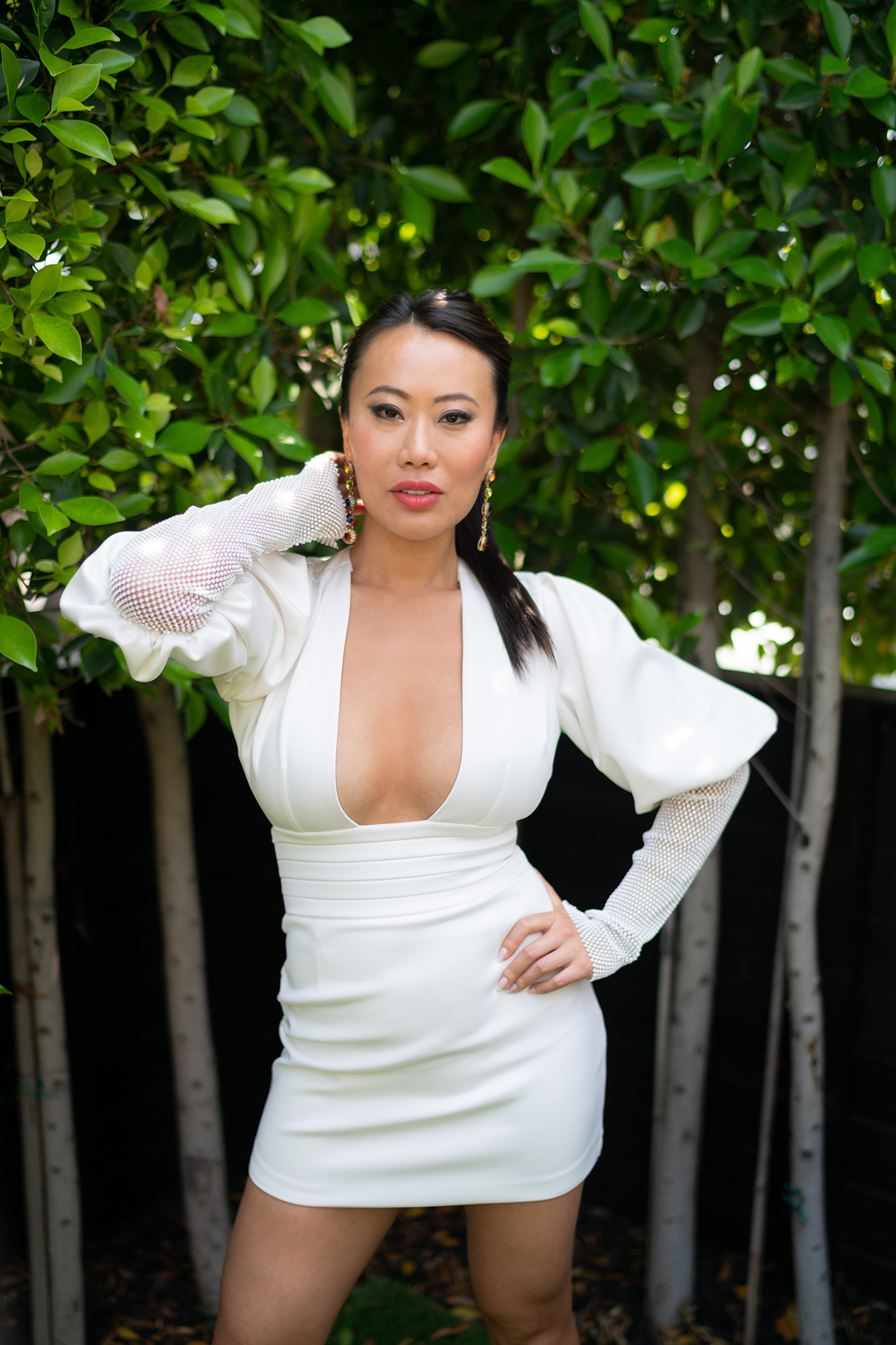 “The good part was that it didn’t happen when we were still together. But it was hard, because I didn’t really know what was going on, and my mom and I were lending him our personal money to help with his legal fees.” Eventually, all her money was gone as well.

Mi Li cut back on her expenses and sold quite a few of the Birkins. But she eventually landed back on her feet — even when married she never stopped working; it wasn’t in her nature to give up.

“For me, being an entrepreneur, there are always ups and downs,” she said. “Money comes and goes. I am always going to be able to make money, it’s just sometimes there’s an adjustment period.” 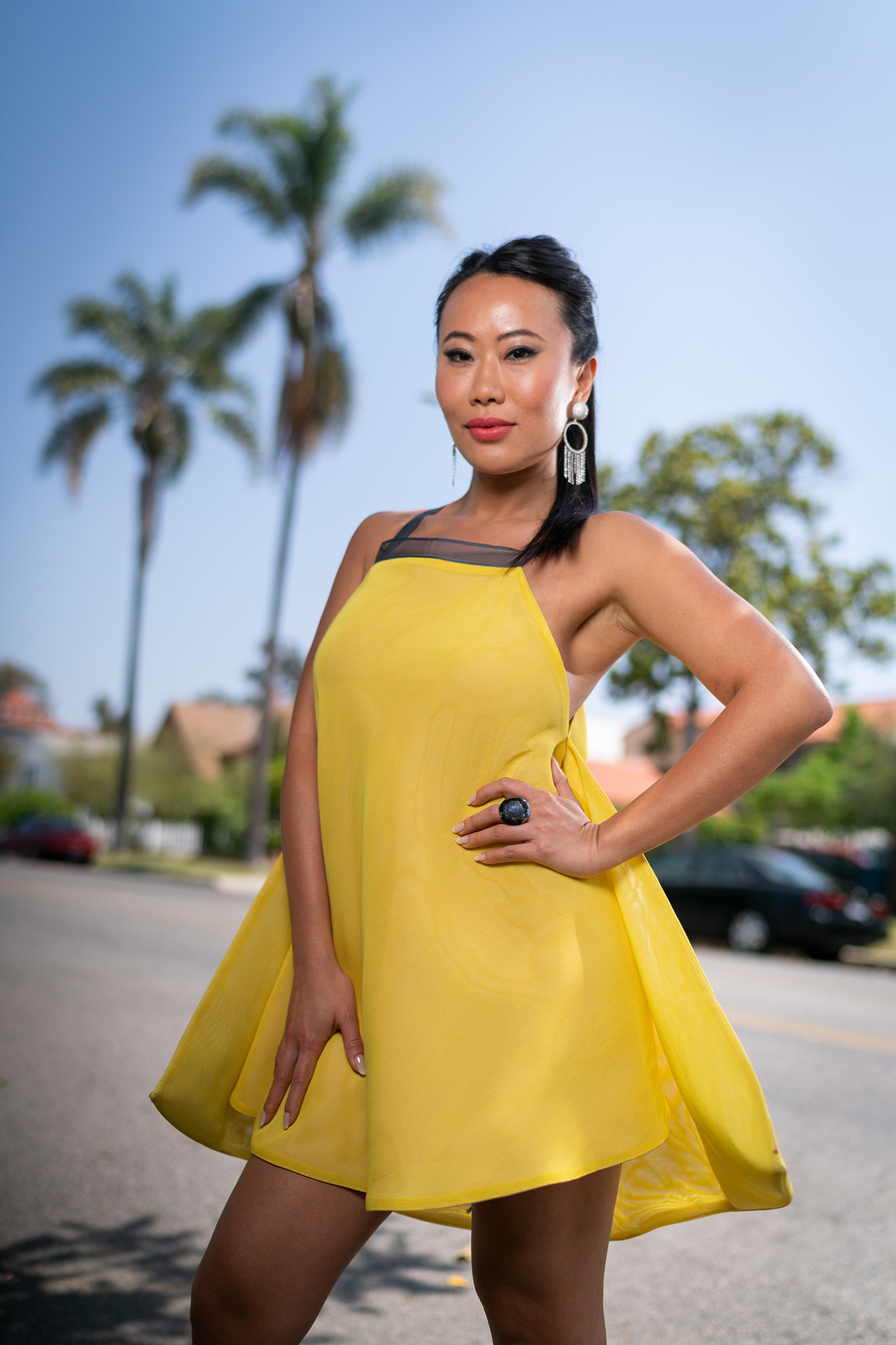 Through living in Los Angeles, Mi Li found her way into the entertainment industry, and was working in production when a few years ago she read “Crazy Rich Asians,” the smash 2013 bestseller by Kevin Kwan, about a family of fabulously wealthy Singaporeans.

“I was like these [people] are real,” she said. “They’re fictional characters, but they’re my friends pretty much. So I started putting a show together.”

Originally, Mi Li was only supposed to be an executive producer on “Bling Empire,” working behind the camera. But it felt a little odd to be in the background of a show starring all her friends — who she met largely through traveling and hanging out at exclusive hotels and nightclubs. Plus, it was hard to find people from “that crazy rich world” willing to expose their lives. 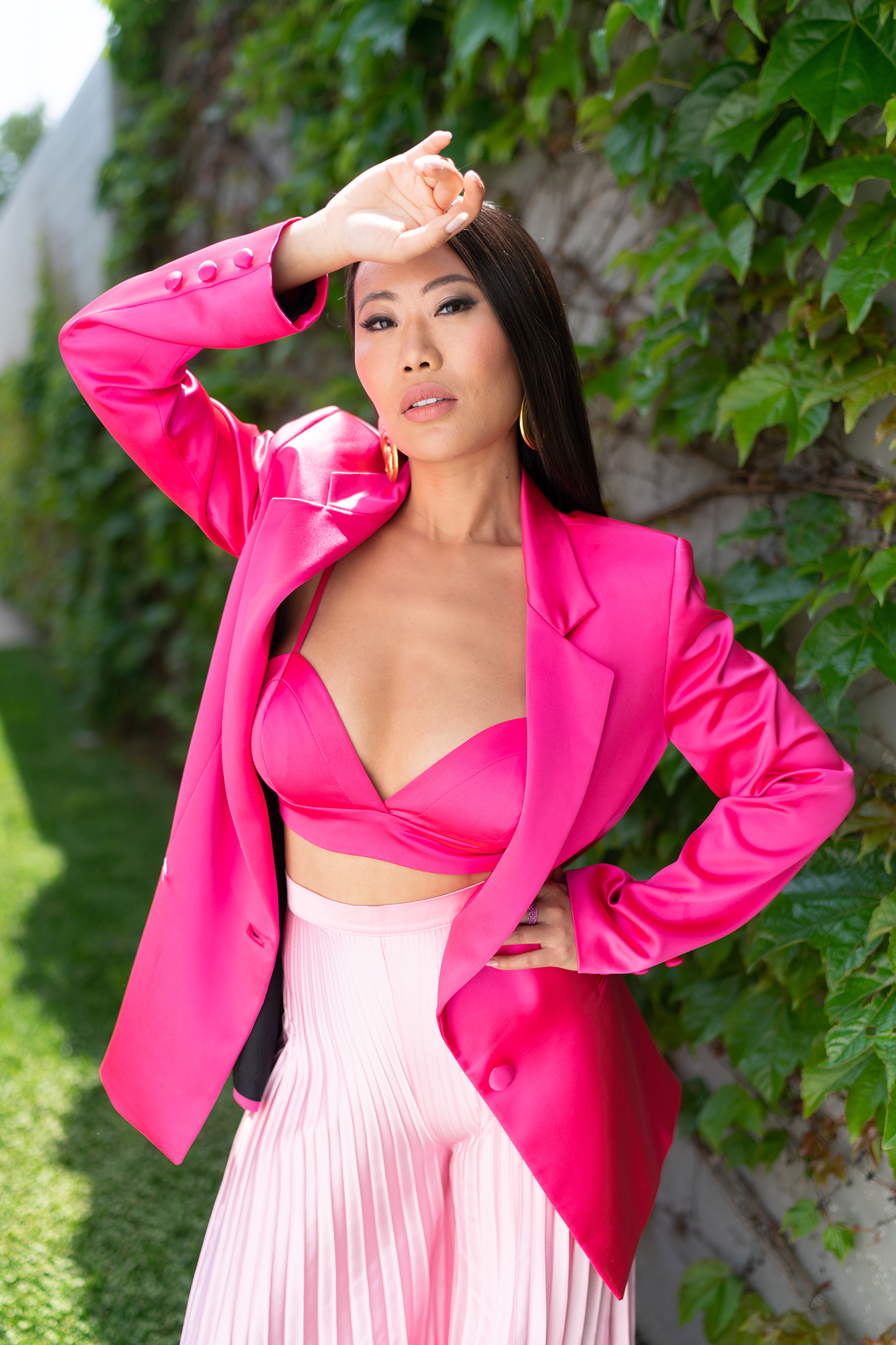 “With Asian culture, especially if they come from family money, a lot of them don’t want to be that public,” Mi Li explained. So she stepped out of her comfort zone and got in front of the camera.

“It would be a lie if I told you it was easy,” Mi Li said. “I’ve spent my whole career building myself to be a respected producer and businesswoman, so it was hard being so vulnerable in front of the camera and letting people know my secrets.”

Those secrets involved her divorce, going to couples therapy with Gray, breaking up and getting back together with Gray, flirting with one of her other co-stars and more. Yet the messy complexities of her life have helped make the show more than just a fizzy confection. “Bling” deals with toxic relationships, infertility issues, adoption, family dysfunction and other “meatier” topics that make its jaw-droppingly privileged cast members empathetic and relatable.

“The amount of women who have reached out to me [after seeing the show] was overwhelming,” Mi Li said. “I didn’t realize my story related to so many of them.” 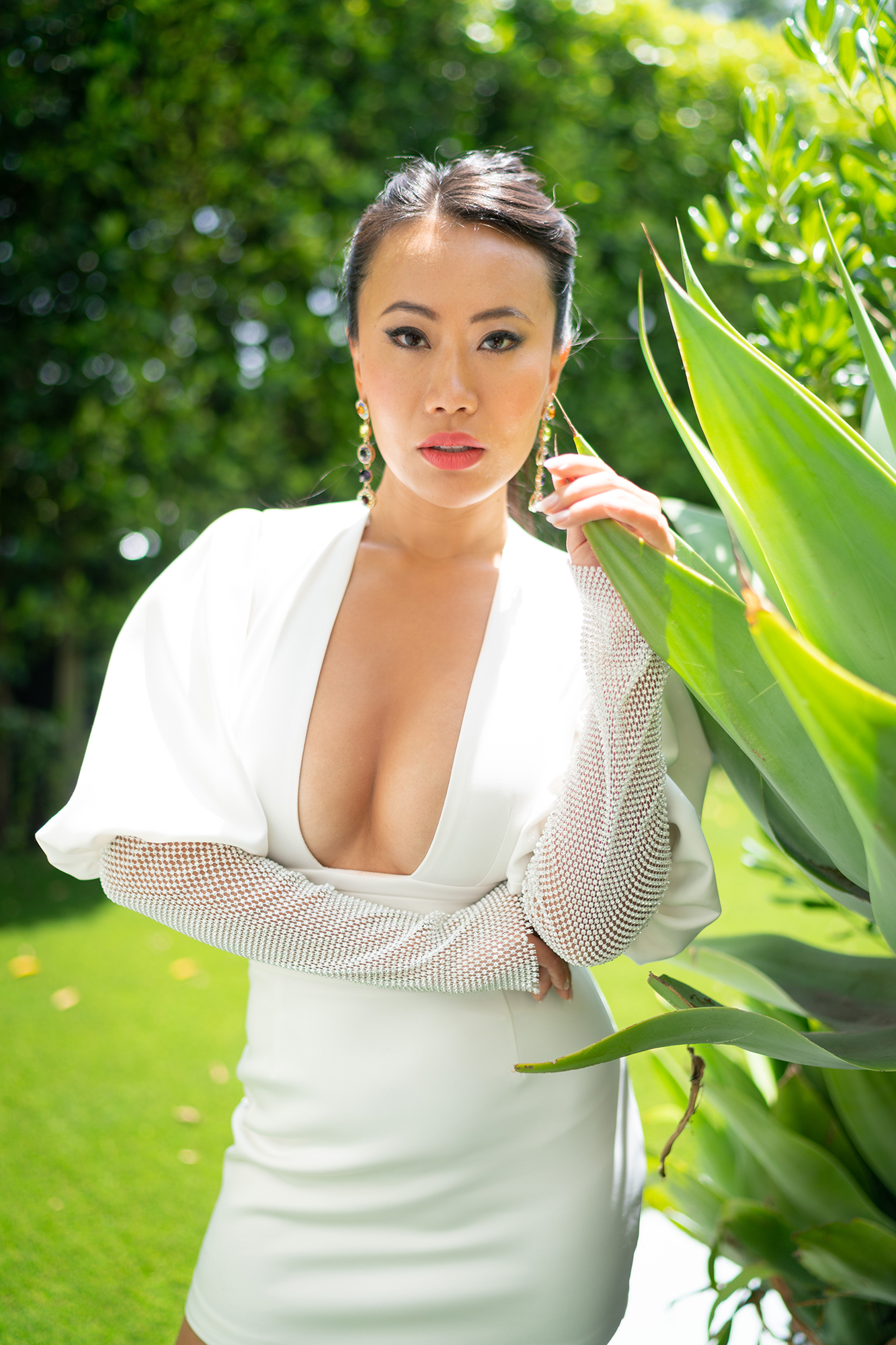 After filming the first season, she started doing individual therapy, left the sleek modernist West Hollywood home she shared with Gray for five years, and bought a cozier 2,000 square foot house that she’s currently renovating. The pandemic curtailed her international travel, but it has allowed her to discover her state of California.

“I’m exploring nature, which I’ve never done before,” she added with a laugh. And she’s allowing herself to loosen up.

The show “really kickstarted my self-discovery journey, and it was a really big shift for me,” she said. “It was, at times, a little embarrassing, but it was really rewarding at the end. When I think of how many people I’ve connected to and what it did for Asian representation in the mass media — it’s bigger than myself.”