According to statistics obtained by the American Pet Products Association, Americans are spending more than $70 billion a year on the pet care industry.

A New York woman has sued dog food maker Blue Buffalo claiming the brand charges higher prices and touts healthier ingredients but is actually causing animals – including her own dog – to pack on the pounds, court papers show.

The brand, which the suit calls a “leader” in the $29 billion pet food industry, charges more than its competitors but “claims that the extra cost is justified for these health and evolutionary-based diet restrictions.” 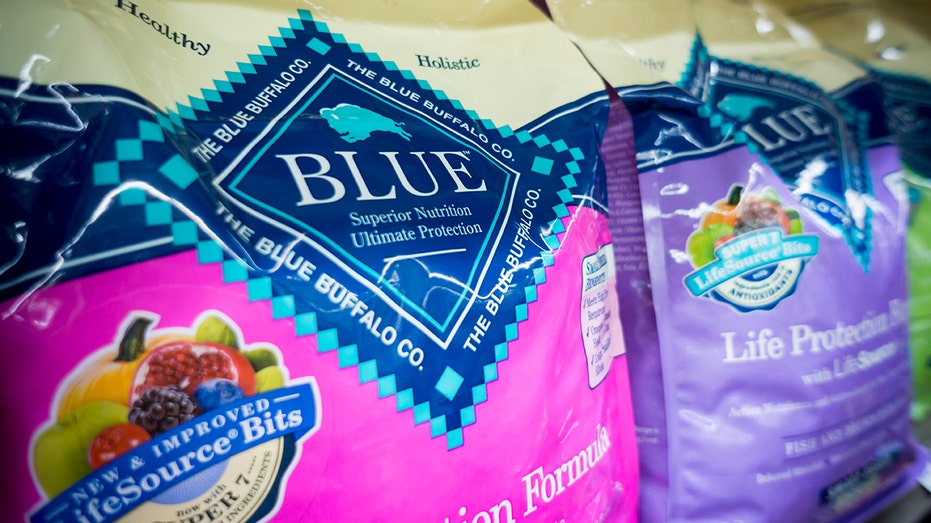 Bags of Blue Buffalo pet food on the shelves of a pet food store in New York in 2015. (Photo by Richard Levine/Corbis via Getty Images)

“But [Blue Buffalo’s] claims are deceptive because their Blue Wilderness products all contain high levels of dietary carbohydrates,” the lawsuit states, adding that the percentage of carbohydrates is not disclosed on the packaging and effectively “hidden from consumers.”

A spokesperson for the company did not immediately respond to FOX Business' request for comment.

Blue Buffalo also displays a gray wolf on its Blue Wilderness packaging and claims it’s “[i]nspired by the diet of wolves.”

But, the lawsuit states, “a small bowl of Defendant’s Blue Wilderness Chicken recipe dog food contains more carbohydrate than a wild grey wolf is likely to consume in an entire lifetime.”

Walton, who lives roughly 70 miles north of New York City, is seeking to give the suit class-action status and has asked for unspecified damages for Blue Buffalo’s alleged deceptive practices and false advertising.