Bookmarks: No romance in this romantic wrangle

A romantic ruckus
The Romance Writers of America would have hoped that the row that blew up late last year might have calmed down a bit. But last week Damon Suede, the president of the RWA, and Carol Ritter, its executive director, resigned. The row began when Courtney Milan tweeted about Somewhere Lies the Moon, a 1999 book by Kathryn Lynn Davis, which she called a ‘‘f—ing racist mess’’. 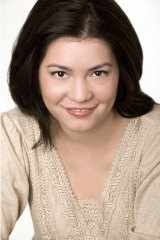 Milan is a Chinese American writer and pointed to descriptions of Asian characters and of Asian women as demure and compliant: ‘‘The notion of submissive Chinese woman is a racist stereotype which fuels higher rates of violence against Asian women.’’ And she commented: ‘‘I’ve said this before and I’ll say it again: Don’t write books about how much a culture not your own sucks. Just don’t. You’re not going to get it right and you’re going to sound like a f—ing racist.’’ The upshot was a complaint by Davis, the suspension of Milan for a year and a ban from leadership positions in the RWA for a year. The outcry was immediate. The RWA was forced to cancel its annual Rita awards, and several publishers withdrew from sponsoring the annual conference. Ironically, the RWA was founded in 1980 by a black woman, Vivian Stephens, but until last year no black writer had ever received an award from the RWA.

Nora is not happy
One of the biggest names in romance writing, Nora Roberts, has long had criticisms of the RWA and resigned in 2005 after 25 years as a member. She wrote an impassioned blog about the organisation a couple of weeks ago in which she said the row ‘‘brought to light a long-standing and systemic marginalisation of authors of colour, of LGBTQ authors, by the organisation’’. And she added: ‘‘Writer, the middle word in Romance Writers of America, is a word without gender, a word without colour or race, a word without sexual orientation, without creed.’’

She grew disenchanted when the RWA issued a definition of romance as involving one man and one woman. Her response: ‘‘I would not be a part of this kind of discrimination against the LGBTQ community. Jesus, it’s fine to have a character fall in love with a freaking vampire, but not someone of the same sex? Bullshit. Just bullshit.’’

Gaiman at MWF
The Melbourne Writers Festival has taken the first step to rejig its artistic leadership team with the appointment of Sonia Nair – writer, critic and former stakeholder communications manager at ME Bank – as program manager. Nair has previously done some guest curating for the festival. After the departure of artistic director Marieke Hardy, former program manager Gene Smith became associate director of MWF and is now driving the programming for this year’s festival. The board is apparently still nutting out exactly how it will deal with life after Hardy, but is expected to launch a search for a replacement in the next couple of months.

Meanwhile, Smith is pretty chuffed that MWF is staging an event with Neil Gaiman next month. The British novelist and screenwriter will be discussing his work at the Capitol Theatre on February 25. Bookings: mwf.com.au

Indie shortlists
Independent booksellers revealed the 24 books on the shortlists for their annual Indie Awards this week. There are six categories, including fiction, non-fiction, first fiction, illustrated non-fiction, children’s and young adult. The fiction list consists of: There Was Still Love, Favel Parrett; Bruny, Heather Rose; The Wife and the Widow, Christian White, and The Weekend, Charlotte Wood. Non-fiction: Your Own Kind of Girl, Clare Bowditch; 488 Rules of Life, Kitty Flanagan; Tell Me Why, Archie Roach, and Sand Talk, Tyson Yunkaporta. Winners and the overall book of the year will be announced on March 23. 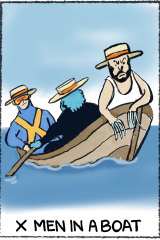 Fullers hits ton
If you’re in Hobart, you should pop into Fullers Bookshop. It’s surely the oldest in Australia and is next month celebrating its centenary. It was established by Bill Fuller, who ran it until 1960 when he sold it to Cedric Pearce. In 1980 Ian Drinkwater took control for a couple of years, but Clive Tilsley bought the shop in 1982 and has run it since. ‘‘I don’t think there are too many little businesses, let alone bookshops, that would be 100,’’ he said. Tilsley says Fullers’ Christmas season was up on the previous year and the shop ran 90 events last year. Fullers has moved around a bit and returning to Collins Street in Hobart’s CBD in 1992, from round the corner in Murray Street, made a huge difference: revenue jumped from $900,000 to $1.6 million in a year. All the events this year will be part of the shop’s 100th-anniversary celebrations. Fullers also publishes a few titles each year, with books ranging from histories to crime fiction.

Life and art
When Will Hodgman resigned as Tasmanian premier this week it might have rung a few bells for readers of Australian fiction. Hodgman’s father was a state Liberal leader and his grandfather, great-great uncle and uncle were all Tasmanian MPs – quite a dynasty. In Heather Rose’s most recent book, Bruny, a gripping political novel, there is a family at the heart of Tasmanian politics and – no spoilers – but there the similarities end.