Bride reveals how she got wedding dress caked in ‘wine, pie, and fake tan’ looking brand new – for just a couple of quid

MANY women drop a huge chunk of cash on the perfect dress for their big day – only for it to be ruined by mud, make-up or food consumed throughout the day.

But one woman has shown how she managed to get her extremely dirty wedding dress new again using just a couple of budget cleaning products – and it looks amazing. 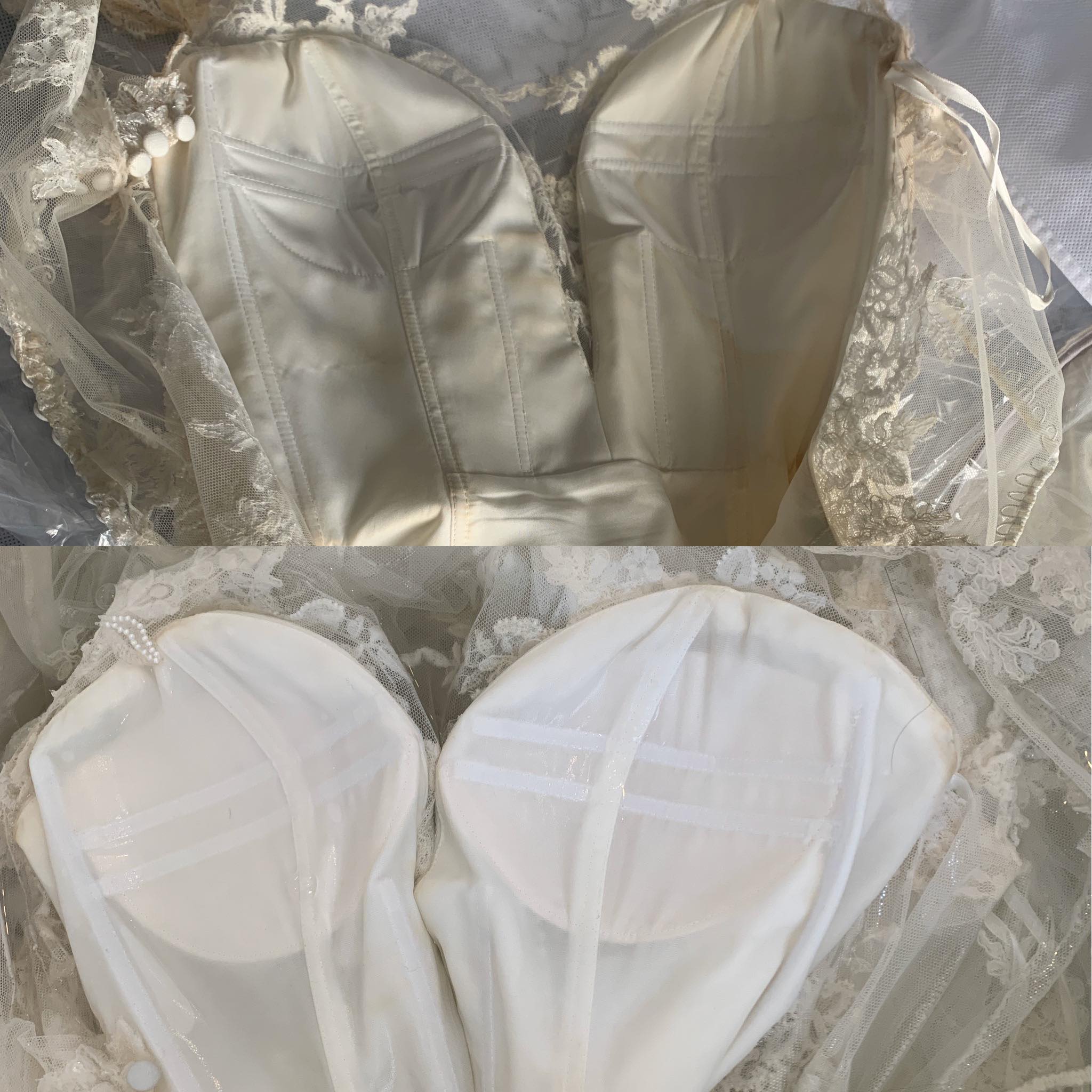 Jessica Maxine Clough got married in August last year but has since had her beautiful, albeit extremely dirty, wedding dress cooped up in storage ever since.

Whether is was boredom in lockdown or something else, she decided to give it a clean using products she had at home, rather than getting it professionally done.

Alongside snaps of the dress before and after the clean, Jessica shared her tried and tested method on Facebook revealing that she'd used Vanish and a bit of Elbow Grease on the stubborn stains, before leaving it in a cold bath for an hour with some Oxi stain remover.

She then drained the bath and refilled it once more following the same process, and admitted that it "worked wonders." 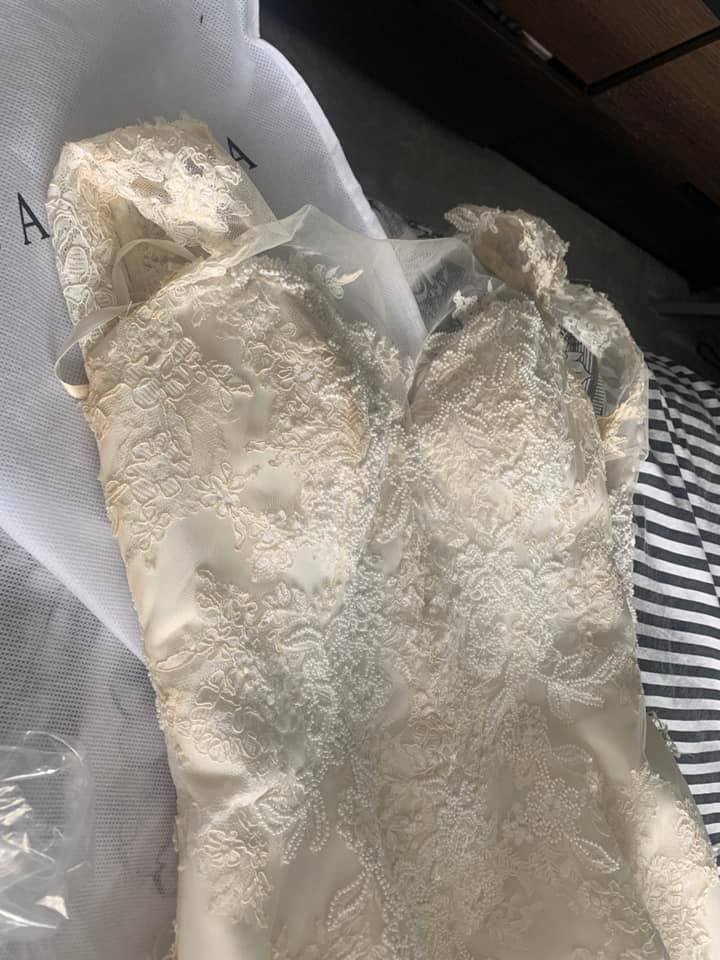 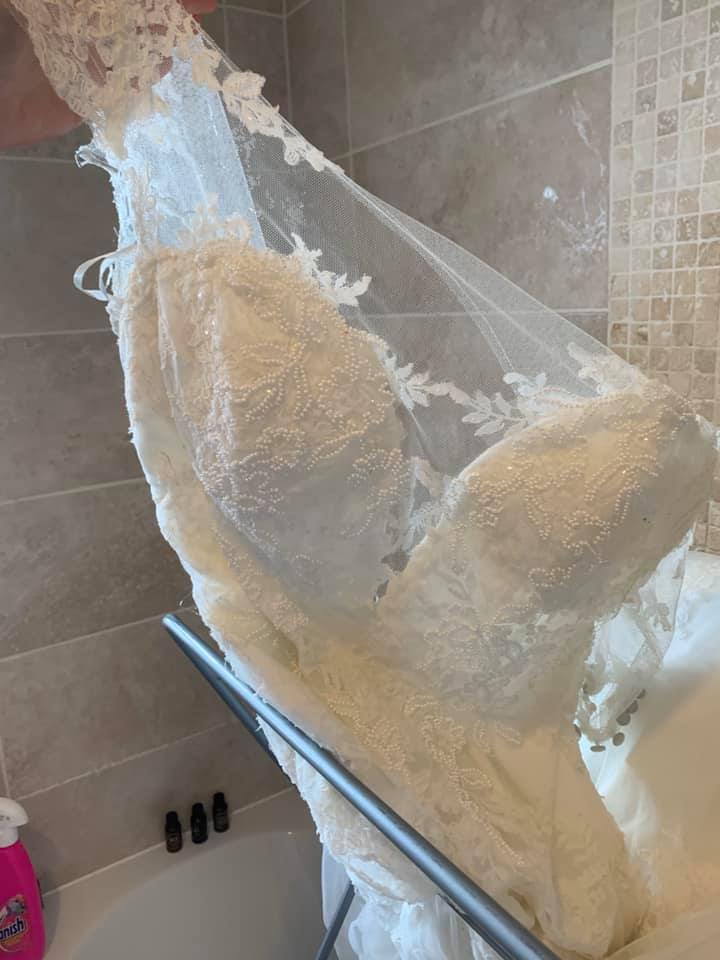 In the post shared in the Mrs Hinch Cleaning Tips Facebook group, Jessica said that her dress was "covered in wine, pie, fake tan, and Henderson’s relish" and that it's "all gone now ".

And the results are extremely noticeable as her once brown-tinted wedding gown is now a new shade of crisp white – just like it was before.

The photos even revealed the bath water in which the dress had been soaking in to be extremely brown and dirty, revealing just how much dirt had been trapped inside the dress.

After trialling the method, Jessica said she'd filled the bath once more, but with warm water, "and just swished it around to get the products off". 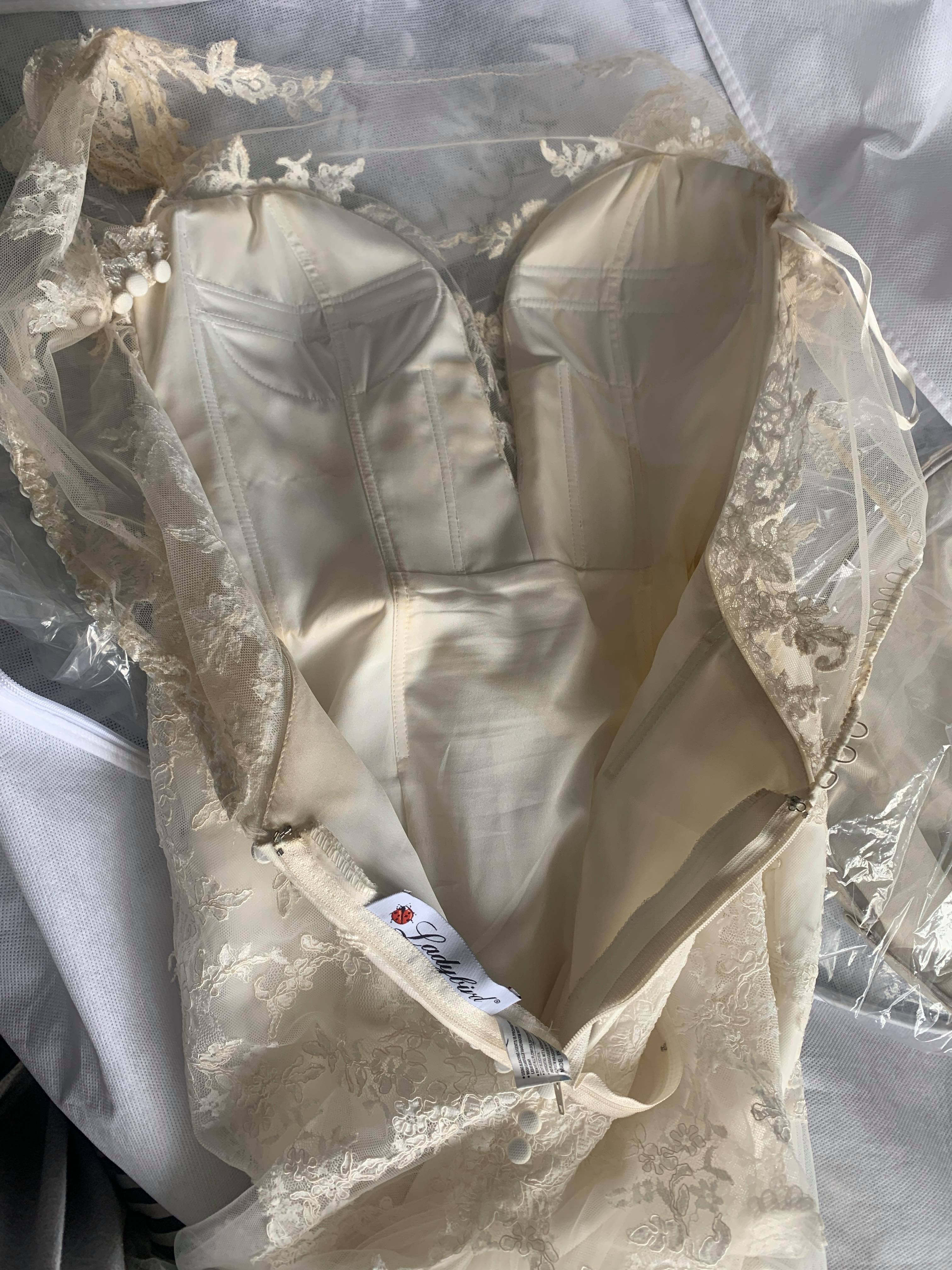 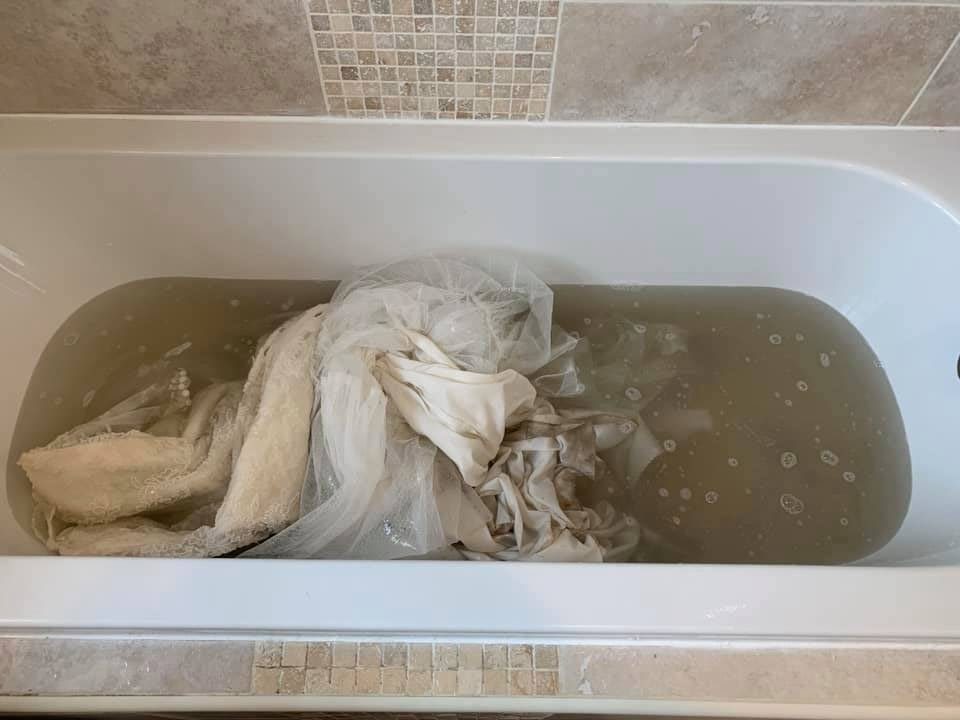 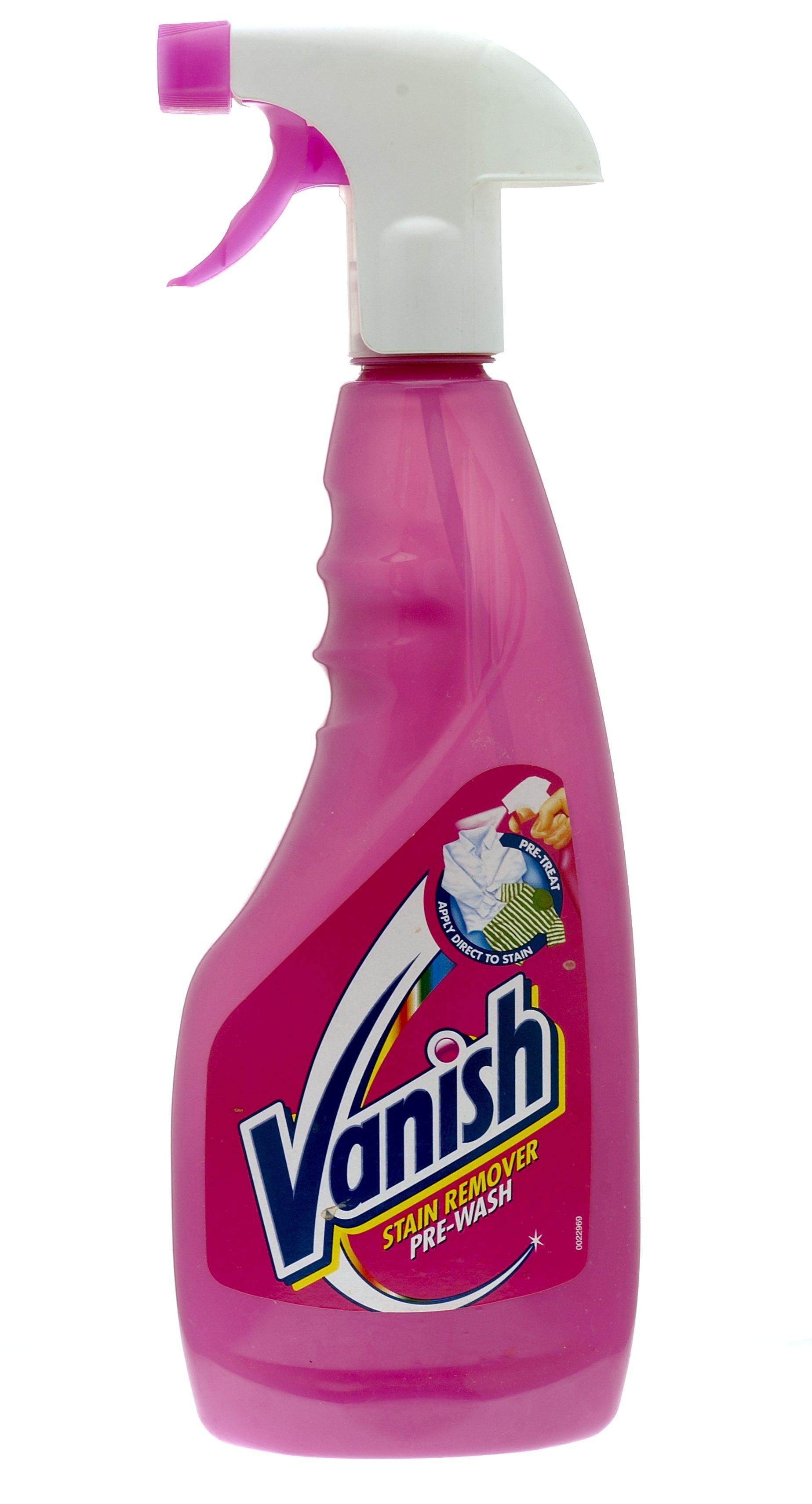 Speaking to Fabulous, she said: "I love my dress and tried it on during lockdown and it was filthy. I couldn’t afford to get it cleaned professionally, so thought I would have a go myself. It couldn’t get any worse and turned out so much better than I thought"

Despite not being able to remove some of the stubborn mud at the bottom of the dress, the cleaning guru said she will hang it above the bath once more and soak the remaining stains in the same products again.

But admitted: "It actually looks a lot better now it’s been dried, the marking on the bottom wouldn’t be visible if it was on. 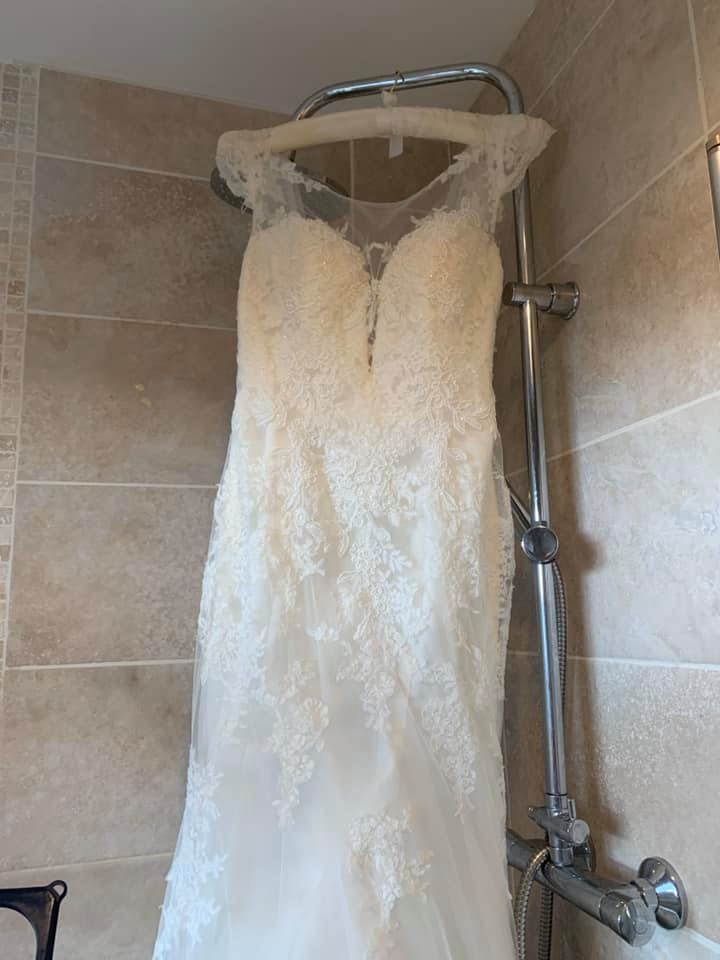 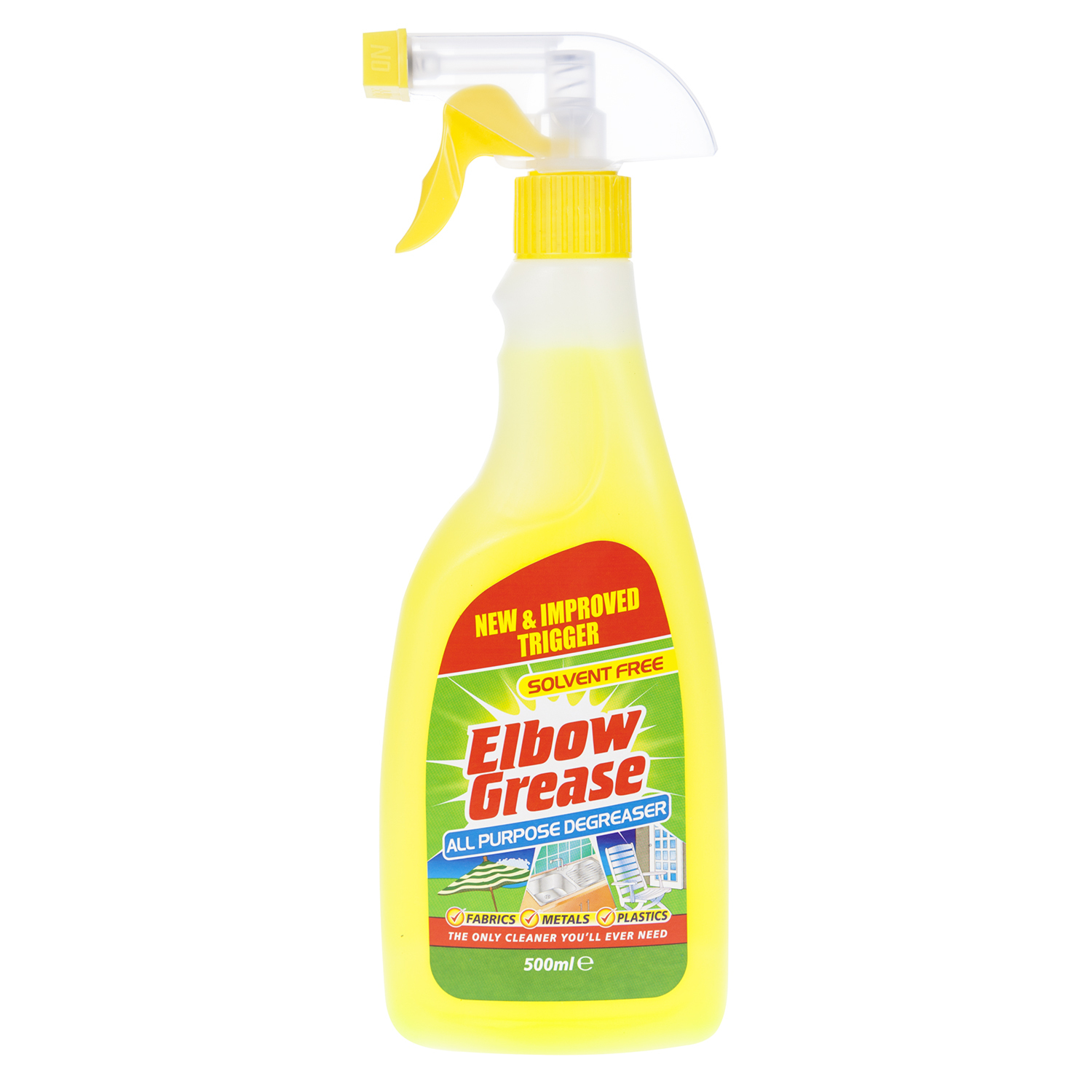 Other group members were amazed by the incredible results, with some even inspired to clean their own wedding dresses.

One person said: "It’s a beautiful dress! I love it! I can’t believe the difference!!!! Wow!"

While another wrote: "Ooooohhhhhh I need to do this to mine and then sell it! "

"Looks fantastic! I should really do mine.. got married 2017," a third added.

In other cleaning news, a woman shows how to transform grubby trainers so they look brand new using £1 products.

Plus, a Hinch fan shows how she gets her windows sparkling using fabric softener and washing up liquid.

Meanwhile we revealed the cheap DIY hacks which add thousands to your home – and why ditching wallpaper and picking the right paint is key.