Haters gonna hate, but Brielle Biermann is making it pretty damn clear that she doesn’t care what anyone has to say about her appearance.

The Don’t Be Tardy star, who is Real Housewives of Atlanta alum Kim Zolciak’s daughter, took to Instagram Stories on Tuesday, August 10, to give a very clear message to people who find the need to comment on her looks.

“ALL my friends (except dani) have fake nails, fake hair fake etc. who cares? It’s our lives it doesn’t effect y’all AT ALL,” she captioned a picture of a critic sliding into her DMs. “But kindly…go f—k yourselves (haters) bc I haven’t even touched my face besides a lil Botox for TMJ & lip fillers … WHICH ARE ALL GONE NOW!” 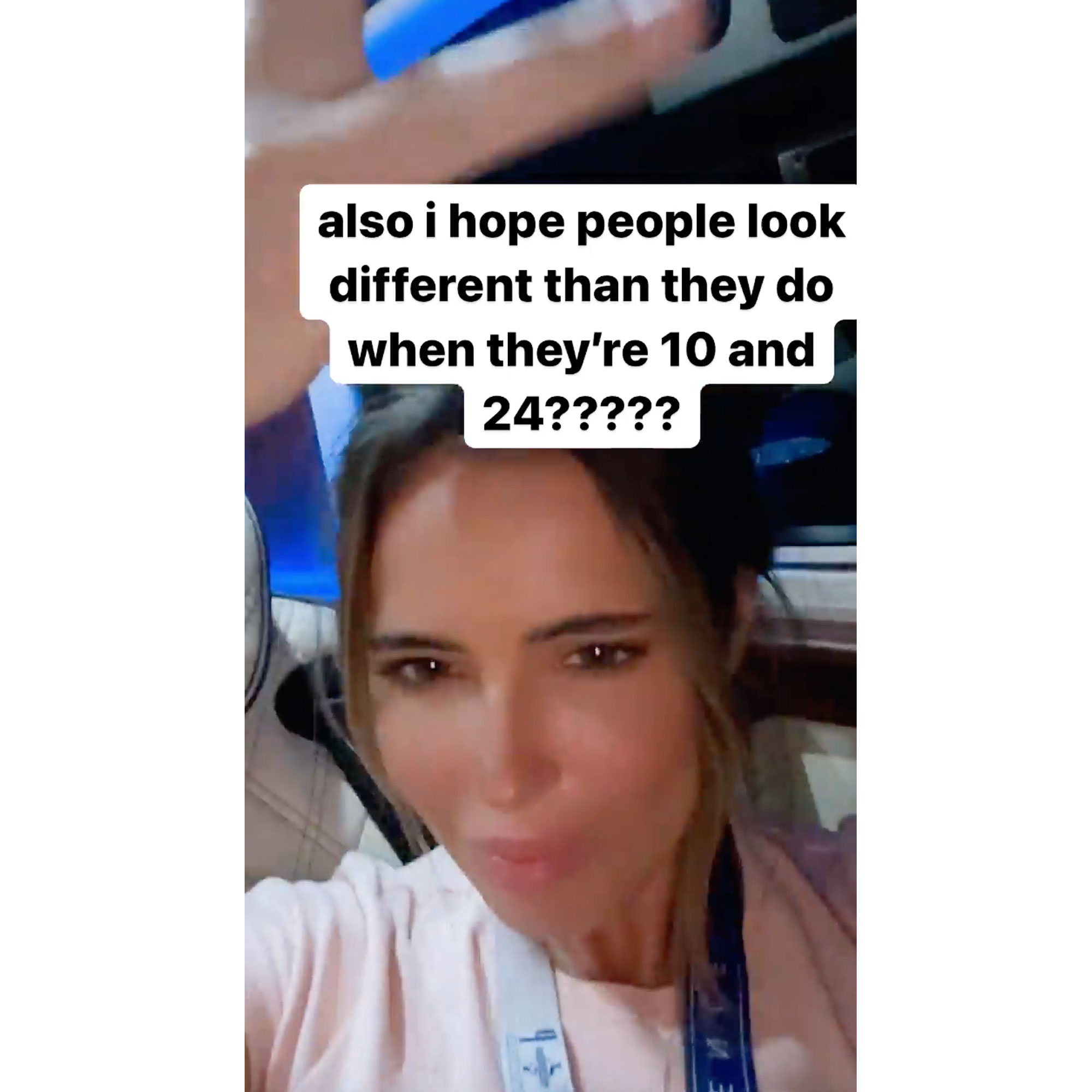 She went to ask when the “stigma of putting people down for better themselves gonna end?” She added: “If you could … would you not?”

That said, the reality star’s DMs aren’t entirely negative, and the positive commentary doesn’t go unnoticed. “Thank you for the kind comments I’ve real all my dms love you guys!”

Real Housewives Plastic Surgery: Before and After

The following day, Biermann took the opportunity to drive her point home, calling out people criticizing Kylie Jenner’s changing appearance on her birthday.

“Literally why do people care?” the reality star captioned a screenshot of an article about “Kylie’s Evolution.” “She look the f—k good anyone hating is just jealous stop with the bullshit stigma behind having to be natural. congrats to the natural peeps but a lil lip filler didn’t hurt no one.”

In her next slide she wrote: “Also I hope people look different than they do when they’re 10 and 24????”

This isn’t the first time Biermann has called out plastic surgery haters. Back in 2019 when the #10YearChallenge was trending on Instagram she took the chance to reflect on her lip filler journey.

Full Transparency! Marc Jacobs Opens Up About His Facelift

“To those who say I look better before lips … you’re a liar and this photo is PROOOOOF,” she wrote alongside a series of throwback photos.

She then posted a message from a fan who applauded her for sticking up for herself. “Hey Brielle, I just wanted to say I think you’re the most realistic and down to earth public figure. You actually say what is and doesn’t give two F’s about peoples opinions of you! I love it! It’s a breath of fresh air to see someone stand up for their actions/looks and actually believe it!”

Fast forward to January 2020 and the Don’t Be Tardy star decided to dissolve her lip filler. “2020 new year new me!” she captioned a picture of her swollen lips.