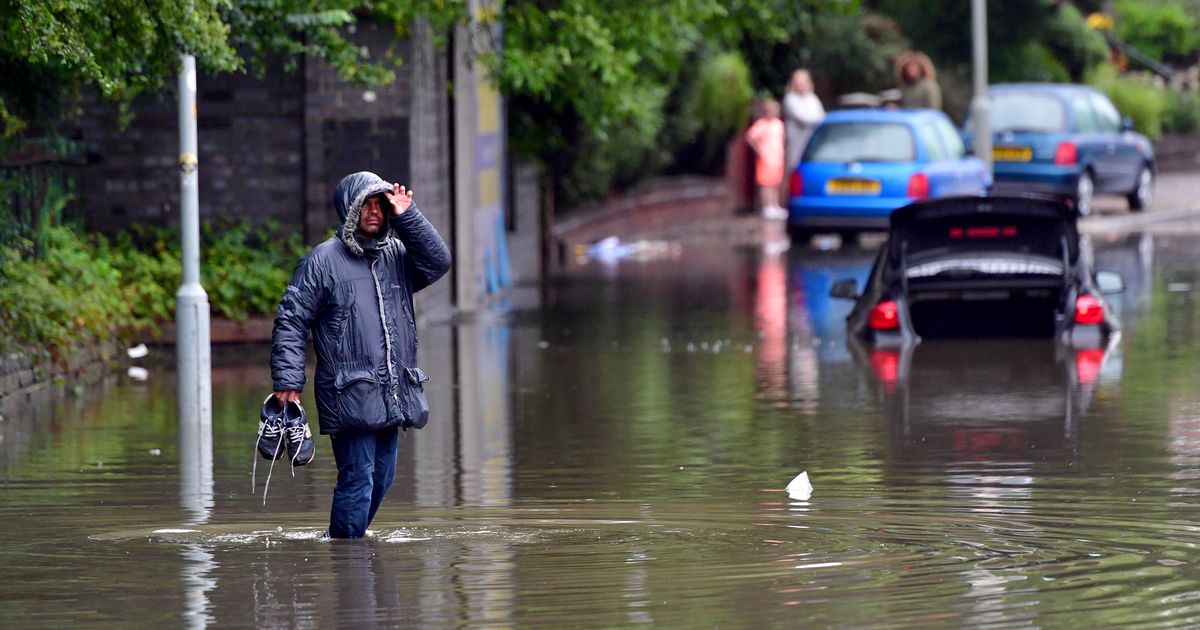 Britain will suffer an early autumn according to forecasters, as four storms bringing torrential rain and heavy floods.

Up to two inches of rain are expected to hit several parts of Britain early next week as an Atlantic storm arrives with gales of up to 50mph.

The North and West will bear the brunt, but other parts of England will also see moderate showers from today until Wednesday.

The Met Office have issued a yellow weather warning for thunderstorms this Sunday across in northern parts of England and Scotland, with risk of flooding and lightning strikes.

Meanwhile, a second storm is expected to sweep across the UK this Friday until Sunday, bringing in more torrential rain and heavy winds.

A third and fourth "low pressure" systems will arrive in the following weeks bringing in gusts of up to 50mph.

Following the stormy weather , another summer heatwave will strike by mid-August as temperatures are expected to soar up to 31 degrees, with a 60 percent chance of record heat.

“The first low pressure brings heavy showers until Wednesday, heaviest in the North and West but with gusty winds in the South, and the next low pressure from Friday brings showers for the weekend. END_OF_DOCUMENT_TOKEN_TO_BE_REPLACED

DEAR DEIDRE: I AM having sex with two guys and can’t choose between them. One guy is amazing and I am totally in love with him — but he’s married. The other is single and I do care about him . . . but I’m obsessed with my married lover. Get in touch with Deidre today My team and I are working safely from […]

END_OF_DOCUMENT_TOKEN_TO_BE_REPLACED
We and our partners use cookies on this site to improve our service, perform analytics, personalize advertising, measure advertising performance, and remember website preferences.Ok