Reading and numeracy results for school students have deteriorated since the then-Coalition government signed a $319 billion national school funding deal with the states and territories four years ago, prompting the Productivity Commission to call for a focus on teaching quality and disadvantaged children.

In a report released on Friday, the Commonwealth body charged with investigating economic and social policies found the federal-state school framework had weak targets for academic achievement, a dearth of targeted policies to help children from underprivileged families and a lack of transparent reporting on key performance metrics. 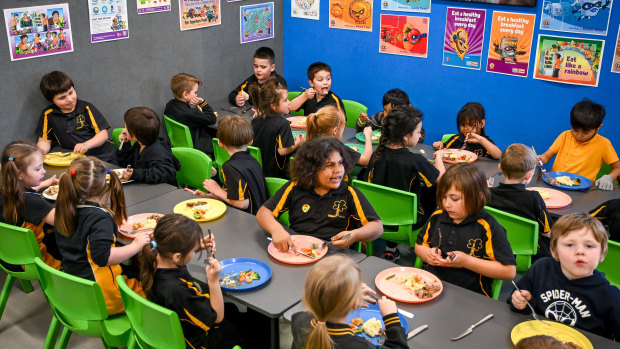 “Governments have boosted funding for schools and are implementing reforms to lift student outcomes. However, so far, this effort has had little impact on literacy and numeracy results,” commissioner Natalie Siegel-Brown said.

“In the next agreement, the commission recommends governments commit to firm targets to lift students’ results – targets do not guarantee success, but they create a clear direction for reform and make governments accountable.”

Australia’s teachers were working more hours than ever – 45 hours per week – but the commission found that much of this time, more than five hours a week, was spent on paperwork and other administrative tasks and less time was spent on teaching than in comparable nations.

“Effective teaching is the single most influential ‘in-school’ factor for creating an effective learning environment. Compared to many countries, our teachers work longer hours but have less time for activities that make a real difference in the classroom,” Siegel-Brown said.

The Albanese government last year announced a $25 million plan to reduce the workload of teachers, but the report said this was a short-term solution that did “not provide a systematic way to identify and reduce burdens on teacher workload”.

Education Minister Jason Clare said the commission painted a damning picture of the previous Coalition government’s education reforms, which were designed to boost students’ learning and, in turn, the future prosperity of them and the nation.

Labor was criticised by the education union and other schooling bodies when, in December, it extended the existing funding agreement by a year, effectively locking in underfunding of public schools and overfunding of some private ones.

Clare said that the commission’s recommendations laid the groundwork for the shape of the next federal-state funding agreement. 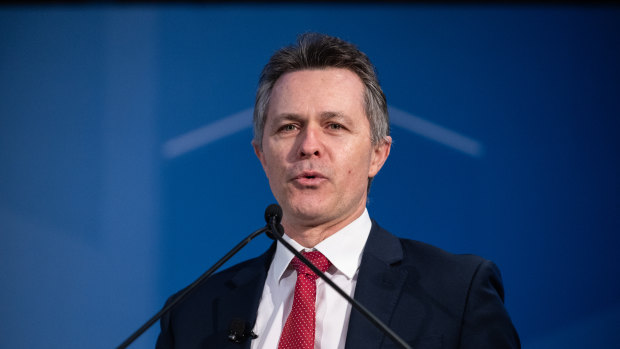 “The Albanese Government is committed to working with state and territory governments to get all schools to 100 per cent of their fair funding level,” he said in a written statement, adding that an expert panel and terms of reference for a review into education funding would soon be released.

“In future, funding needs to be tied to reforms that will make a real, practical difference.”

The pandemic exacerbated a trend of declining wellbeing in Australian schools, the report found, citing studies in which most students and carers reported negative impacts on children’s mental health.

But while state and territory education departments spent a collective $461 million on mental health and suicide prevention in 2019-2020, the report said a “sizeable proportion” of Australia’s students still had poor wellbeing and were showing up for class less often than students did in 2015. The nature and extent of student wellbeing is not properly measured, the commission said.

Inequality in education standards has been a major national concern. By year 9, the gap between high-achieving students and underprivileged children such as those whose parents have low educational attainment can be equal to five years of learning.

The commission said a target should be developed to reduce the proportion of students that do not meet basic levels of literacy and numeracy, noting these students often have poorer lives.

Literacy and numeracy standards lagged nationwide, the report said, citing NAPLAN data from 2021, that showed between 5 per cent and 9 per cent of Australian students did not meet NAPLAN minimum standards in reading and numeracy.

A recent review suggested these standards were set too low and underestimated how many students did not have basic reading and maths skills.

The report said the next funding agreement needed to focus on student wellbeing and specifically consider the needs of students in foster care, children with parents who speak languages other than English, those in youth detention and refugees.

The Coalition said it would wait for the report, which was provided to this masthead under embargo, to be released before it commented.