Can YOU pass this science SATs exam? Test your knowledge now

Can YOU pass this science SATs exam for a 14-year-old? Test your knowledge of mammals, electrical circuits and human biology with these seven new head-scratchers set for UK teenagers

As more young people are choosing the study STEM subjects than ever before, MailOnline is asking readers to challenge themselves with a series of science questions from a recent SATs exam for Year Nine pupils.

Over the last decade, the UK has seen ‘unprecedented growth’ in students choosing to study STEM topics such as Computer Science, Engineering, Chemistry, Physics and Biology.

MailOnline challenges readers to see how their knowledge of mammals, electrical circuits and human biology stacks up against the average teenager… So, can you solve these Year Nine science exam questions?

Prime Minister Rishi Sunak has promised a ‘better future’ for Britain’s education system, with a heavy focus on mathematics.

The Conservative vowed to make the subject compulsory for all children until they turn 18 during one of his first Downing Street addresses this year.

Mr Sunak promoted educational reform that he said would restore ‘optimism, hope and pride in Britain.’

He also promised to equip children for the ‘jobs of the future’ by ensuring they had good maths skills when they leave school.

While the Prime Minister is prioritising beating high rates of innumeracy in the UK, recent data shows that many pupils are generally interested in STEM – science, technology, engineering, and mathematics – topics.

The number of UK students studying STEM subjects at university has increased over the last decade, UCAS data revealed.

Students pursuing engineering degrees and subjects allied to medicine rose by 9 and 11 per cents respectively in 2021.

Data from last year shows interest in computer science is still on the rise as enrolment in the subject rose by 11 per cent from 2021 to 2022.

Analysis by BCS, The Chartered Institute for IT, determined computer science is the second fastest-growing degree subject in the UK. 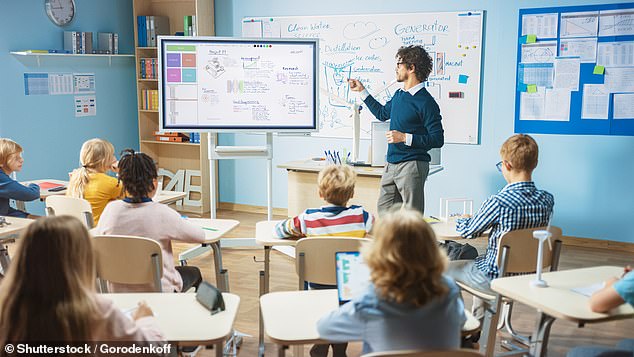 Can YOU pass this Maths SATs test for 14-year-olds? Click here to challenge yourself on number puzzles set for Year Nine pupils 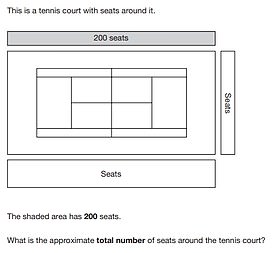 The growth in the STEM sector comes as parents are worried about educational disruptions as teachers prepare to strike over pay.

The Department for Education (DfE) has offered a five per cent pay rise to most teachers for the current school year, but the the National Education Union (NEU) is demanding a fully-funded above inflation pay rise for teachers.

The NEU, the country’s largest teaching union, announced on Monday they will be launching strike action after balloting its 300,000 members.

The first day of strikes will be on February 1, with more than 23,000 schools in England and Wales are expected to be affected.

Further industrial action will take place on February 14, March 15 and March 16. Teachers in a number of regions will also walkout on February 28 and March 1 and 2.

The DfE told school leaders on Tuesday they should strive to stay open and prioritise vulnerable pupils and the children of key workers by using volunteers if necessary.

But head teachers have accused the Government of being naïve, with many refusing to consider the instructions because they are sympathetic to striking teachers’ pay demands.

Education Secretary Gillian Keegan has already admitted that there are no guarantees that in-person learning will go ahead during the strike days.

With fresh disruption on the horizon parents, experts and charities have raised fears that pupils’ education could slip further behind since the pandemic.

Dame Rachel de Souza, the Children’s Commissioner for England, said children ‘cannot afford’ to have yet more class time distributed, just as they were getting back into school following Covid closures.

Natalie Perera, chief executive of the Education Policy Institute, said that both sides must ‘prioritise avoiding any further disruption to young people’.

WHAT ARE THE ANSWERS?