Never say never! Although it has been a while since Cassie Randolph made an appearance on reality television, the Bachelor alum exclusively told Us Weekly that “nothing is off the table” if it includes her boyfriend, Brighton Reinhardt.

Cassie Randolph and Boyfriend Brighton Reinhardt: A Timeline of Their Relationship

“We’ve thought about random little things here and there,” Randolph, 26, shared while promoting her collaboration with Lilias Active. “I think both of us have the personalities where any kind of opportunity or thing that comes our way, we are both, like, yes people always. 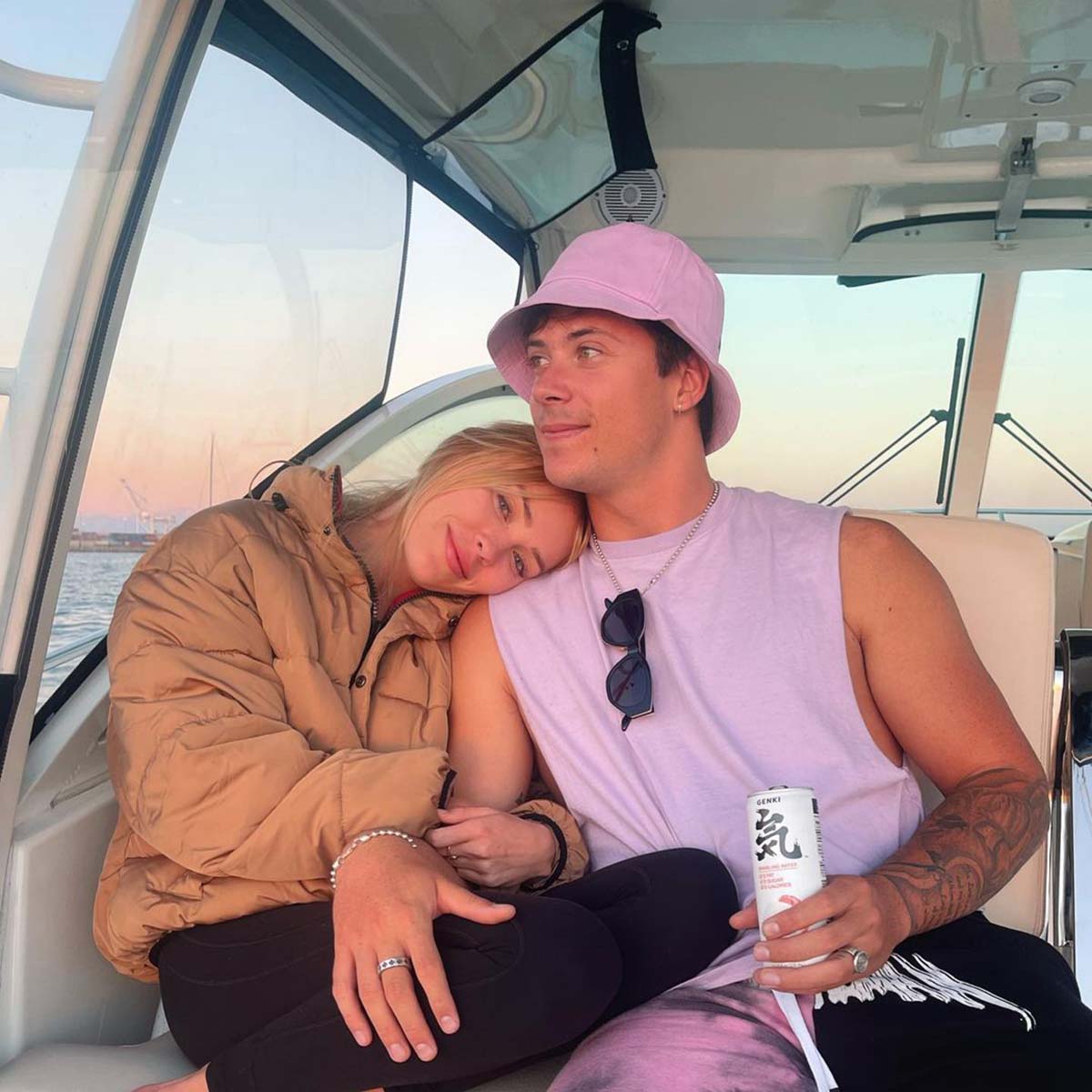 The reality star, who made her relationship with Reinhardt, 24, Instagram official in July, opened up about how the couple have enjoyed getting to spend time together.

“We’re doing great. We were friends for a really long time before we started dating so I kind of feel like that helped us out just in so many different ways,” she noted to Us. “So we just have a lot of fun together. He’s like my best friend.”

Randolph explained how having so much in common allows them to go on so many different adventures together.

“We like to do a lot of different things. We were actually just talking the other day how I’ve been so consumed with work and my house. I’m doing a lot of renovations on my house right now. So it’s very consuming. I’m like, ‘Oh, my gosh, I need to get out.’ [So] we just went on a trip to Mexico together,” she detailed. “We were talking about how we used to love going on hikes and kind of exploring around the area together. I’m like, ‘Let’s start doing that more often.’ So just kind of exploring, adventuring together and hanging out with friends … it’s really fun.”

The California native also gushed about the perks of dating a musician, noting, “Sometimes I’ll be upstairs and he’ll be downstairs and I’ll hear him start to sing, like, a random song out of nowhere that he’s thinking of.”

She continued: “I’m like, ‘Is that about me?’ and he’s like, ‘Of course.’ So it’s really fun. It’s cute and it’s sweet to see how creatives and musicians — how their mind works and how they piece things together.”

Randolph and Reinhardt originally sparked romance rumors in August 2020, following her split from season 23 Bachelor Colton Underwood. After Underwood, 29, and Randolph called it quits in May 2020, the speech pathologist was granted a restraining order against the former athlete four months later. Randolph claimed Underwood was stalking and harassing her, but the case was dropped in November 2020.

Us confirmed in May that Randolph had moved on with Reinhardt after their relationship “progressed naturally” from friendship to something more.

“He’s been a good friend of hers for over five years,” an insider told Us at the time. “He obviously knows what she went through with Colton and just supported her along the way.”

After Underwood came out as gay in April, he acknowledged during an interview with Today that he “got into a place with my personal life that was dark and bad,” hinting at the aftermath of his breakup with Randolph.

The Bachelor contestant, for her part, made it clear that she wasn’t looking to discuss the past.

“Regarding the topic in the media that brought my name up this week, I just want to let you know that I’m not going to be further discussing it or commenting on it for now,” she said in a video uploaded to her YouTube channel in April. “There’s a lot of layers to it, and I just feel like the best thing for me at this time is to move forward and just focus on going forward.”

Randolph has since focused on projects such as her collaboration with Lilias Active, with the collection offering versatile options for every consumer.

“I like that when I wear them, I feel like they’re not only workout clothes or lounge clothes, but you could make them into a full outfit,” Randolph told Us.

With reporting by Marisa Petrarca