Cat owners call for Purina to remove Felix As Good As It Looks food from shelves after pets experienced ‘vomiting, kidney issues and lethargy’ when the recipe changed

British cat owners are calling for Purina to remove its brand of cat food, Felix As Good As It Looks, from shelves, claiming its new recipe has caused their pets to feel unwell.

Facebook group Cats Recently Affected By Felix Food, has more than 28,000 members from across the UK who claim their cats began vomiting, experiencing kidney problems, and feeling lethargic, after consuming the popular cat food.

The recipe was changed in March 2021 and shortly afterwards pet owners began reporting a change in their cats’ behaviour and health.

Last year the group launched a Change.org petition calling for the product to be recalled which received more than 11,000 signatures.

Purina said it has carried out extensive safety checks and has not found any link between the product and illness. 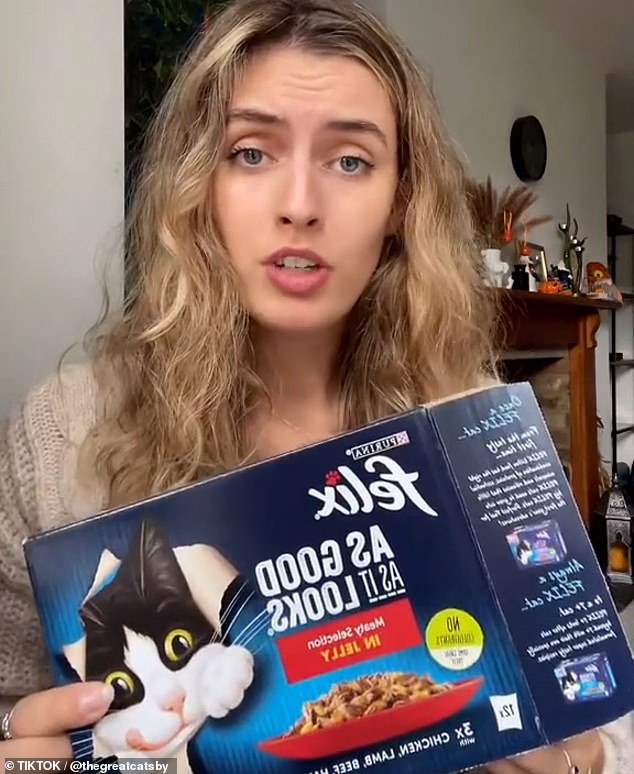 British cat owners are calling for Purina to remove its brand of cat food, Felix As Good As It Looks, claiming its new recipe has caused their pets to feel unwell. London-based TikTok user Thea Butler, pictured, claimed her cat, Catsby, had been affected by the food 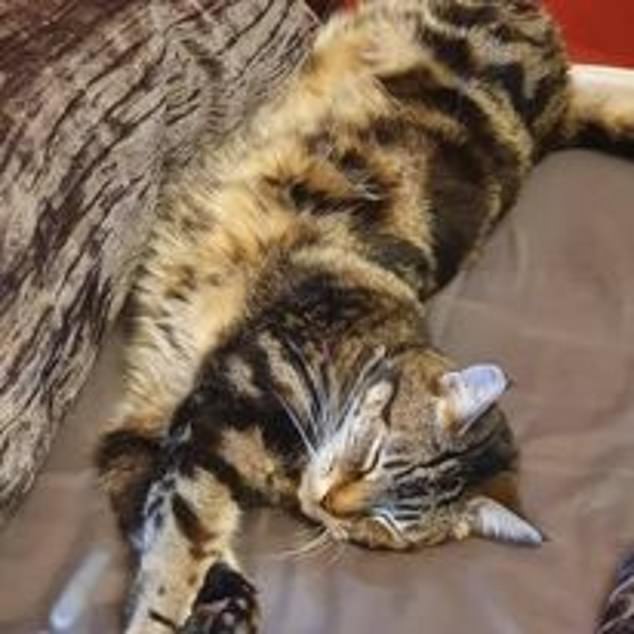 Among the owners who claims to have been affected is London-based optometrist Julie Ashley, who has five cats, aged 18 months to 14 years.

She said she has fed her pets Felix ‘all their lives’ but noticed all five started behaving differently in March last year, around the time when the recipe changed.

Julie, who is also a volunteer for a cat shelter fosters kittens, said her eldest cat was affected the most, describing symptoms such has ‘projectile diarrhea’ which was ‘awful.’

She said: ‘The smell from the cats’ diamond wind was indescribable, absolutely fowl.’

Julie took her eldest cat to the vet first, who ran bloods and used steroids, but nothing presented itself and symptoms didn’t improve.

The vet suggested Julie change their food. It was then the owner discovered the Facebook group. 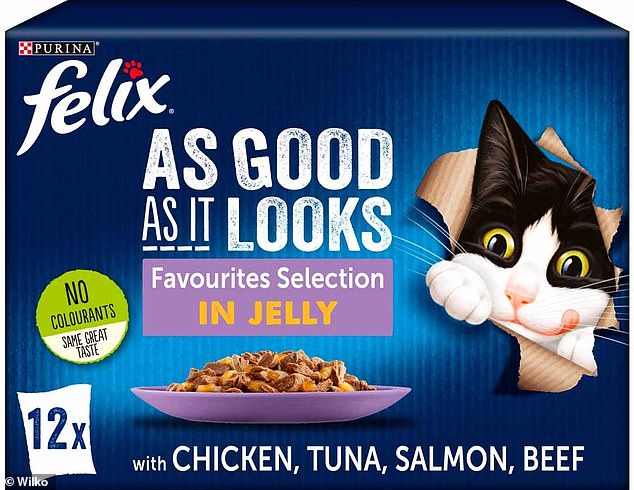 She said that she ‘couldn’t believe’ that all these people’s pets were having the same symptoms; ‘there were only a few thousand members then.’

Within 10 days of changing the food, all of her cats had ‘fully recovered’ except her eldest, who had been the most affected, it took him a couple more weeks to get back to normal.

Julie said that she was ‘disgusted’ that the food she had ‘trusted’ could have caused this. She started acting as an administrator for the group, created a petition, and contacted Purina, Zooplus, Trading Standards, her MP and various shops.

Julie went to Purina head office to speak with a manager and asked for the full lab report for the food samples she sent to be tested, but said the company ‘refused’, claiming that she wouldn’t understand as it was ‘too technical.’

She went on to explain that the group were going to get independent testing and needed to know what had been tested for but they still refused.

Purina was ‘adamant’ they had no problems and so the meeting ‘ended on a stalemate.’ 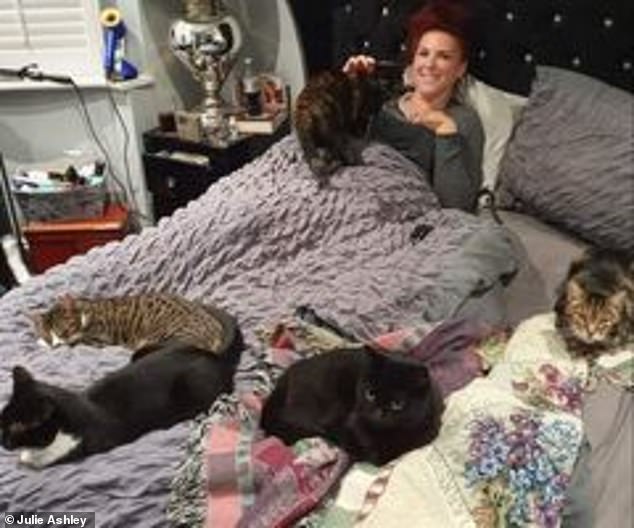 Among the owners who claims to have been affected is London-based optometrist Julie Ashley, pictured, who has five cats, aged 18 months to 14 years

Julie said: ‘I was lucky I saved my babies in time but others haven’t been.’

London-based actress Thea Butler took to TikTok to share her cat’s experience, saying that when he started to feel unwell she initially thought it was due to an ‘insect bite’ or a ‘sting’ because he kept scratching his back to the point where he pulled out his hair and caused himself to bleed.

Her cat, Catsby, was also experiencing nausea, lethargy and loss of appetite.

In a TikTok video she said the ‘Purina, Nestle company hasn’t been recalling their products,’ but she does think that this is a ’cause for concern’ due to the amount of people sharing similar stories.

Thea urged pet owners who feed their cats this food with the new recipe sticker to check that their cats are eating properly, or if they notice anything different about them, and if they are then she asks owners to ‘please think about changing their food.’

Catsby’s TikTok followers were horrified at the revelation and were quick to share their own stories.

TikTok users shard their experiences, with many reporting adverse reactions to the food

One commented: ‘Wow my cat started suddenly vomiting 2 weeks ago from eating felix. she never did anything like that before.. changing food worked for her!’

Another added: ‘My cat’s been so sick and has lost fur, it’s not parasites or anything and we couldn’t find any other possible causes, but SHE EATS THIS FOOD omg’

A third said: ‘commenting to Boost!!! After the big scandal with cat food already in ’20-’21 and cats DYING, there needs to be a recall and investigation!!!’

One admitted: ‘My cat was very sick on this food. He vomited every time he ate it, within 30 seconds. He completely went off his food. Had to change. 100% better.’

One shared: ‘I’m half way through a box of this and my cat has been throwing up.’

A spokesperson for Purina said: ‘The changes made to Felix cat food were in March 2021 and removed non-artificial colours, which only affected the appearance of the food.

‘The overall nutritional composition, quality and completeness of the food remained the same. Nothing was altered that would have caused cats to be unwell.

‘We took owners’ concerns very seriously when they were raised last summer.

‘We opened and reviewed over 650 returned pouches. We also reviewed our already incredibly stringent internal quality checks, had discussions with vets and reviewed vet notes whenever owners gave us permission to do so, and we arranged for independent external product analysis to be carried out at one of Europe’s top laboratories for pet food testing.

‘In every single case, we did not find any quality or food safety issues, and there was no link between Felix and the types of illness being reported on social media. We can say with confidence that Felix foods are completely safe for cats to eat.