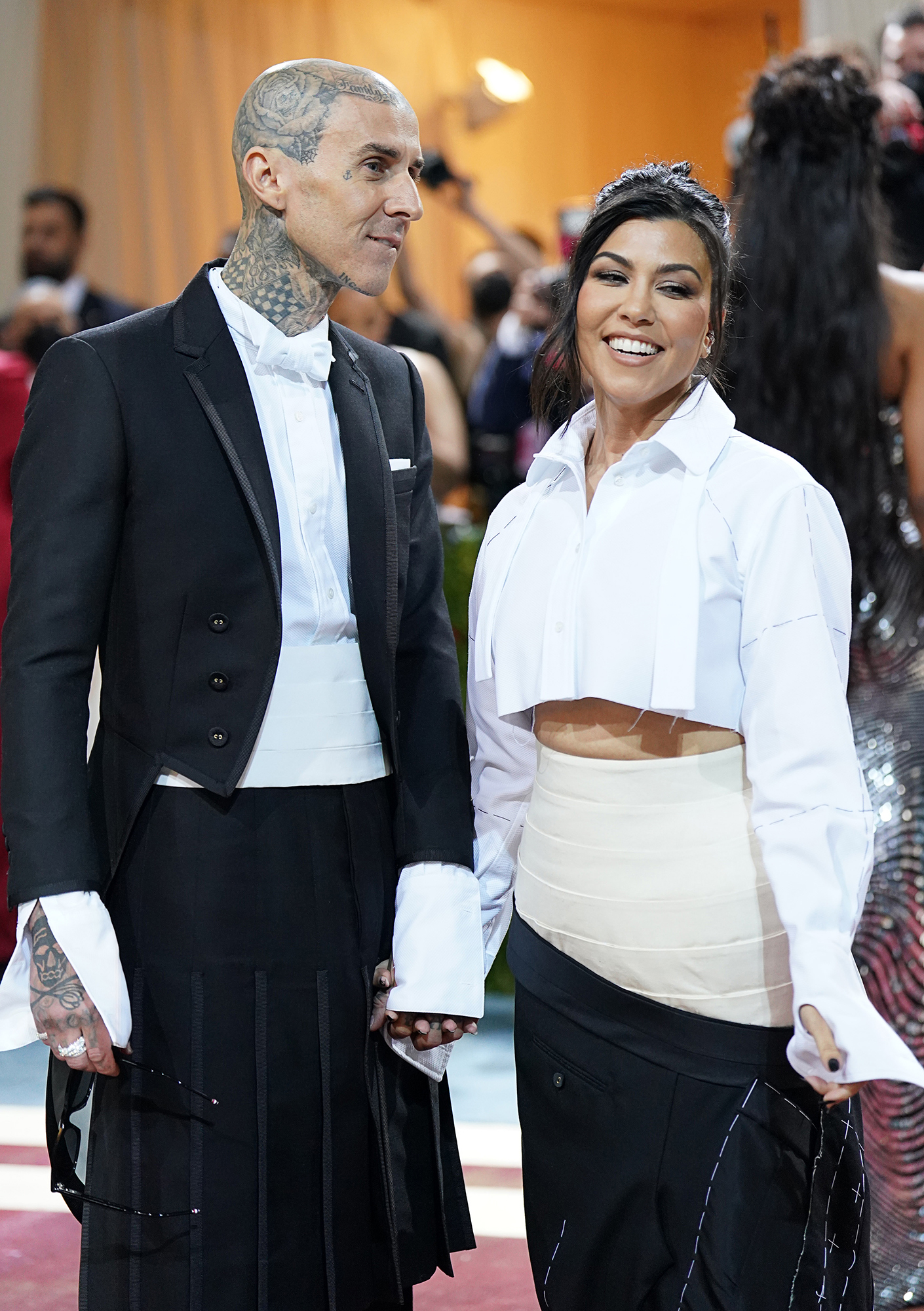 A great way to start the day! Kourtney Kardashian and fiancé Travis Barker had a peaceful morning in New York City together before getting ready for the 2022 Met Gala.

Kardashian, 43, said via her Poosh website that she and Barker, 46, didn’t want to put “too much focus or pressure” on the Monday, May 2 event.

“When Travis and I were invited this year, we decided we were going to just enjoy the process, have fun being together, and not stress about it — and that’s exactly what we did,” The Kardashians star said. She shared that she and the Blink-182 drummer “went out for matcha and sat in Central Park drinking them” before they began the Met Gala glam process.

The reality star and musician both wore Thom Browne to the event. Kardashian revealed that she and Barker were the first couple the designer had ever dressed together.

“He said that it was very important to him that we tell a story as a couple and go beyond just a surface-level Gilded Age tux and ball gown,” Kardashian wrote on the Poosh website.

The Meet the Barkers alum wore a kilt and matching suit jacket, while his wife-to-be wore what she described as “basically a deconstructed version of his outfit.” Even their nails were in sync. “Travis was getting an old English K on his thumb, so I thought because our looks told a story together, it would be perfect if I got an old English T on my thumb too,” the socialite said. 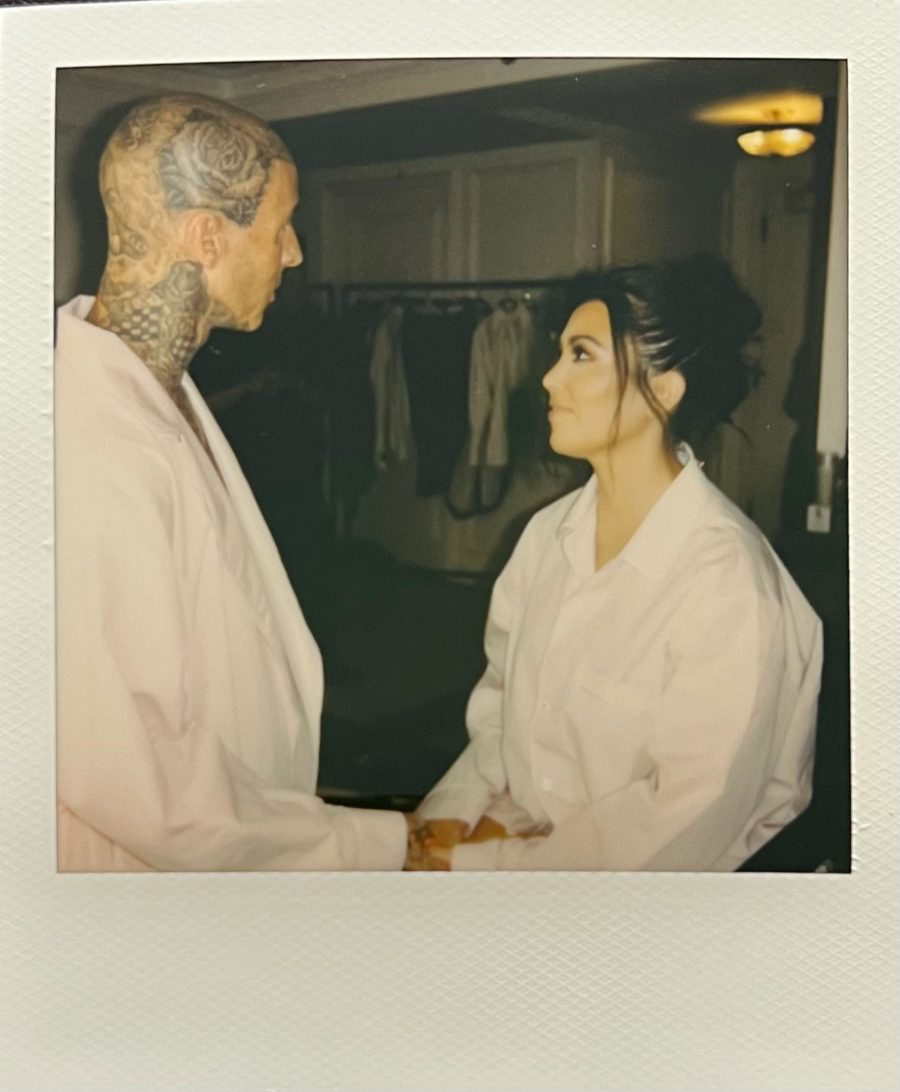 The couple didn’t shy away from the PDA on the red carpet — they were photographed getting hot and heavy, tongues and all.

“I used to get nervous to do red carpets, but when I go with Travis we have fun together and don’t take it too seriously,” the Poosh founder said in the May 3 post.

The lovebirds got engaged in October 2021 after a romantic oceanside proposal. They seemingly got married in Las Vegas on April 4, but the Keeping Up With the Kardashians alum later confirmed that they were just practicing and had not actually obtained a marriage license.

“Once upon a time in a land far, far away (Las Vegas) at 2am, after an epic night and a little tequila, a queen and her handsome king ventured out to the only open chapel with an Elvis and got married (with no license). Practice makes perfect,” she wrote on Instagram.