Choose the coast, or go west? The suburbs that joined the million-dollar club

Hundreds more suburbs across Australia have joined the million-dollar club over the past year.

House prices across 450 suburbs hit or surpassed a $1 million median over the year to May, CoreLogic figures show, and a further 37 suburbs also hit a seven-figure unit median. 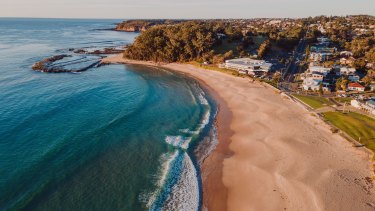 Mollymook Beach’s median house price climbed to almost $1.2 million over the year to May. Credit:Alamy

It comes after a record number of homes sold for a seven-figure sum over the year to March. In that time 23.8 per cent of homes traded for more than $1 million.

CoreLogic research analyst Kaytlin Ezzy said the sheer volume of newcomers to the $1 million club, particularly across regional areas — which made up more than a third of new entries — reflected the property market’s strong growth.

“The value growth we have seen over the past couple of years has been quite dramatic, but it’s important to remember we are now in the downward phase of the cycle,” she said, noting values across Sydney and Melbourne are declining, and growth is slowing in other markets.

The time spent in the million-dollar club could be short-lived for those suburbs that have recently joined. If property prices were to fall 10 per cent that would cut one-fifth, or 274 suburbs, off the million dollar list nationwide.

Nationally, 1240 house markets and 127 unit markets had a median of at least $1 million in May, equal to about 30 per cent of analysed suburbs. Only suburbs with a minimum of 20 sales in May 2021 and May 2022 were analysed, and some suburbs may have previously had a seven-figure median.

Almost 450 Sydney suburbs had a seven-figure median house price in May, as did 104 unit markets.

“Sydney’s million-dollar markets are fairly widespread, with more than half (51.9 per cent) of all Sydney sales over the 12 months to May transacting at or above $1 million,” Ezzy said. 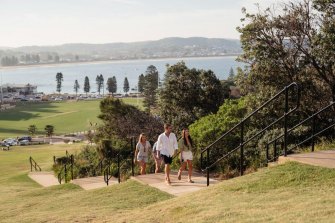 She noted new entrants to Sydney’s million-dollar club could be slightly more insulated during the market downturn, as more affordable areas are less volatile than the top end.

“Across Queensland, particularly the south-east coast, a lot of growth has driven by strong interstate migration, largely linked to its relative affordability compared to other capital cities … and the lifestyle factors it has to offer,” Ezzy said.

Interstate demand had fuelled strong growth in Maroochydore, said selling agent Damien Said, principal of Century 21 On Duporth. While it had passed the peak levels seen earlier in the pandemic, he was still fielding strong interest from both retirees and younger professionals relocating from Victoria, Sydney and northern NSW.

At the median house price of $1,051,420, up about 23 per cent over the year, buyers could pick up a home on 700 square metres of land two or three streets back from the water, but it would be in original condition, he said. 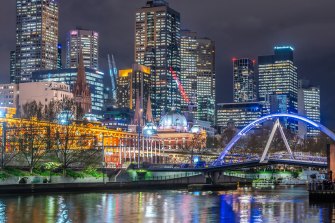 In Melbourne, 212 suburbs have a house price of at least $1 million, plus 11 for units.Credit:Alamy

In suburbs like Keilor East buyers with $1 million to spend were likely to pick up an original-condition three-bedroom house on about 600-650 square metres of land, said selling agent Alex Dimopoulos of Nelson Alexander Keilor East.

But he said price growth had slowed lately, and buyers at that price point now faced less competition.

In regional Victoria, only 22 regions now have a median house price of at least $1 million, most of which were in Geelong. Ten of these suburbs joined the club in the past year, including Portarlington ($1,003,148) and Highton ($872,020).

Most Viewed in Property