The accomplished journalist has hosted the Evenings show on weekdays, broadcast in Sydney and Canberra, for three years. Bath, currently a weekend news anchor on Network 10, said in a statement her decision to step down from the ABC was "a very difficult one to make". 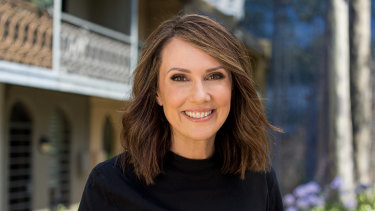 Chris Bath has stepped down from her role as Evenings presenter for ABC Radio Sydney.

"I need to find a job with hours more conducive to having my family recognise me," she said. "[I've] had a ball hosting Evenings and working with my little team and the listeners who make the show truly hum."

ABC Radio Sydney's manager Melanie Withnall said she was disappointed to lose such an experienced broadcaster.

"Chris has been hosting Evenings for three years and in that time has grown her audience across NSW and Canberra," Ms Withnall said. "It was our wish that Chris continue on Evenings but we respect her decision. There will always be a door open for her to return."

Bath worked for the Seven Network from 1996 until 2015 as a newsreader and also as the host of the now-defunct current affairs program Sunday Night from 2009. In 2015, she left Seven and started making regular appearances on Network 10, where she now hosts 10 News First Weekend.

A 10 spokeswoman confirmed Bath would continue to host 10 News First Weekend in the new year.

ABC Radio Sydney is expected to announce Bath's replacement next week when the broadcaster unveils its 2020 radio lineup for the capital cities.

This week has seen significant change for ABC Radio, with the Melbourne station revealing on Friday that it has axed its two-year-old double-header breakfast show.