Teasing her love life? Shortly after Chrishell Stause’s whirlwind romance with G Flip made headlines, she is already joking about taking the next step on social media — sort of.

“Closet update, guys, look at this,” the Selling Sunset personality, 40, wore a white bikini as she showed off her home renovation progress in a Friday, May 6, Instagram Story video. “We’ve got all the marble on [the wall] now, we’ve got the rose quartz [in], which is so pretty.” 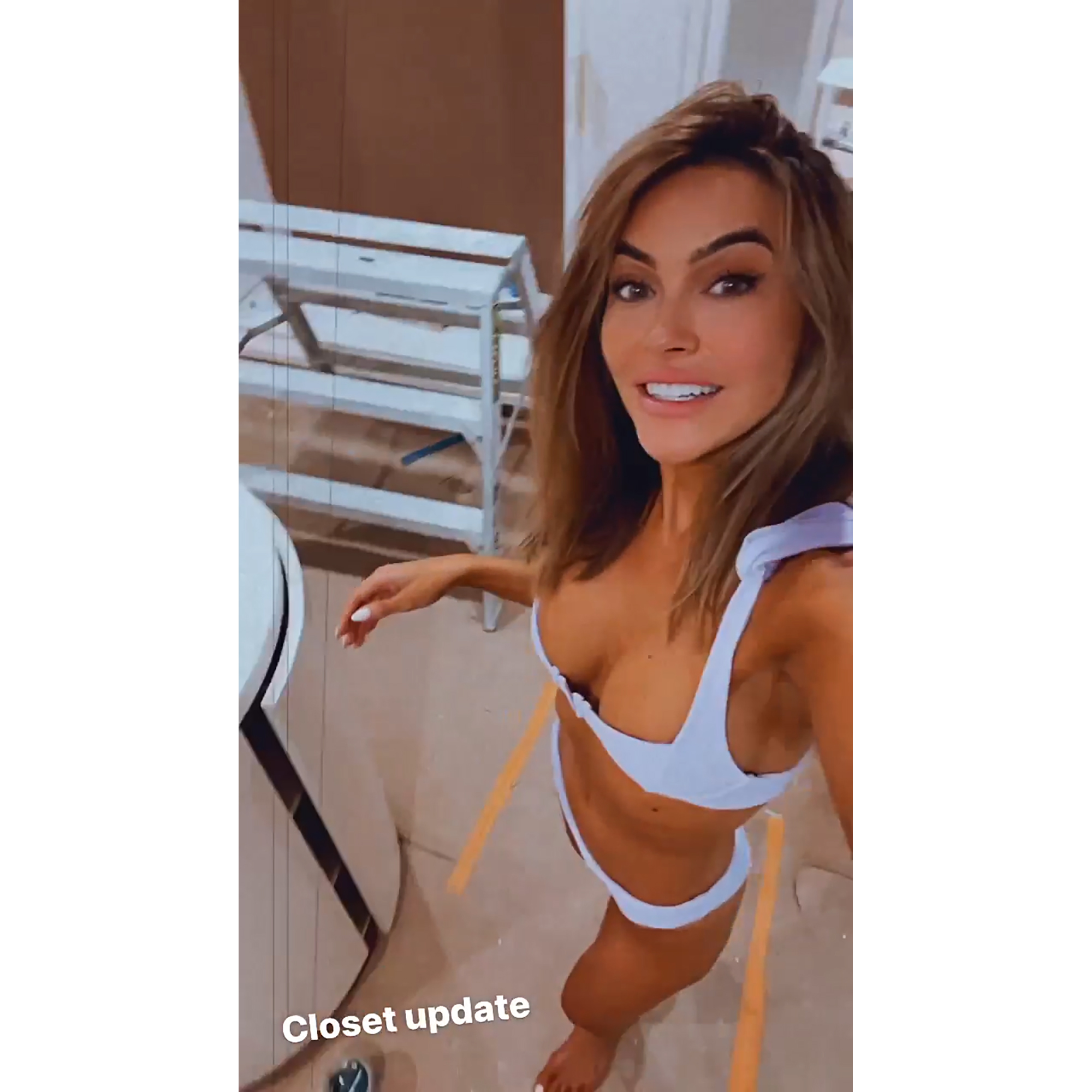 The Kentucky native’s subtle joke comes hours after she confirmed that she sparked a connection with the rapper, 27, who identifies as nonbinary.

“I recently have been spending a lot of time with someone that’s very important to me,” Stause told her Netflix costars and host Tan France during the Selling Sunset season 5 reunion, which premiered on Friday. “Their name is G Flip. They’re nonbinary, so they go by they/them [pronouns] and they are an extremely talented musician.”

The twosome initially connected on the set of one of G Flip’s upcoming music videos about a “chaotic love story,” which was teased during the televised special.

“I think I was probably as surprised as anyone. Nothing’s really changed for me, I’m still very attracted to masculine energy and a good human,” the Under Construction author noted. “I heard people talk about these things and they’re like, ‘I knew from a young age.’ That’s not me. I’m just, I’m very open to good energy. I don’t know what my future holds. … I know being in this position, we get judged constantly, but at the end of the day, I’m so happy.”

Stause connected with the Australia native after her breakup from Oppenheim Group boss Jason Oppenheim. The former soap star and Oppenheim, 45, confirmed their romance in July 2021, which was chronicled during season 5. By the season’s finale, the duo announced they had split that December over the former attorney’s lack of interest in having a family.

“Basically, I went into this hoping that I would decide to have a baby with Chrishell,” the Oppenheim Group cofounder told Selling Sunset costar Mary Fitzgerald — whom he previously dated — in unseen footage that aired during Friday’s reunion episode. “I felt like I was more likely than not going to want to have a kid because the situation is [otherwise] perfect. I’m with the woman I love, I get along with her, she makes me happy, I trust her, I respect her, I think she’d be an excellent mother. She’s a dream.”

He continued: “I think the more I thought about it, I went in the other direction. I just feel like this is not the time in my life where I want to have a family. I feel like I f—ked it up. I feel a lot of guilt [because] we were happy and I f—ked something up that was really good. She’s in pain and I caused that.”

After emotionally opening up about their breakup and learning to move on, Oppenheim did offer Stause and her new love well wishes moving forward.

“They seem like a badass, for one. And two, the smile that’s been on your face the last couple [of] minutes makes me very happy,” he added during the reunion. “So I’m proud of you.”