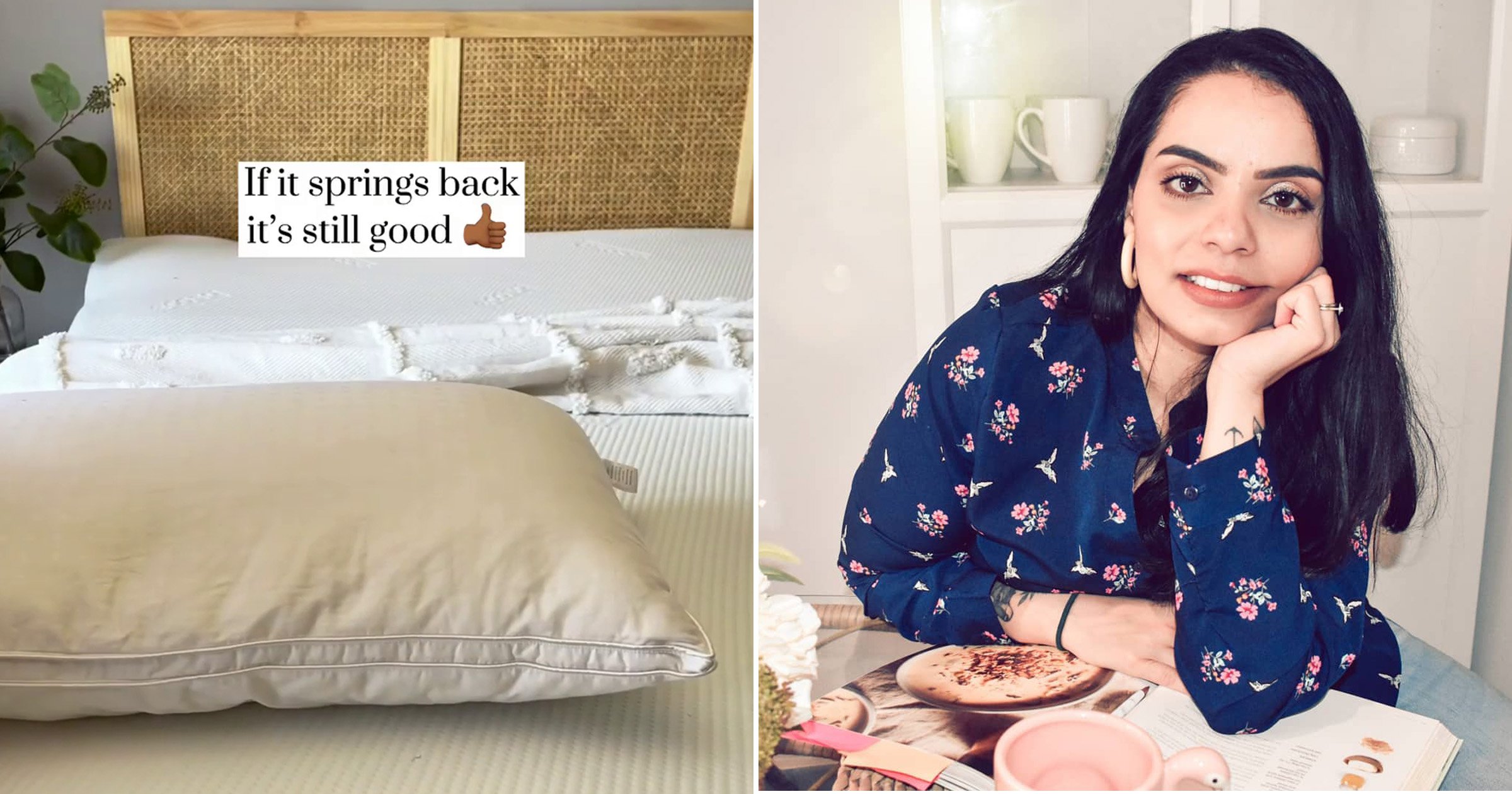 At the start of the new year, it’s a great time to freshen up your home with a spring clean (although maybe wait until tomorrow if you don’t want bad luck).

It can be hard knowing which jobs to tackle first, but the best place to start is wherever you normally forget about.

Pillows and bedding are among these things, with statistics showing a third of us only wash their sheets once a year – despite our bodies producing on average a litre of sweat each night (and shedding 15 million skin cells) that lingers in the fibres.

In one study, 40% of participants admitted to never washing their pillows, and many of them claimed to have kept the same ones since they were children.

While sometimes it’s harmless, the pillows they tested contained hundreds of thousands of bacteria and mould spores – researchers even found potentially fatal germs.

Experts recommend washing yours at least every two to four months and replacing them when they’re ‘expired’. But what is an expired pillow?

Cleanfluencer Carolina McCauley recently shared her hack to find out.

Sharing a video on TikTok, the mum-of-two showed how she tests her own pillows, folding them in half when she’s changing the sheets as normal.

Carolina folds the pillow and holds it down with both hands for at least 30 seconds, before seeing how long it takes to go back to its original shape. She recommends that, if the cushion springs back and lays flat again quickly, it’s still good to use.

If it doesn’t have much bounce or resilience, it’s time to replace it. This should typically be after about three years of use (including regular washing).

‘These are such fab hacks, I’m allergic to dust so I’ll definitely try these out,’ one woman commented online.

‘Thanks so much for sharing, I’m gonna do a big clean to ring in the New Year,’ another said.

As well as this neat trick itself, Carolina shared some others to keep your bedroom spick and span.

The self-confessed ‘home hacks queen’ revealed her recipe for an all-natural dust blaster. In a spray bottle, she mixes up half a teaspoon of olive oil, one teaspoon of vinegar, half a cup of water, 10 drops of essential oil, and two drops of dish soap.

This concoction is then sprayed onto hard surfaces before being given a good wipe, with the ingredients acting as a dust repellent as well as a cleaner.

Carolina also advises vacuuming your mattress once a week, showing the amount of debris in the bag of hers after doing so. If there’s all that lurking in our sleeping areas, it’s safe to say it’s wise to give it a go yourself.

There’s no need to feel ashamed if you haven’t got round to it in a while. Just do what you can, when you can, in the best way you can. And try to remember the amazing feeling of getting into a clean, fresh bed.