A clever video hack showing how to peel a boiled egg in under 10 seconds is wowing social media users, with some calling the viral clip ‘dark magic’.

In the video shared by US Twitter account @BackT0Nature, a man is seen placing a boiled egg inside an empty glass, before briefly putting it under running water, and shaking the glass vigorously.

They’re then seen removing the egg from the glass, and slipping it from its shell with ease.

Social media users have been left stunned by the now-viral clip, with one commenting: ‘Whoa. Dark magic.’ 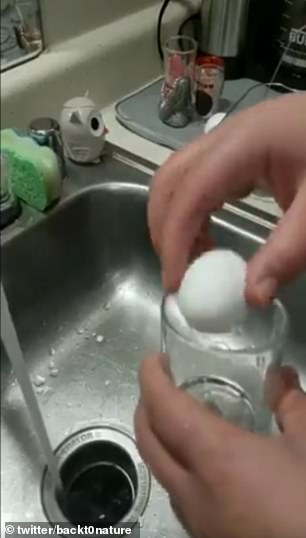 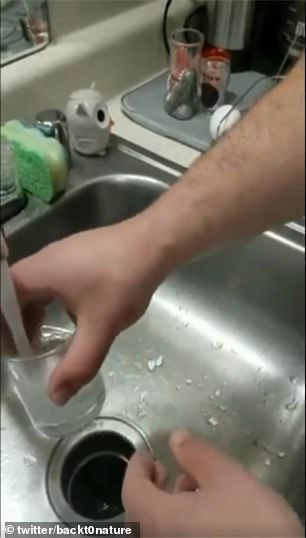 Social media users have been going wild after a video hack showing how to peel a boiled egg in under 10 seconds was shared on Twitter (pictured left, a person in an unknown location places the egg inside an empty glass before, right, running it under a tap) 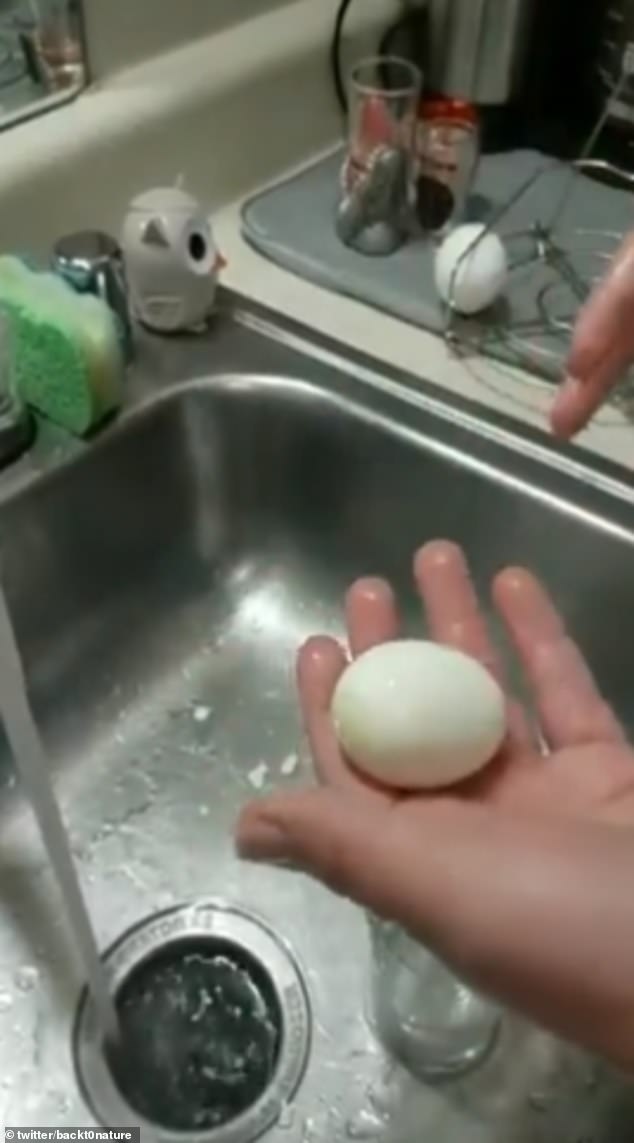 After shaking the glass containing the boiled egg vigorously, the person is able to simply slip the egg from it’s shell with ease (pictured)

The clip, which has been liked over 7,000 times on the social media platform since it was shared on Sunday, was posted alongside the words ‘Eggxactly how to peel a boiled egg.’

It starts by showing a person holding a hard-boiled egg over a sink.

The person turns the tap on, before placing the egg into an empty glass, and holding it briefly under the running water.

They fill the glass with a little water, before turning the cup upside down, using their hand to stop the egg from falling out the top.

Social media users were wowed by the crafty hack, with some suggesting they would give it a try themselves

The person then shakes the cup vigorously for a few seconds, causing the shell of the egg to crack.

They tip the egg out into their hand and, pinching it at the base, they’re able to slip it from it’s shell with ease.

Many social media users were stunned after watching the nine second long clip, and commented on the video with their amazement.

One wrote: ‘Absolutely brilliant. I have never seen that before.’ 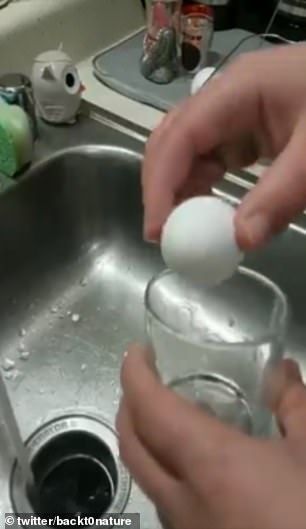 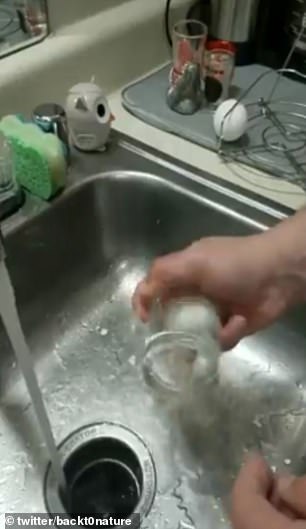 In the now-viral video, the person can be seen adding their egg to an empty glass before quickly placing it under running water (left). They then flip the cup upside down and vigorously shake the now wet egg inside (right)

Meanwhile another excited user commented: ‘Wow! What a clever idea! I’ll try that next time I boil eggs!’

Another wrote: ‘That is so awesome! I’m going to try that next time.’

Another added: ‘Brilliant, gonna give this a try.’ 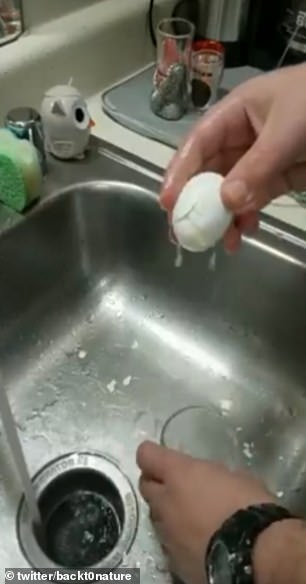 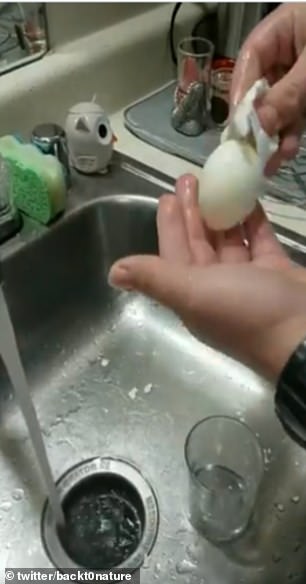 They’re then seen tipping the egg, which now has a shattered shell, from the cup (left), and gently squeezing it from it’s shell (right)