New Victorian Senator Ralph Babet will use his time in federal parliament to fight for a two term limit for MPs, a bill of rights and stronger privacy laws but is opposed to stronger action on climate change. 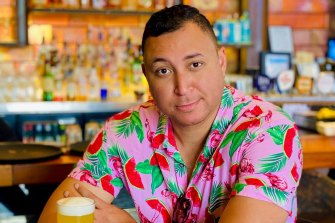 In an interview with The Age and The Sydney Morning Herald, the 39-year-old UAP senator laid out his priorities for his time in parliament, which he declared will only last one term.

"We need a Bill of Rights which encompasses all of those things to protect us, not only from foreign tech giants, but [to stop governments restricting] the ability to assemble in public, the ability to freely move around your country without being stopped for any reason at all."

Babet, who arrived in Australia at the age of seven and lives in Melbourne's outer south-east, said his passion for the natural world led to him voting for the Greens. "Back then, I thought that the Greens were only about the environment," Babet said. 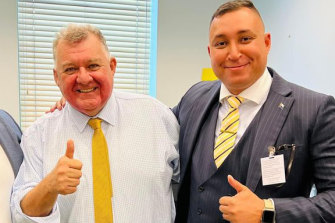 But he grew disenchanted with what he saw as the party's "radical social policies" and is sceptical of the scientific consensus that humans are causing dangerous climate change. "I don't believe that the science is settled," Babet said.

Instead, Babet, who is Catholic, was drawn to the UAP for its “unabashed, unashamed love of country”. Australia should take more migrants, he said, but only as long as they are willing to assimilate into local culture.

Babet attended controversial protests at the Victorian parliament, where activists tried to stop the state government’s COVID-19 legislation and mandates. The protests drew criticism for their use of violent language and imagery and from those who saw the gatherings as irresponsible during a pandemic. “I was out there on the steps of parliament house, non-stop for a couple of weeks in a row,” said Babet. “Every single night.”

His priority in Canberra is to represent the so-called freedom movement, a loose coalition of activists opposed to things like vaccine mandates and harsh lockdowns to tackle the coronavirus pandemic.

“I want to get the average mum and dad, the average Australian, off the couch because I believe that most Australians have a ‘she’ll be right’ attitude about most things, especially politics,” Babet said. “They don’t care about politics, but they need to care. They need to take an interest.”

Babet, who has had “all my shots” except for coronavirus vaccines, said he felt like a “leper” during the period when mandates were being strictly enforced. In contrast to Babet’s unfounded description of coronavirus vaccines as “emergency use gene therapy”, COVID-19 vaccines have been approved by health authorities and are broadly safe, effective and credited with saving millions of lives worldwide.

He is sceptical too of the World Economic Forum, an organisation best known for its annual talk-fest attended by the rich and powerful each year in Davos, Switzerland, and a frequent target of conspiracy theorists. “As far as I can see, they’re trying to do away with the concept of private ownership,” said Babet, who is fearful large corporations want to instead own almost everything.

Babet’s vote is unlikely to be pivotal in this term of parliament because Labor needs the support of the Greens and only one other crossbencher to get legislation through the Senate. That crossbench support is more likely to come from ACT independent David Pocock or the Jacqui Lambie Network from Tasmania, both of which are more ideologically aligned with the government.

The incoming UAP senator gave a dim assessment of Prime Minister Anthony Albanese, saying it was hard to judge him because he had spent so little time in Australia since ascending to the role. Albanese has travelled extensively since becoming prime minister on government business, such as meeting with NATO leaders to discuss issues such as Russia’s invasion of Ukraine.

But Babet was even more scathing of Victorian Premier Daniel Andrews, pointing to Melbourne's unenviable status as one of the most locked-down cities in the world.

"If he was the CEO of any business, he would have been sacked," Babet said. "He needs to go."

The United Australia Party received about 4 per cent of first preferences in the Victorian Senate count, or about 153,000 votes, but Babet was elected on preferences. Federal leader Craig Kelly, who the party billed as the next prime minister, lost his NSW seat of Hughes.

United Australia Party benefactor Clive Palmer, who missed out on a Senate seat in Queensland, said in April he would spend $70 million on advertising for the party having already spent more than $31 million since August 2021. That money was distributed nationally but Babet was the only MP elected.