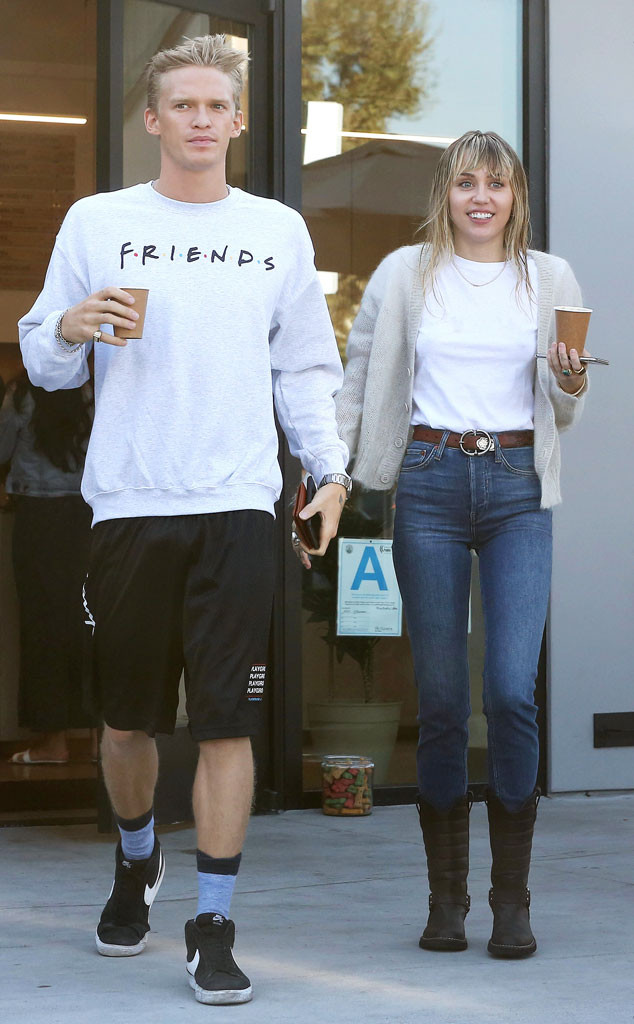 Cody Simpson thinks his romance with Miley Cyrus is something out of a love song. And now, it is.

Elsewhere, Simpson seems to hint that their whirlwind romance was rather unexpected. “She let me in,” he belts out. “I’m shocked.”

Need further proof this hit is about Cyrus? Well, the video for the lyric track is a close-up of a woman with beachy, golden locks, a near identical portrait of the superstar herself.

Following the song’s release, the “Slide Away” singer took to social media to promote her love. As she captioned an Instagram Story of the track, “MY HEART.”

Of course, the duo have been teasing “Golden Thing” for some time now with Cyrus even writing “DROP IT BABY” hours before the release.

Not that this is the first time she’s been serenaded by her man. While hospitalized with tonsillitis, she was treated to romantic performance by Simpson.

“Suddenly I am feeling much better,” Cyrus captioned the video. “This sweeeeeet guy came to visit at the hospital and sang the sweeeeeetest song he just wrote for me.”

Slide into the video above and hear Simpson profess his love for Cyrus!