Colton Underwood: I dont fk with The Bachelor anymore

Colton Underwood experimented with men before ‘The Bachelor’

Colton Underwood says he was blackmailed into coming out

Colton Underwood distanced himself from “The Bachelor” after being mentioned in reports about several franchise alums receiving PPP loans during the COVID-19 pandemic.

“please stop lumping me in with the bachelor,” the Season 23 star, 29, wrote in a since-deleted Instagram Story post on Monday.

In the post, Underwood, who came out as gay in April, explained that he had received money from the federal government to use toward his Colton Underwood Legacy Foundation, which helps children living with cystic fibrosis.

“Let me save you the click bait headline,” he captioned a screenshot of news coverage.

“My non profit filed for a PPP because we cancelled our charity events for the year,” he continued. “We help people living with CF. I don’t make a dime from my non profit.”

PPP loans were distributed to small businesses during the pandemic to help keep their workforces employed.

Underwood was loaned $11,355, according to ProPublica, while other “Bachelor” and “Bachelorette” alums turned social media influencers got upwards of $20,000 each. 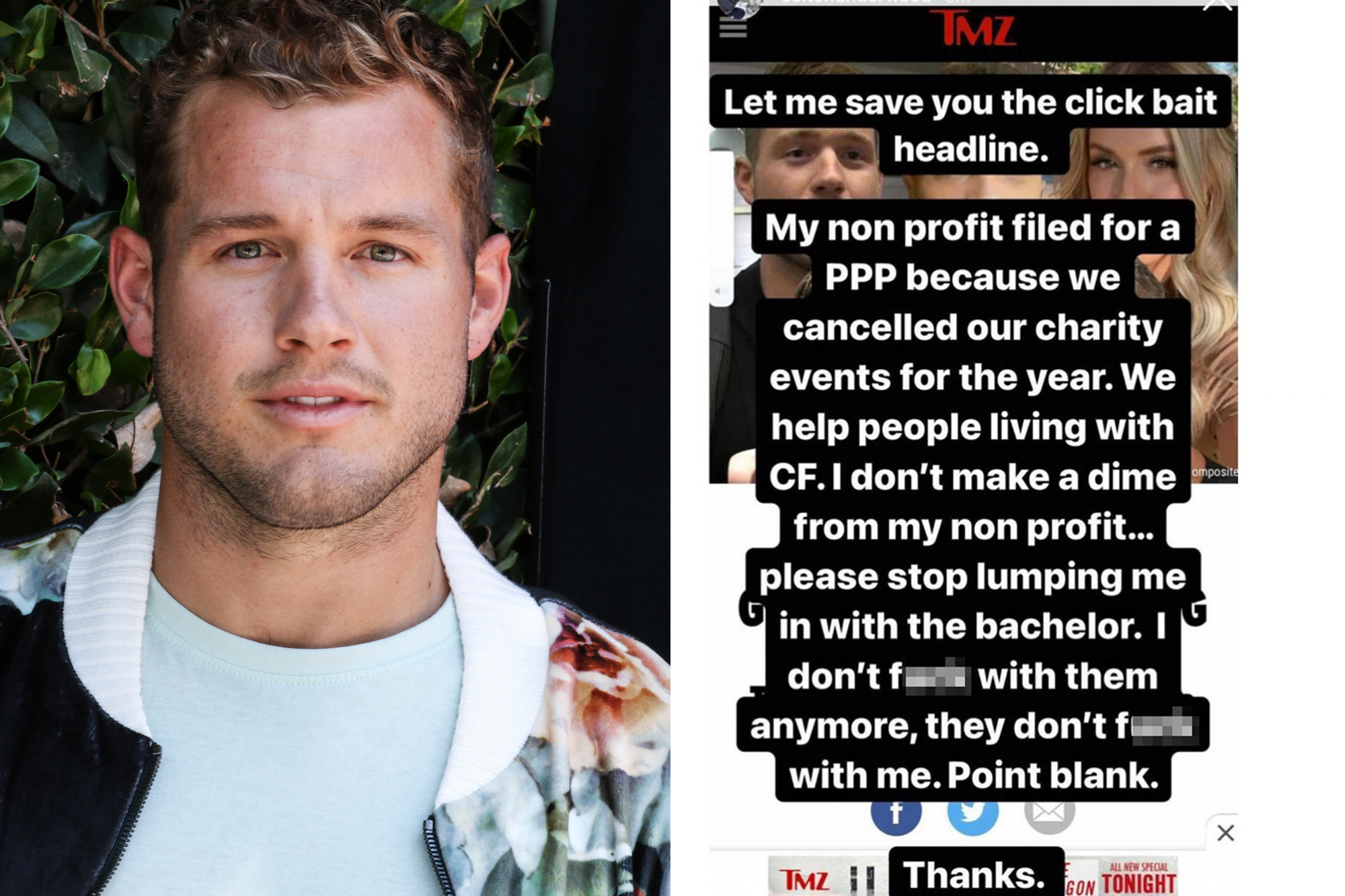 For example, Tayshia Adams, who co-led “The Bachelorette” with Clare Crawley in 2020, received a $20,833 bailout for her one-person LLC, Tayshia Adams Media.

A rep for Adams, 30, later told Vulture that her PPP loan “enabled her to hire an employee (someone who was previously unemployed), to whom she offers market-based pay and benefits.

“Since exhausting the PPP Loan funds, but in light of the growing economy, Tayshia has committed to retaining her employee for the foreseeable future,” the rep said.

Season 22 “Bachelor” Arie Luyendyk Jr. and his wife, Lauren Burnham, who recently welcomed twins, also got a PPP loan worth $20,830 for their company, Instagram Husband.

Luyendyk Jr., 39, and Burnham, 29, have not publicly responded to backlash.