CRAIG BROWN: How to make your grammar fit for porpoise 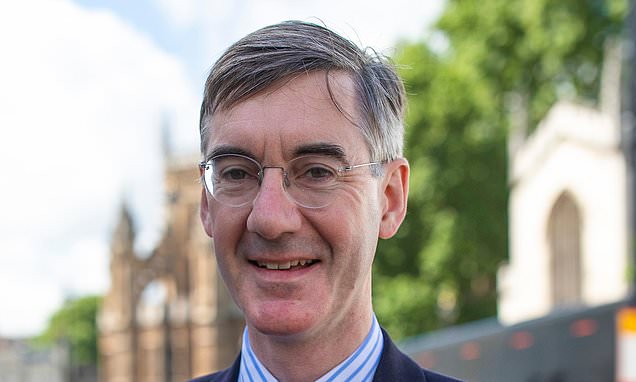 CRAIG BROWN: How to make your grammar fit for porpoise, with Jacob Rees-Mogg’s style guide (part 1) 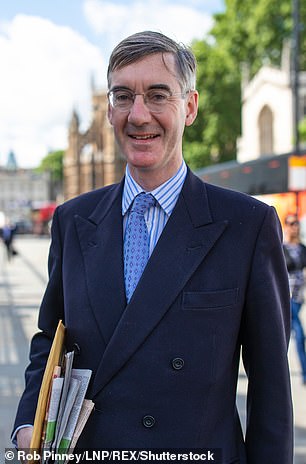 The new Leader of the House of Commons, the Rt Hon Jacob Rees-Mogg, Esq., M.P., (pictured) has issued his staff with a guide for writing documents

The new Leader of the House of Commons, the Rt Hon Jacob Rees-Mogg, Esq., M.P., has issued his staff with a guide for writing documents…

Bear with me: An expression only to be employed when accompanied by a wild hairy mammal.

Betwixt: An excellent word to use to denote a pause between separate fingers of a popular chocolate-based biscuity comestible. ‘Having hereby consumed one finger, I am now licking my forefinger betwixt.’

Discotheque: There is no such thing as a discotheque.

Egad: A suitable word for the expression of surprise at an unexpected achievement, e.g., ‘Egad! I see the Rt Hon Chris Grayling, Esq., M.P. has managed to tie up his shoelaces!’

Email: There is no such thing as an email.

Esq.: To be placed immediately after the surnames of all non-titled Brexiteer colleagues, for example Mark Francois, Esq., M.P.. The term ‘Esq.’ is a foreshortening of the good old English word, ‘grotesque’. It is also used to denote any Member of Parliament who was born and/or brought up as an Esquimau, though there are mercifully few Esquimaux currently elected to the House of Commons.

Farthing, penny: When no other means of transport is available, the Leader of the House of Commons will avail himself of his penny farthing. 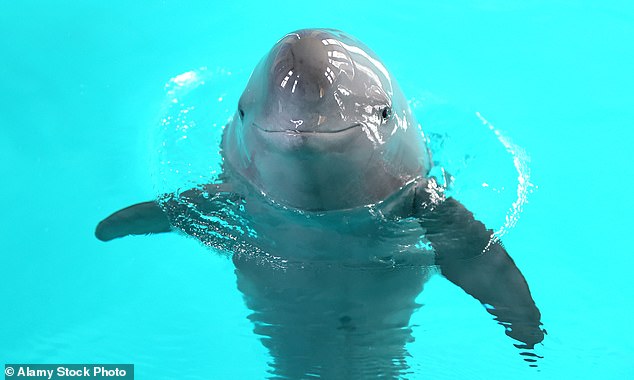 Fit for porpoise: Were I to be told that such-and-such a school is ‘Not fit for porpoise’, I would conclude the school in question was ill-suited to the education of a mammal that lives in the sea, swims in groups and looks similar to a dolphin, though with a shorter, rounder nose (file picture)

Fit for porpoise: Were I to be told that such-and-such a school is ‘Not fit for porpoise’, I would conclude the school in question was ill-suited to the education of a mammal that lives in the sea, swims in groups and looks similar to a dolphin, though with a shorter, rounder nose.

Forsooth: An excellent word to employ when attempting to make headway with a decent, hard-working fellow from the North of England by mimicking his accent.

The Rt Hon Jacob Rees-Mogg, Esq., M.P.: ‘Good for you, “mate”! And how for sooth are you planning to venture?’

Full stop: A full stop should only be used after the phrase ‘full stop’ if the phrase happens to be concluding the sentence of which it is a part, e.g., ‘This sentence ends with a full stop.’

Get up: Many popular songs are, I regret to say, lamentably ungrammatical. A case in point is Get Up (I Feel Like Being A) Sex Machine by James Brown, Esq., with its appalling first verse:

Fellas, I’m ready to get up and do my thing

I wanna get into it, man, you know,

If this verse is ever quoted at the Despatch Box, then it must first be rendered into proper English, i.e.,

My good fellows, I am ready to ascend and pursue my purpose,

I want to insert myself into ‘it’, whatever ‘it’ may be,

In a way not dissimilar to something unmentionable, now there’s a good chap,

Transporting it and making it productive, it goes without saying. 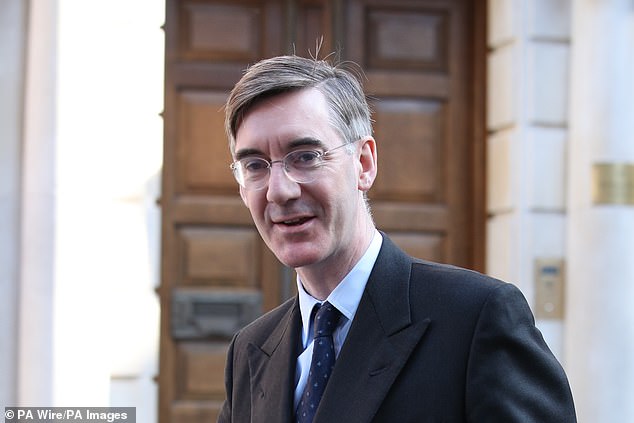 Going forward: This unpleasant expression is not to be used in documents. It suggests progressive inclinations that are wholly unacceptable to a civilised society. ‘Going backward’ is the only acceptable alternative.

Ha ha ha: It is rude and unseemly to laugh with one’s mouth open. A wry smile is the most acceptable reaction to an amusing joke. If an exclamation is unavoidable, then a tight-lipped ‘He he he’ is preferable.

Lovely jubbly: Prime among my list of banned words and expressions. It would, for instance, be unforgivably coarse to describe the most recent balance of payment figures as ‘Lovely jubbly’. Other banned expressions include ‘LOL’, ‘Groovy’, ‘Gobsmacked’ and ‘Chillax’, particularly when applied to the consequences of remaining in the EU after October 31.

Mobile phone: There is no such thing as a mobile phone.

Mwah: Unattractive ‘sucky’ noise produced when lips are applied to a cheek and/or cheeks in a method of greeting practised widely on the continent of Europe but soon to be outlawed in the United Kingdom. The correct form of greeting remains, of course, the handshake.

END_OF_DOCUMENT_TOKEN_TO_BE_REPLACED

END_OF_DOCUMENT_TOKEN_TO_BE_REPLACED
We and our partners use cookies on this site to improve our service, perform analytics, personalize advertising, measure advertising performance, and remember website preferences.Ok