Cuomo calls new coronavirus strain “highly problematic”: “It could be a game changer” 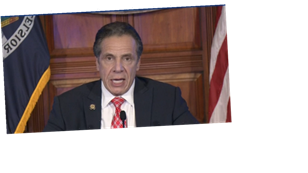 New York Governor Andrew Cuomo said Tuesday a new COVID-19 strain that was detected in the state after it was first identified in the United Kingdom last month “could be a game changer.” He called it “highly problematic.”

“This is a virus we have to be extra careful with,” the governor said at a press conference.

The state’s first confirmed diagnosis of the contagious new strain was detected in Saratoga Springs. The man who tested positive is affiliated with a jewelry store there, CBS New York reported. The person had no known travel history, Cuomo said.

Experts say there’s no evidence the new strain is resistant to the vaccines and the infections are no more severe. But the governor said this week since it is more transmissible it could lead to more cases and more hospitalizations.

“Even if the lethality doesn’t go up, the fact that it is so much more transmittable is a very real problem,” he said.

“Apparently the U.K. strain can actually overtake the original COVID strain in a matter of weeks,” he said Tuesday. “That’s how quickly it can transmit.”

“It dramatically increases our challenge and we have to be aware of it,” he said.

END_OF_DOCUMENT_TOKEN_TO_BE_REPLACED

END_OF_DOCUMENT_TOKEN_TO_BE_REPLACED
We and our partners use cookies on this site to improve our service, perform analytics, personalize advertising, measure advertising performance, and remember website preferences.Ok