These heartwarming snaps capture the sweet band between a baby girl and her loving dog.

Toddler Macy and Marshall the Golden Retriever, who live in Australia, have become Instagram stars with more than 19,000 followers thanks to the sweet photos of them playing, cuddling and even having nap time together.

Macy’s parents, who remain out of the snaps, were already Marshall’s owners when they welcomed their little girl.

A photo taken just after Macy’s birth show Marshall giving her a gentle nuzzle with his nose.

Their bond has grown from their and they now enjoy having tea parties and playing together in the garden.

Here, Femail share some of the most adorable snaps.

Macy’s (left) parents have been sharing her adorable bond with the family golden retriever Marshall since she was born, as Macy’s parents, from Australia, have been sharing cute snaps of the pair’s blossoming friendship including this picture full of so much joy 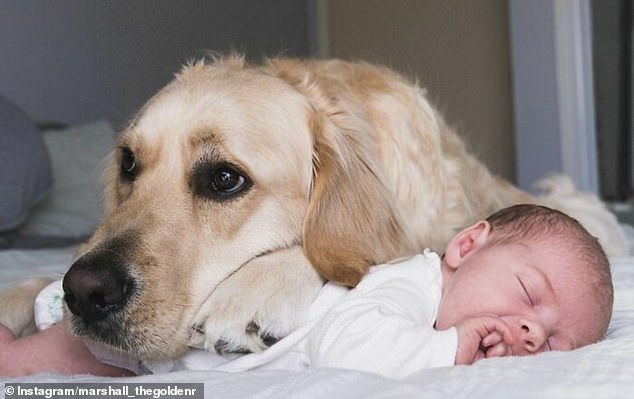 When Macy was a baby, Marshall demonstrated his unconditional love for her, as he rested his chin and paw on her back to protect her while she was sleeping 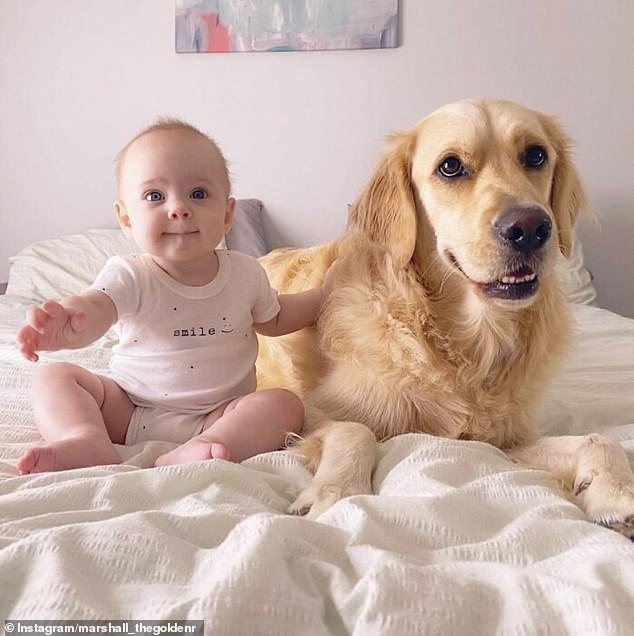 Last year, the family shared a picture of Macy and Marshall sitting on a bed, as Macy rested her hand against Marshall’s shoulder and reached forward towards the camera 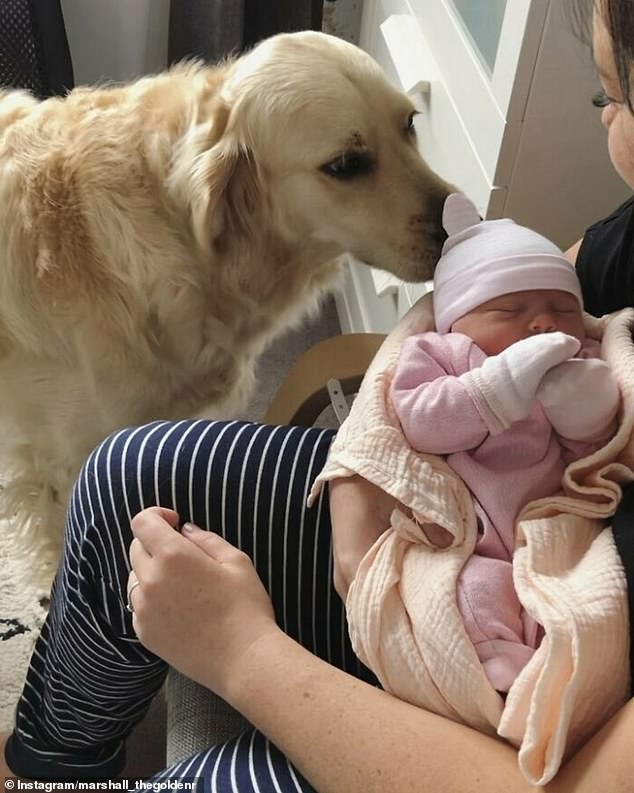 When Marshall’s owner brought Macy back from the hospital, he excitedly smelt her as she was wrapped in a pink onesie, hat and gloves in her mother’s arms 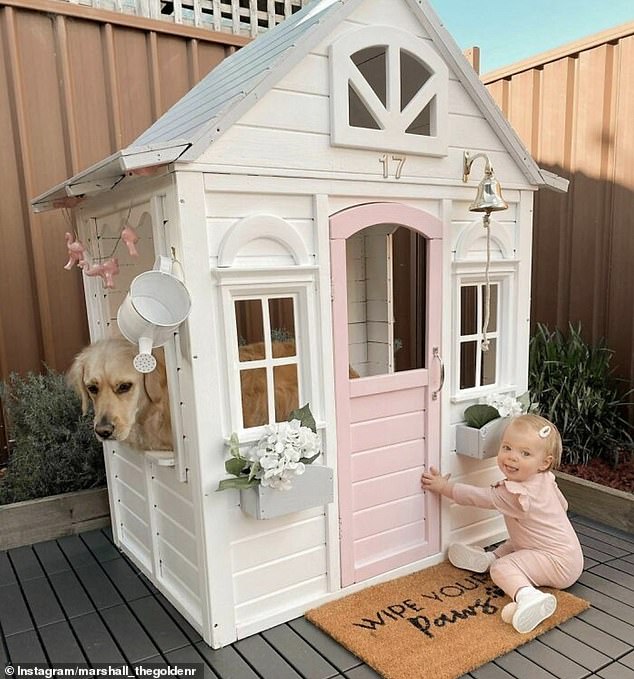 Other snaps show Macy and her furry friend playing together, as she closes the door of the garden playhouse while Marshall hangs his head out of the side window 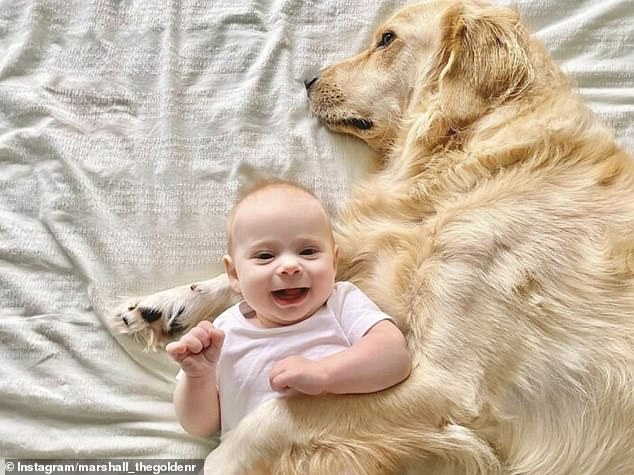 The pair appear to be inseparable, as Marshall in other pictures wraps his paws around Macy while they relax on the bed together 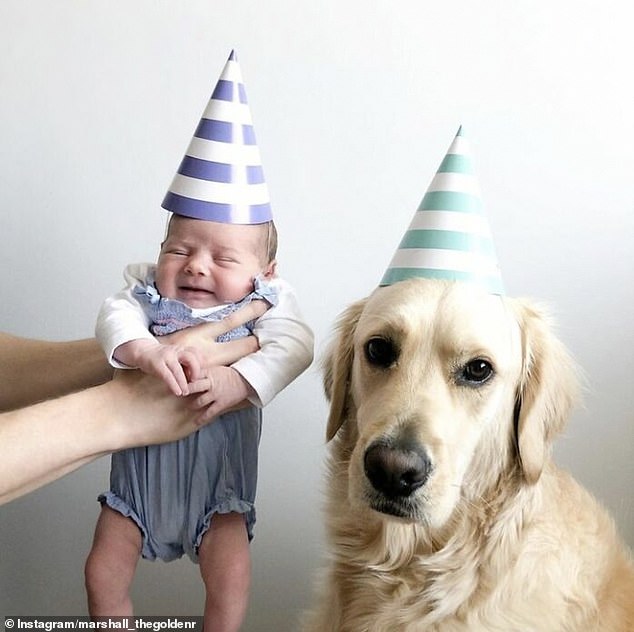 The pair also celebrated Marshall’s birthday, with the dog in a green and white party hat, while Macy’s parent held her next to him and she wore a purple and white matching party hat 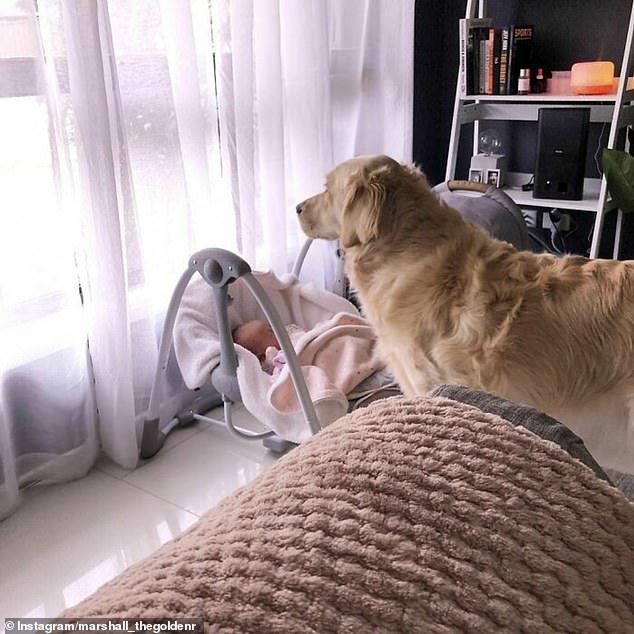 In another snap, Marshall stands by Macy’s rocker while gazing out of the window protectively as she slept 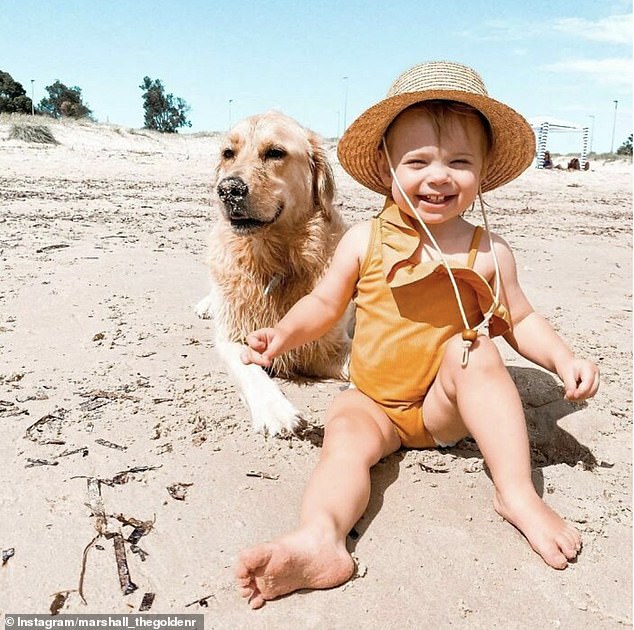 Last month, Marshall and Macy took a trip to the beach where Marshall ‘stole a lot of balls’ after joining a lot of families on the beach while Macy stroked other dogs 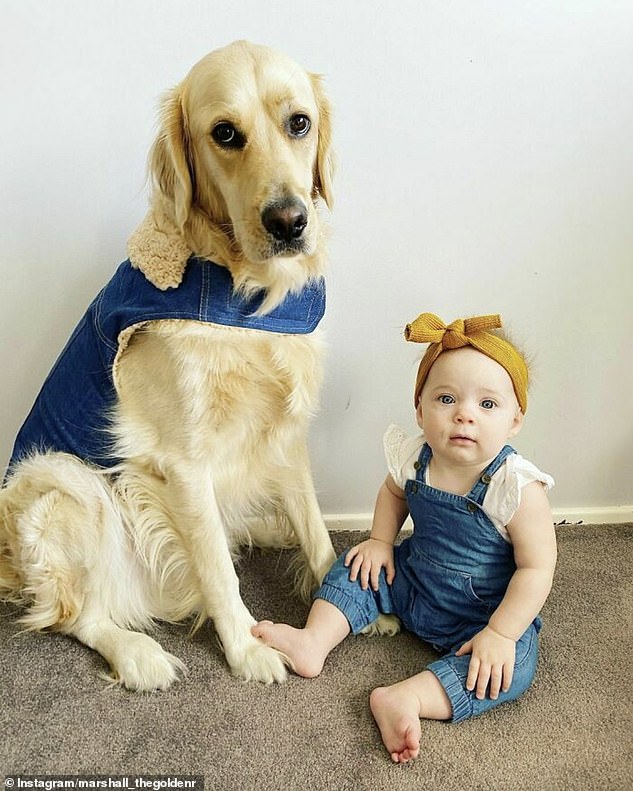 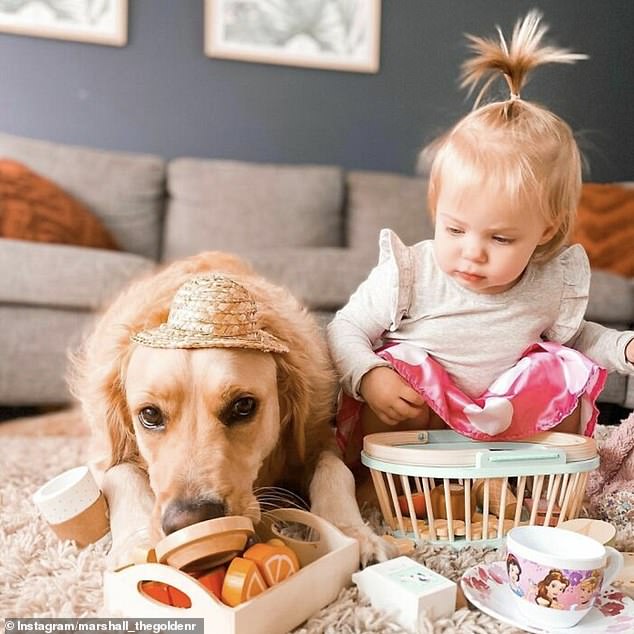 Marshall, wearing a tiny straw hat, was disappointed to find out the food he was served at a tea party with Macy wasn’t real 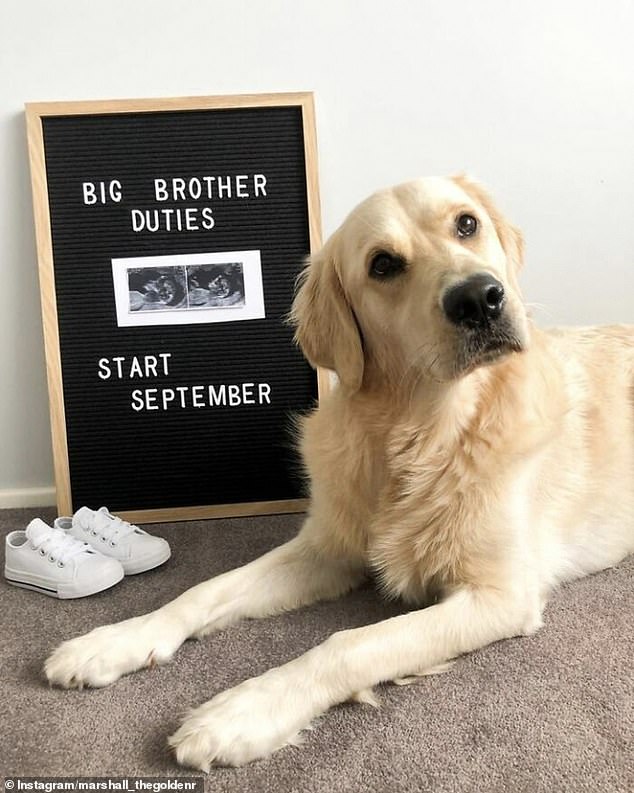 In another post, Marshall’s owners revealed they were expecting a baby by taking a picture of Marshall in front of a letter board, saying that his ‘big brother duties start September’ with a picture of the baby scan and tiny converse shoes 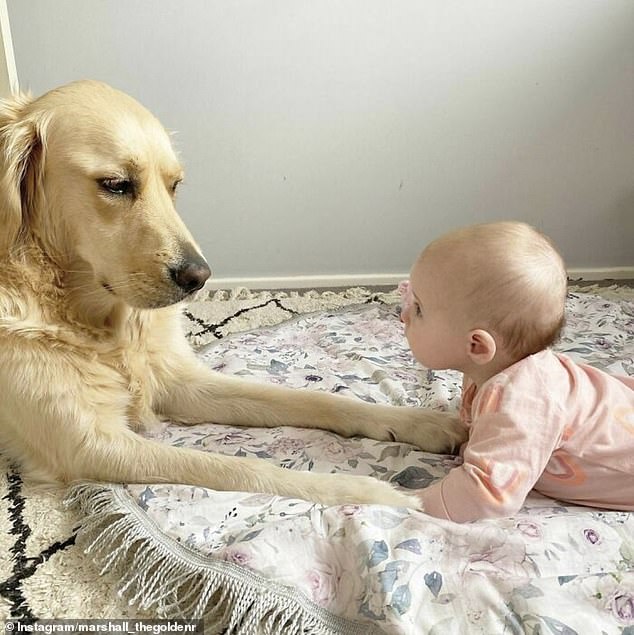 Macy laid on her front, gazing up at Marshall, as he looked back at her while putting his paws out in front of him