A father-of-seven whose wife of 30 years has been given just a fortnight to live is desperately fundraising so they can celebrate their last Christmas together early with their children.

Helen Robinson, 46, was cleared of breast cancer last year before being told that it had returned and spread to her lungs.

Her loving husband Stephen, 49, wants to get his three youngest children Ellie, 13, Sophie, 10, and Jessica, eight, presents early so they can celebrate Christmas at their mother’s hospice in Wirral, Merseyside, before she passes. 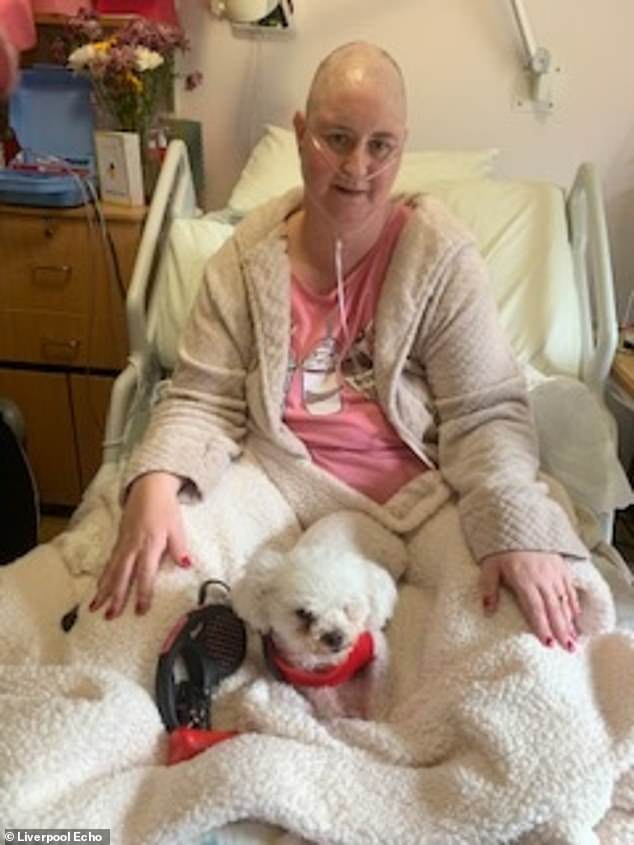 Helen Robinson, 46, has been given two weeks to live after breast cancer spread to her lungs 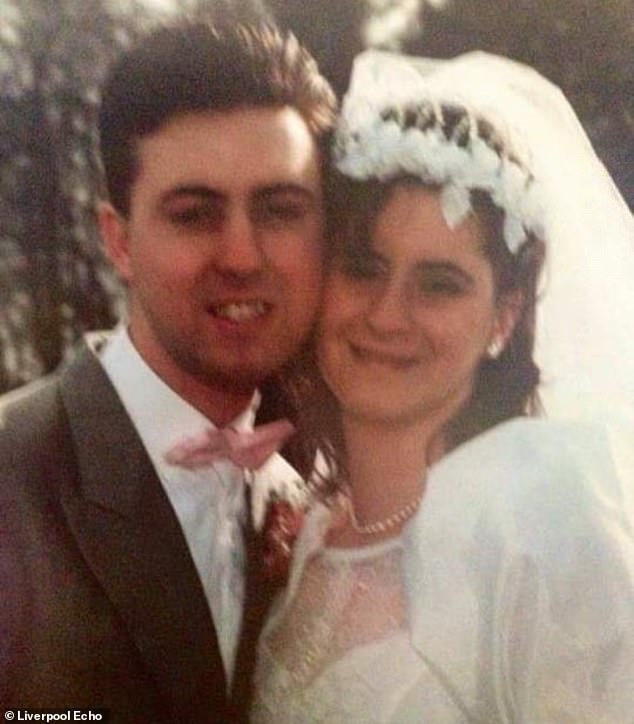 Her loving husband Stephen, 49, pictured with Helen on their wedding day, is appealing for money to pay for presents so that the children can have Christmas with their mother and to cover costs for Helen’s funeral

The former Cadbury’s factory worker, who is also raising money for Helen’s funeral, told the Liverpool Echo that his wife has gone downhill quickly, has trouble walking and often feels nauseous.

‘The news has just been devastating,’ he said. ‘We’ve been together since school days, married more than 30 years.

‘Helen has brought up the kids so well, and she’s the kind of person who would go out of her way to help someone.’

His wife is starting chemotherapy on Tuesday to give her more time, although doctors have said that the cancer is terminal.

Writing on her GoFundMe page, which has raised more than £2,600, Stephen said: ‘I’ve cried many times as we have been together since we were young teens. She is the love of my life and I just don’t know what I’m going to do. 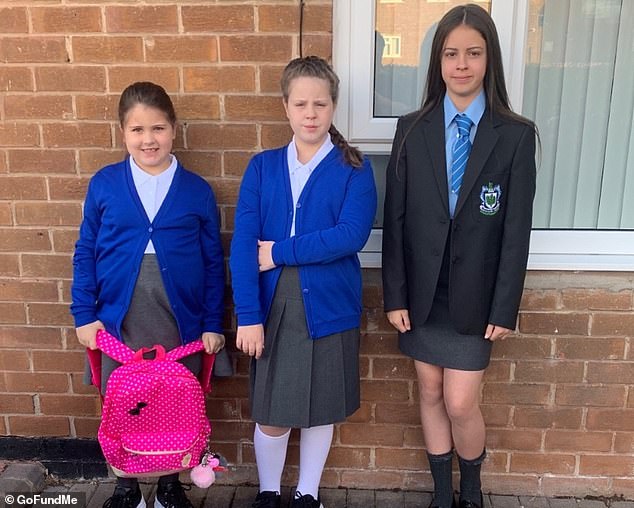 He wants to give gifts to his three youngest Ellie, 13, Sophie, 10, and Jessica, eight, when they celebrate Christmas with their mother in Wirral, Merseyside 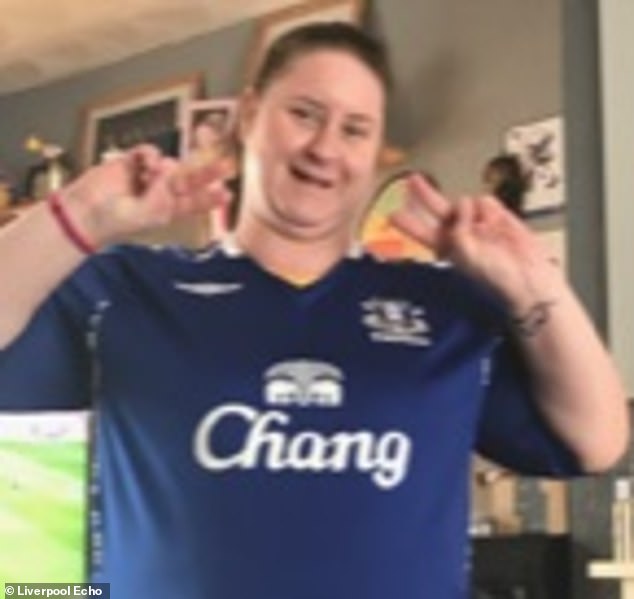 ‘I’m trying my best to save what pennies I have to give Helen and our little girls a happy Christmas one more time with their mummy.

‘I want them to at least smile on the special day because at the moment they cry everyday and it’s heartbreaking.’

Helen has been a strong advocate for the community in Liverpool and set up the Trauma Teddies scheme.

These are cuddly toys placed in police armed response vehicles to hand to children at the scene of a crime.