Daughter of depressed woman says mum's death could have been prevented

Daughter of depressed woman, 56, who died despite asking mental health services for help ‘many, many times’ reveals shocking failures in her mother’s care – including lost notes and advice to ‘try gardening’

The heartbroken daughter of a depressed woman who took her own life despite asking NHS mental health services for help ‘many, many times’ has spoken out about the shocking failings that could have seen her mother’s death prevented – and reveals she also had to wait a year to access counselling while grieving.

Julie Carter-Montacute, 56, from Chew Valley in Somerset drowned in a lake on February 22nd 2018, following a previous attempt on her own life in 2017.

Her daughter, Becky Montacute, 28, says while her mother tried to protect her close family from her ongoing struggles with depression, she was the ‘perfect patient’ when it came to seeking professional help, with NHS mental health services missing vital ‘red flags’ that her mental health was rapidly deteriorating. 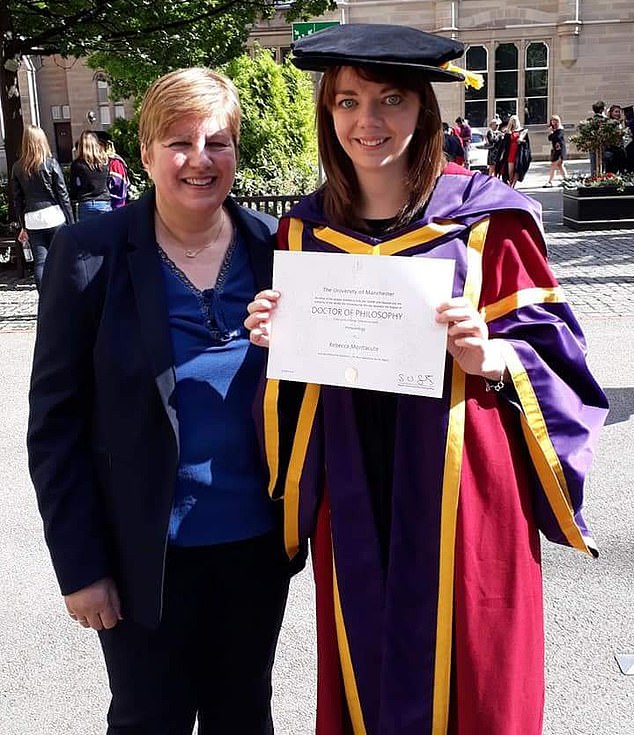 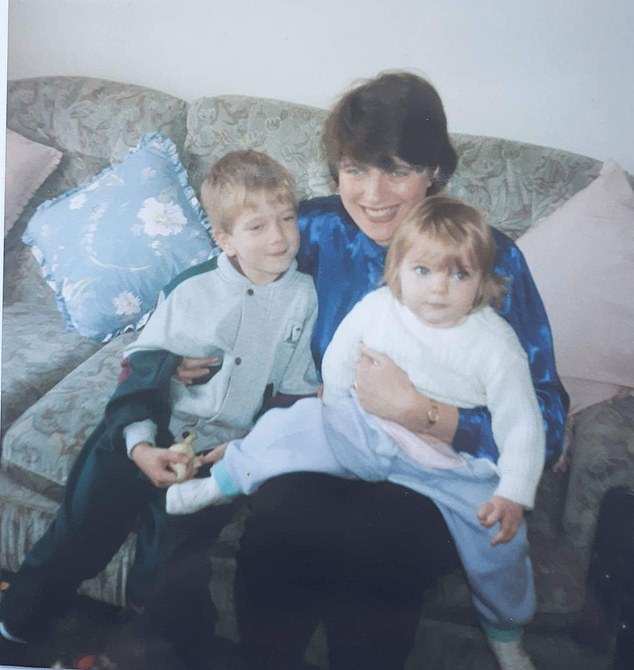 Julie pictured with Becky, right, and her son Alex; while she often tried to play down her depression to her close family, she was the ‘perfect patient’ when it came to reaching out to her doctor for help 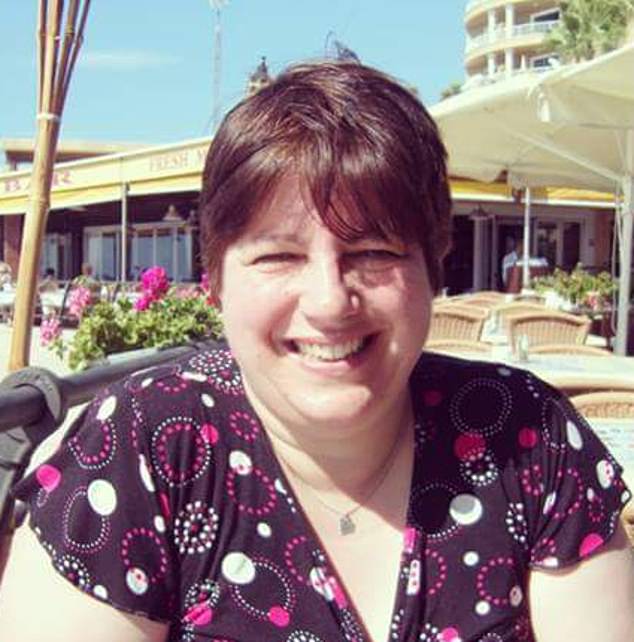 At an inquest months after Julie’s death in February 2018, Becky chose to speak out about the failings in her mother’s care, which included notes being lost because a mental health worker had been ‘locked out of their computer’ and advice to try gardening despite freezing temperatures outside

Becky herself had no idea that her mother had previously suffered with post-natal depression following her birth, and says her father didn’t know either.

Her first realisation that Julie was struggling with her mental health was when Becky was around 23, she says, several years before her depression increased to such an extent that she was sectioned in 2017.

‘She mentioned to me that she was taking anti-depressants because of the menopause but played it down’, says Becky.

In February 2018, weeks before her death, Julie was involved in a serious collision that shut the M5 after she was seen ‘weaving’ between traffic in her car and ended up being shunted into the central reservation by a heavy goods vehicle, something that Becky says was likely to be an attempt to take her own life.

Julie had to be cut out of her car but physically was ‘relatively unscathed’ and released by the Somerset Partnership on the same day. A nurse from the Avon and Wiltshire Mental Health Trust, speaking to Julie on the phone, failed to ask about her mental health following the traumatic crash.

‘That [day] should have been the warning signal’, says Becky, but despite Julie asking for help on several occasions in the days leading up to her death, her mother’s case wasn’t elevated.

She explains: ‘She had the phone line for the mental health team she was under and at the inquest it had all of the times she’d tried to call them. It was repeatedly over the space of weeks.

‘Just before she died it was extremely cold, it was freezing, and the mental health team told her to “go and do some gardening” despite her telling them: “I think my medication is wrong, I don’t think it’s working.”‘ 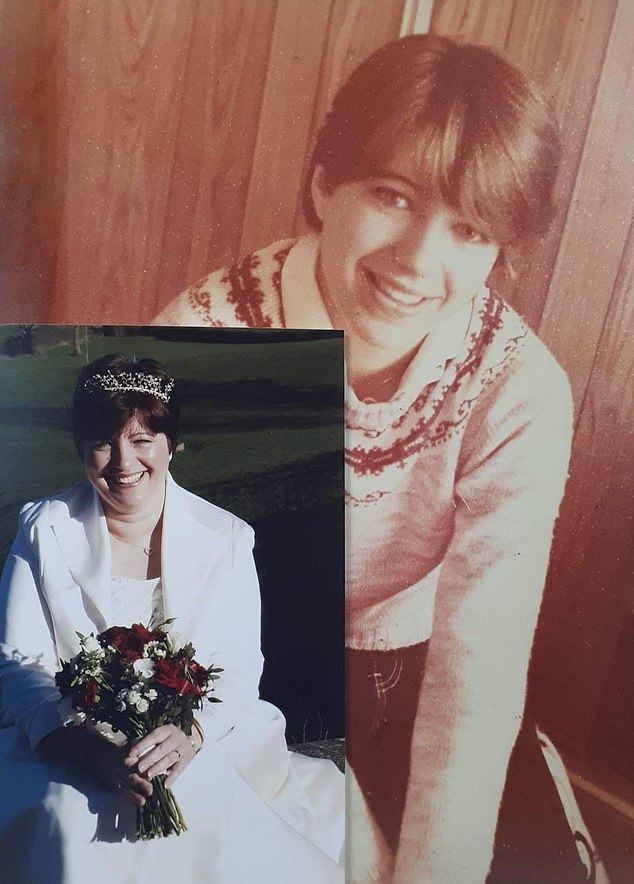 Photos of Julie (centre and bottom left) from her family’s album: daughter Becky decided to push for her mother at the inquest despite it being a ‘very difficult’ process to do because she felt that her mother ‘would have done the same for me and my brother’

Becky, who works in education research in London, only discovered the shocking failings of the two NHS trusts, Avon and Wiltshire Mental Health Trust and the Somerset Partnership, entrusted with her mother’s care at the inquest a few months after Julie’s death.

She was told of notes not being passed on because someone had been ‘locked out of their computer’ and how a mental health helpline worker with no training in risk assessment deemed her mother ‘low risk’.

The coroner ruled that Julie hadn’t received the care she had needed from the trusts involved and there had been nine failings in her care including one ‘gross failure’ – when her mental health was not addressed by Avon and Wiltshire Mental Health Trust following the car crash.

Both trusts, after a further complaint by Becky was raised in the case of the Somerset Partnership, have since changed their practices.

Becky says it should have been crystal clear that her mother’s condition was getting worse.

She says her mother had vocalised it frequently and clearly saying things like: ‘my medication feels like it’s not working’ and ‘I feel as bad as I did before’, referencing when she’d previously tried to take her own life in early 2017. 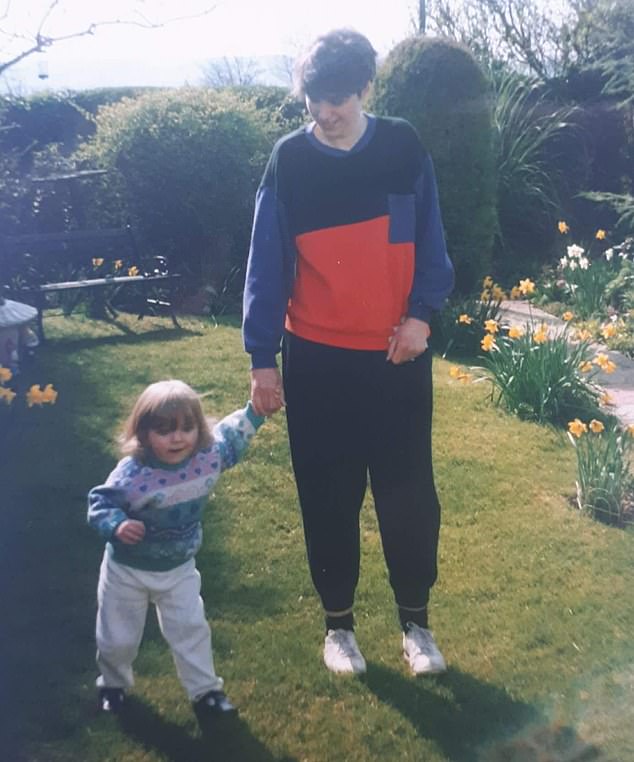 Becky says while it’s hard to speak out about her mother’s death, she wants people to be made aware ‘mental health services in this country can, at times, be so bad that someone can be reaching out actively for health and still not get anything’

The harrowing realisation that an ‘overstretched’ system had, on multiple occasions, seen her mother not receive adequate mental health care left Becky furious in the days following her mother’s death.

She says: ‘I felt angry at the specific people she’d spoken to. However, when I thought about it over time I think I’ve moved away from that a lot. They’re working in an extremely overstretched system and I don’t think it is their fault.’

While it is normal to feel down from time to time, people with depression may feel persistently unhappy for weeks or months on end.

Depression can affect anyone at any age and is fairly common – approximately one in ten people are likely to experience it at some point in their life.

Depression is a genuine health condition which people cannot just ignore or ‘snap out of it’.

Symptoms and effects vary, but can include constantly feeling upset or hopeless, or losing interest in things you used to enjoy.

It can also cause physical symptoms such as problems sleeping, tiredness, having a low appetite or sex drive, and even feeling physical pain.

In extreme cases it can lead to suicidal thoughts.

Traumatic events can trigger it, and people with a family history may be more at risk.

It is important to see a doctor if you think you or someone you know has depression, as it can be managed with lifestyle changes, therapy or medication.

In the weeks that followed, Becky suffered from insomnia and nightmares about the way Julie died but was told that ‘most people start to feel better after a year’ and says she had to ‘fight’ to access mental health services herself.

She says: ‘It was horrible, I had to fight and really complain at them. Because I wasn’t suicidal, I think they thought “we can push this away for a bit”. It took a whole year to get help from when I first asked’.

Becky says the reason she decided to speak out about her own family’s tragic experience is to get people to understand ‘that people can die in this way, that mental health services in this country can, at times, be so bad that someone can be reaching out actively for health and still not get anything, even when there are signs as obvious as what was happening to my mum’.

A spokesperson for Avon and Wiltshire Mental Health Trust said after the inquest in 2018: ‘The death of Julie Montacute was a tragic event and we would like to offer our sincere condolences to her family.

‘We fully accept the findings of the coroner. It is clear that we did not provide the standard of care that Mrs Montacute needed and we apologise to her family unreservedly.

‘We have already changed our working practices and procedures but we know that there is still more for us to learn.

‘We will examine the full details of the coroner’s findings to ensure we do everything we can to prevent this from happening again.’

The Somerset Partnership told MailOnline: ‘We were deeply saddened by Julie’s death and invite her family to talk to us if they have any questions or concerns about the care we provided or how we support patients with mental health needs in A&E.’

For access to mental health advice, call the Samaritans on 116 123 or visit  www.samaritans.org