David Eigenberg: It Was 'Scary' Stepping Back Into Sex and the City's Steve

His big return! Fans couldn’t want to see David Eigenberg‘s Steve Brady and Cynthia Nixon’s Miranda Hobbes back together on And Just Like That, but he was a bit nervous to return to the Sex and the City world.

‘Sex and the City’ Men: Where Are They Now?

“It’s been 20 years since the TV show almost. It was scary,” the actor, 57, told Us Weekly exclusively at the Wednesday, December 8, premiere of the revival in New York City. “I’ve always been an in and out guy. I say that on Sex and the City! I pop in and pop out, so I was trying to find my sea legs a little bit. But it was fun, we snapped back into it. It’s always great seeing the same lovely faces.”

After appearing as Miranda’s on-off love interest in 41 episodes of HBO’s Sex and the City and starring in both films, Eigenberg moved to Illinois. He’s been starring as Christopher Herrmann on Chicago Fire since 2012. 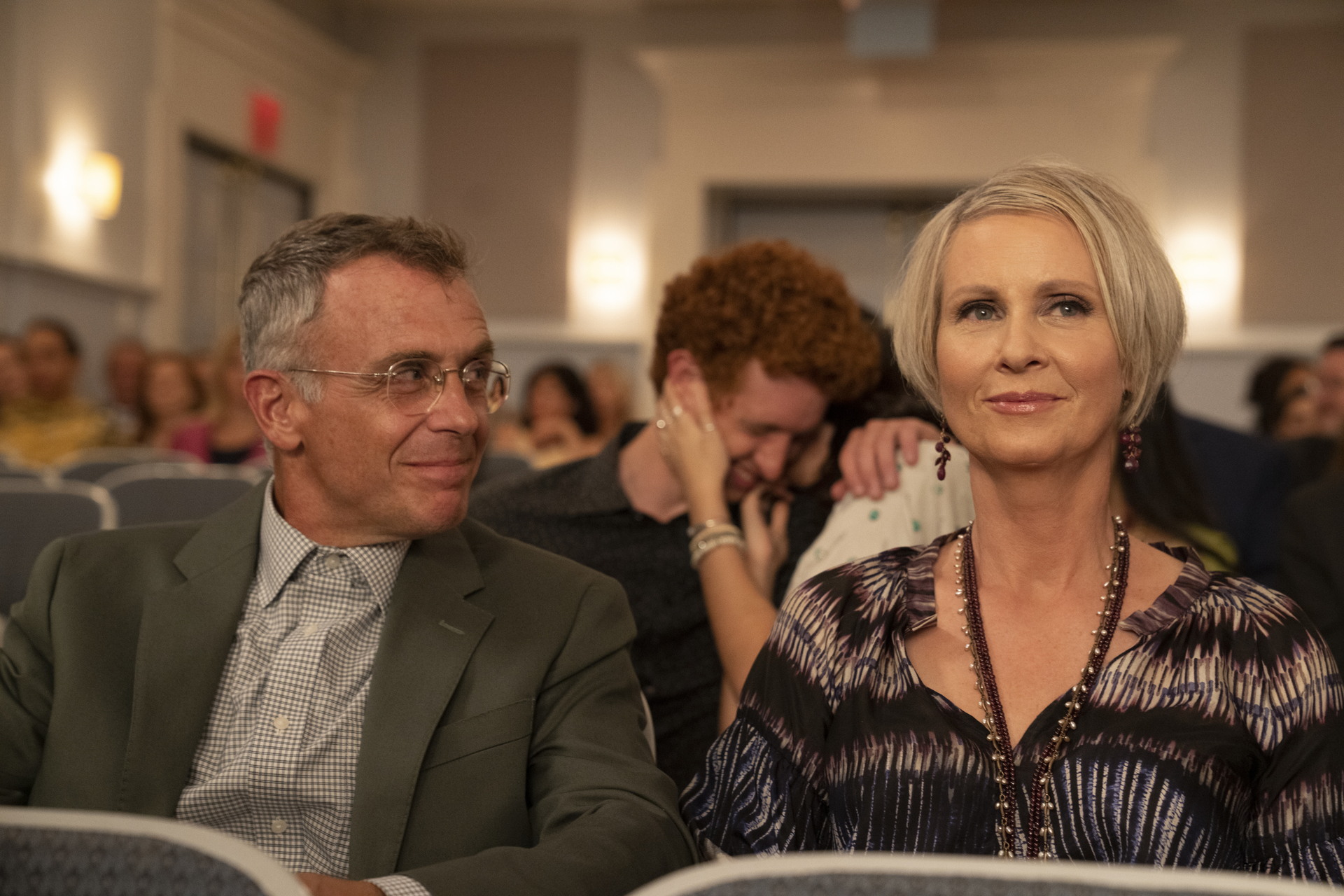 “To me, they’re really different [characters],” the New York native said of the two roles. “I’ve been doing salty, old firefighter for 10 years — I don’t know where that [time] went. And then you know, sweet, loving, caring take it on the chin Steve. So, it was different, I kind of did a bad Brooklyn [accent] here and I do a bad Chicago dialect in Chicago. They’re different!”

When fans last saw Steve and Miranda, they were still together and raising their young son, Brady, in Brooklyn. Now, he’s all grown up and the couple are still going strong.

“There’s a lot of love [between them],” the Killing Eleanor actor shared with Us. “There really is, and they’ve raised a great kid and the horizon holds the future and we’ll see where they go.” 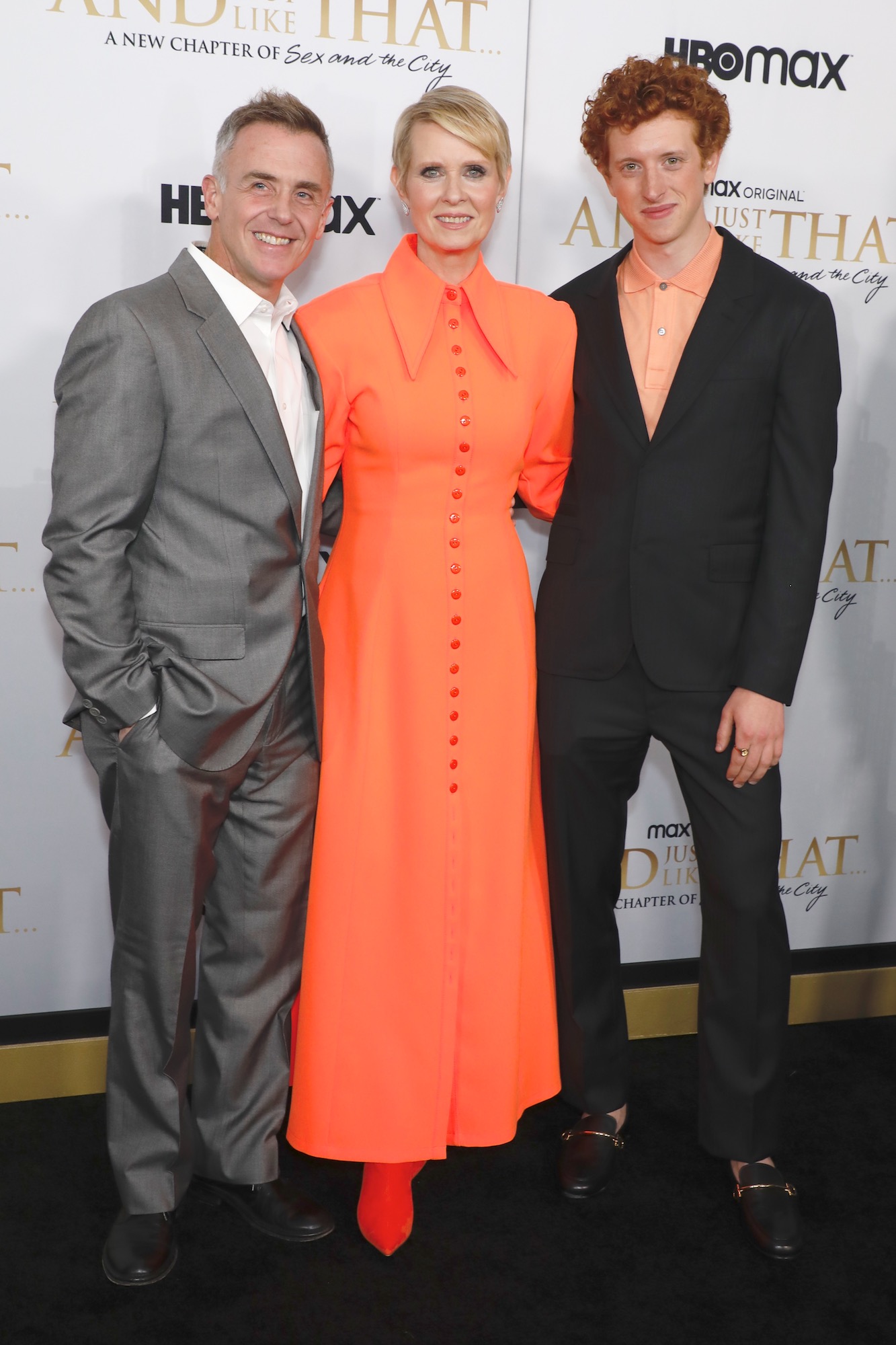 Niall Cunningham stars as the now-teenage son of the couple — and he doesn’t make it easy for the parents.

“[He’s] just a little at war as every 17 year old is with their parents and maybe more in an adult way than most teenagers because he’s from Brooklyn,” the actor, 27, told Us at the MoMA on Wednesday, noting that Brady is “a mix” of both his parents. “Some of Steve’s go at your own speed, bro-y vibe is there, but I think Miranda’s dry sense of humor and intensity is definitely a part of him.”

Cosmo Time! Where Every ‘SATC’ Character Is When ‘And Just Like That’

Personally, Cunningham identifies as “a Charlotte,” the character played by Kristin Davis.

“I think I’m a romantic, I would say,” the Okja star said. “Everyone thinks they’re Miranda and at heart, I’m a little bit more sappy and romantic and not as hard-edged. Not that Miranda is not a romantic.”

And Just Like That is now streaming on HBO Max.